Pet Sematary is not Stephen King’s best work of 2019. 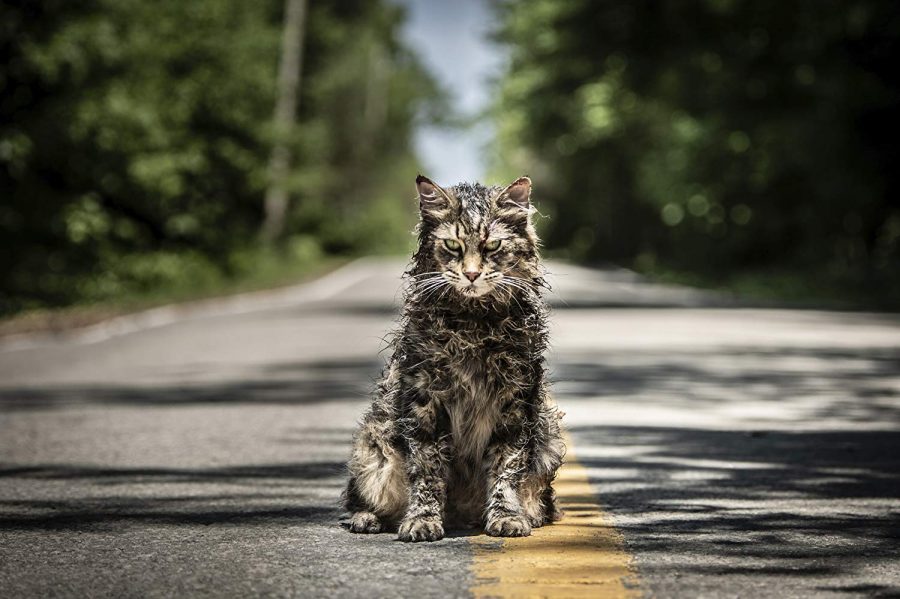 Image still from the remake of, "Pet Sematary." (Paramount/TNS)

Image still from the remake of, “Pet Sematary.” Photo Courtesy of Paramount/TNS.

Stephen King’s newest reboot for his horror book “Pet Semetary” was released on April 5. The 2019 version of Pet Semetary is the book’s third film adaptation and while it was not bad, pet horror movies should definitely be left in the 1980s because of the odd horror factors.

The story follows a family’s new move into a small town in Maine for an unspecified reason. The movie is set in the present day and the family consists of the father Louis Creed (Jason Clarke), the mother Rachel Creed (Amy Seimetz), an older daughter Ellie Creed (Jeté Laurence), a younger son Gage Creed (Lucas Lavoie) and their family cat, Church. Their cat later passes away and comes back to life after being buried in the pet cemetery, which is the root of problems later in the film.

While moving into their new home, Rachel realizes that the land bought along with their house is where the town buries its pets as a ritual. This area is referred to as “Pet Sematary”, thus explaining the movie title. The horrors of the film bloom from this point onwards.

The flaws with the movie did not have to do with the acting or if it was scary, those points were good, but more with the fact that the present day setting of the movie was too odd for the story itself. For example, the parents in the movie seemed unbothered that there was a pet cemetery on their land and that the children of the town had ritual buryings for their pets, which included the children wearing pet masks.

This problem has occurred before, such as in the movie “Carrie” in 2013. The storyline was good, but it made more sense in the 70s since kids back then were crueler when bullying students, justifying the plot of Carrie when the school bully dumps pigs blood on her.

In “Pet Sematary”, similar problems occurred with parts of the horror aspect of the film. The plot could have made more sense in the past, but for the present day, it can almost be seen as comical to some which could not be relatable to people now.

Although aspects of the movie may not be relatable to 2019, the overall storyline of the movie was solid and entertaining. The movie was surprising, such as using the pet cemetery to revive people instead of animals and the acting was great and will definitely earn the approval of  Stephen King fans.