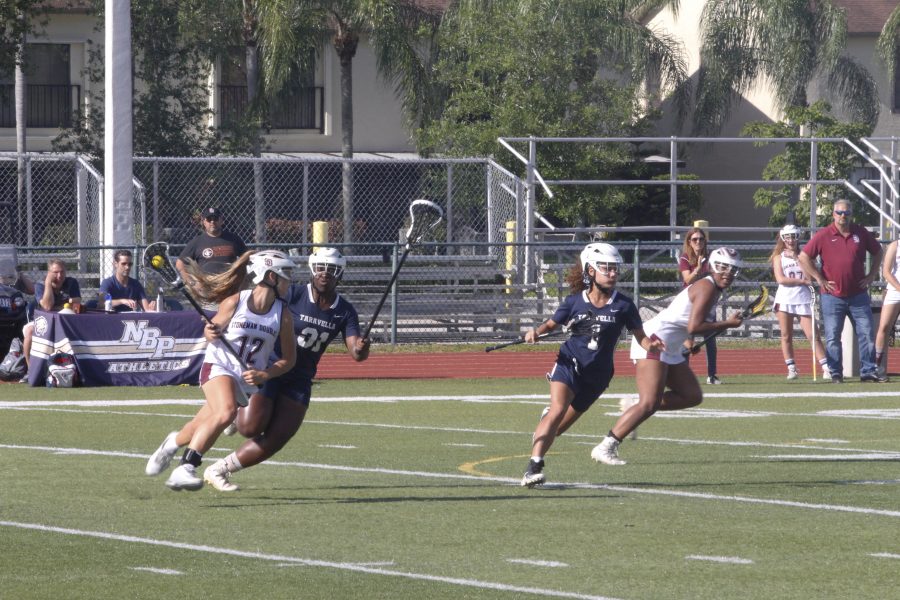 The team played against the J. P. Taravella High School Trojans. The game was held at North Broward Preparatory School, started around 5 p.m. and the weather consisted of clear skies.

The Lady Eagles won with a score of 15-9. The team has been preparing to beat the Trojans in the district championship since last year and they succeeded.

“We felt like we achieved a goal,” midfielder Lauren Figas (12) said. “We all worked very hard to win districts. Every player hustled to the ball. We did amazing together and we were able to play great defense to keep them scoring a low number of goals. The team kept composure and didn’t let them get to our heads.”

The overall record for the season so far is 16 wins to 4 losses.

“It was a great win and awesome to see how our team came together and finished strong,” defender Sari Kaufman (11) said. “We have been preparing to beat Taravella in districts because we knew that they were much better this year than last year. We had a good lead throughout the game.”

The team is working very hard and they are determined to beat some of the harder teams that they lost to in the regular season.

“I think if we working together and don’t give up we can make it pretty far in regionals,” Figas said.

They play Pine Crest School next week in the regional tournament. The date and time of the next game is to be announced.