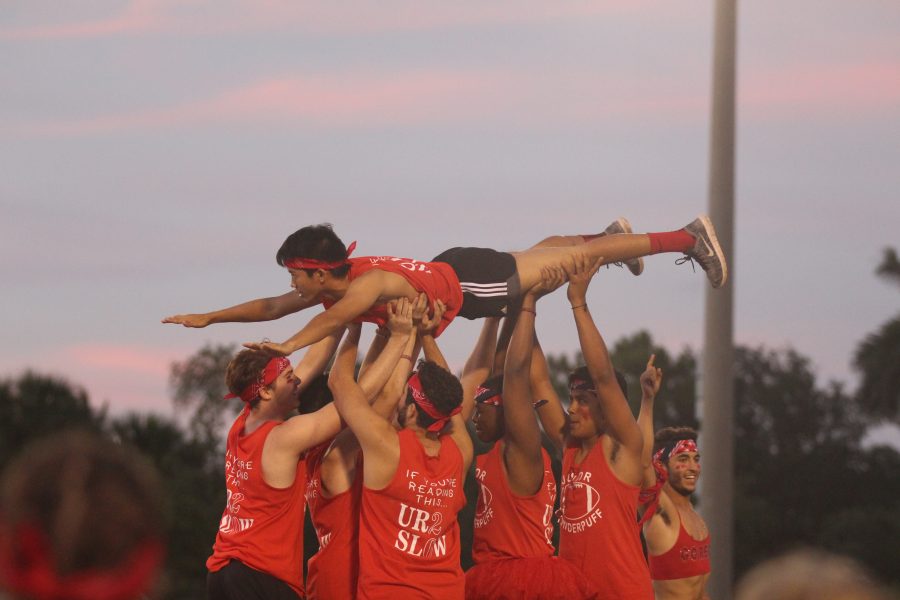 On April 23, the annual powderpuff competition took place at Cumber Stadium at 7 p.m.

This year Powderpuff was postponed a week later than its original scheduled date due to a planned pep rally, that was ultimately cancelled.

The event cost five dollars for all spectators. The majority of enthusiasm came from the competitors, who were excited to show off their skills.

“A lot of the girls on the team play other sports and were super competitive and vying to win,” senior Allison Torres said.

The senior class won the first game against the freshman 20-0. Sophomores beat the juniors, for the first time in the history of powderpuff at MSD. This caught the crowd by surprise.

“The girls played dirty and were willing to do anything to win,” junior Jhan Ledezma said.

Although the competition on the field was intense, the boys have proven that the night truly was all fun and games.

“This by far is one the best memories I’ll have in high school. We won our freshman year, and to win again our senior year just proves that we are the best. I had a lot of fun, and it’s something I’ll miss after high school,” senior Navid Rafiee said.

The money that was raised for ticket sales will be split among for all four classes, however the senior class gets the highest amount because it was hosted by them.