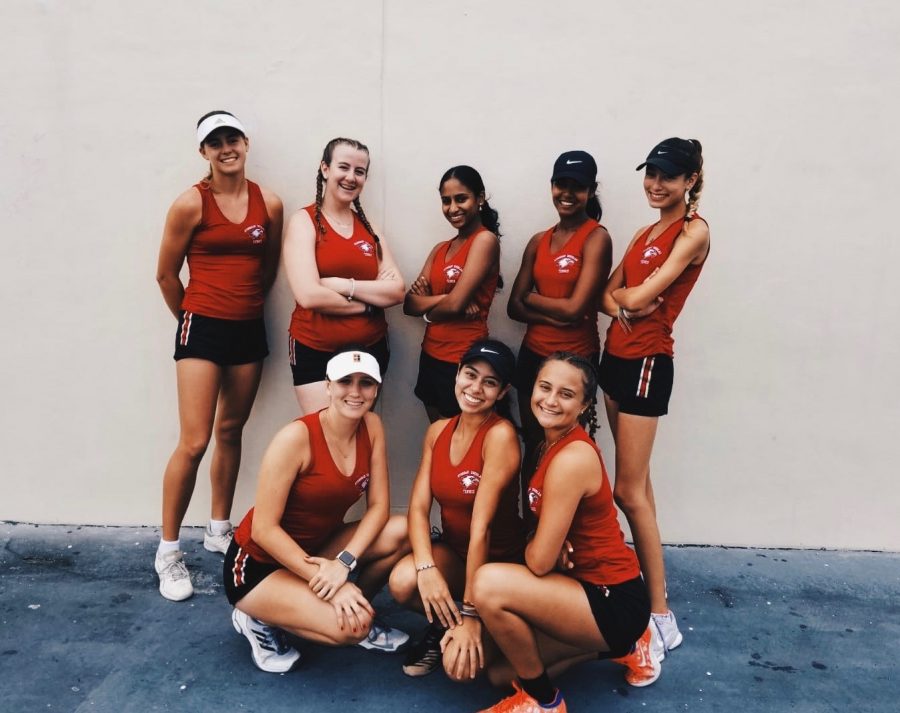 On Tuesday, April 23, and Thursday, April 25, the women’s varsity tennis team regional tournament took place on the tennis courts at MSD. Due to the team’s win last week, they got home court advantage both days. The team played Cooper City High School on Tuesday and St. Thomas Aquinas School (STA), their rivals, on Thursday.

Playing against Cooper City High School was an easy win for the girls. Because of their win, they advanced to the regional championship on Thursday against STA.

They won three out of five single matches versus STA, so they were required to play doubles too and ended up winning those matches.

“It was an easy win against Cooper City,” senior Allie Schuller said. “Playing against STA was definitely more of a challenge but I am glad we pulled through with the win.”

The team was expected to play well because of their win against STA at last week’s district finals.

“I was really excited to play in regionals because it was one step closer to my goal, states,” junior Amanda Aponte said. “When I went onto the court, I gave my absolute 100% and that brought my confidence to the next level.”

After the multitude of wins and being named champions during the regional finals, the team will advance to the state competition next week.

The team is expected to play their hearts out at the state tournament next week in order to be named champions once again.