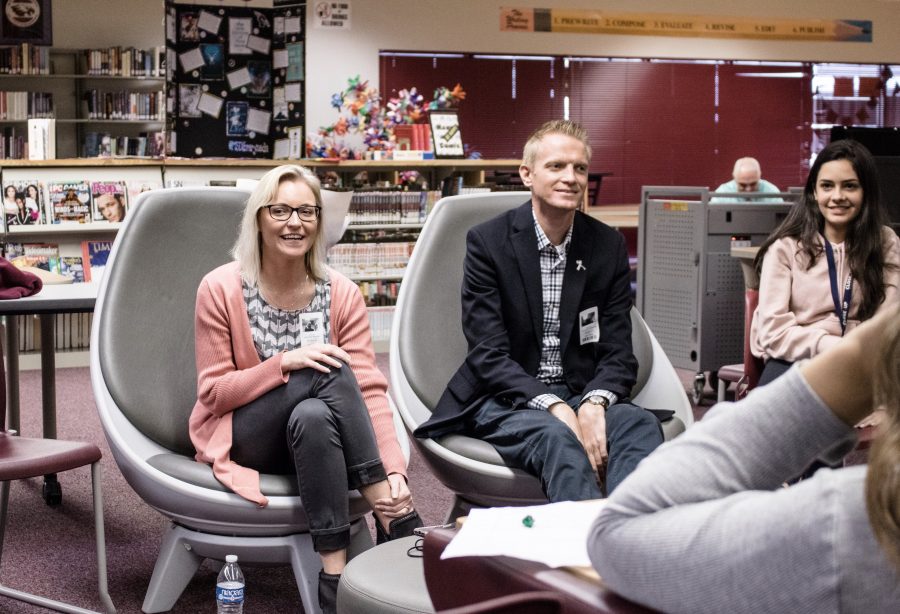 The 20th anniversary of the Columbine shooting was on Apr. 20. Two survivors of the shooting and alumni of Columbine High School, Heather Martin and Jonathan McMaster came to visit and speak to students at Marjory Stoneman Douglas High School to impart wisdom from their experiences.

Students had the opportunity to speak to Martin and McMaster during their personalization period and share their experiences as well. They were in the media center all day, and if students did not have the opportunity to go during the school day, they were able to talk after school.

“I really wanted to speak to the students because it’s good to be directly connected with other survivors,” Martin said. “I know that I felt really isolated and didn’t really know what to expect and it’s different for everyone, of course. But being able to have something good come out of my experience in that I can support other people or help other people by sharing my story means a lot to me.”

Martin spoke about her feelings after the shooting at Columbine and gave advice to students on how to try to move on but never forget.

Leadership teacher, Danielle Driscoll invited Martin to come speak, and at a high school reunion for the 20th anniversary, Martin invited McMaster to join her.

“I saw the opportunity to try and support kids who had been through what we had been through and maybe gear them to the future and help them recover, get better and move on with their lives,” McMaster said. “ We want to support them anyway we can and let them know what they’re going through is, normal.”

McMasters also gave his own advice to the students of MSD.

“Seek the help that you need. Rebuild, recover and repair. And move forward because it gets better,”  McMaster said.

Both Martin and McMaster left with more understanding of the experience that the MSD students went through and how they’re similar yet different at the same time.

“I learned so much from the kids here,” McMaster said. “ I learned not only about their experience but they validated my experience too. It was like yeah I went through that too when I was your age and I was where they were. I definitely learned more about them than they learned about me.”

Both of their stories about how they felt and what they went through resonated with the students at MSD after events that occured on Feb. 14.

“The courage, intelligence and how insightful the students are here is really encouraging to meet you guys,” Martin said.

The visit to MSD was helpful to the students who wanted to speak to others who had gone through the same struggles and emotions.

“I definitely learned about their experience and they listened to my personal experience and it was a very therapeutic moment and I felt like I had found people who know my struggle,” senior Justin Benson said. “I am very thankful for their visit and I hope they learned just the same way I did from them.”