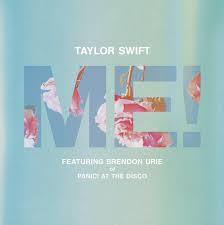 After nearly a year and a half since the release of her previous album “Reputation” released on Nov. 10, Taylor Swift has released the song “Me!” featuring Panic! At the Disco’s Brendon Urie on Friday, April 26, 2019.

Despite the song’s almost immediate commercial success, the song does not match up to the attention it has been given. After Swift’s significant break from releasing music and being in the direct spotlight, Swift was expected to release a banger that matched her previous singles, like the excitement of “Shake It Off” or the more raw emotion of “Delicate”. However, “Me!” seems like just another pop song that is even too childish and simple for her young pre-teen fans.

The song lacks any uniqueness or special qualities. The only thing that is shocking enough to catch the audience’s attention is when Swift exclaims, “hey kids, spelling is fun” midway through the song, and it was not shocking in any good way.

Following this exclamation, Swift and Urie go on to discuss the presence of “me” in “team” and the lack thereof of “I” in “team”. It is so beyond cliche. It makes the audience wonder how these two talented artists who produced such songs as “Ballad of Mona Lisa” and “Shake It Off” could consider “Me!” worthy of their time and money, especially worthy enough to make into a single.

The production of music video far outshines the song or it’s lyrics. It’s use of bright colors and the animations make it interesting; however, it further emphasizes the childish tone of the song.

If this song is any indication about what the rest of Swift’s upcoming album will be like, then it is already a disappointment.