THE EAGLE EYE • May 17, 2019 • https://eagleeye.news/10348/artsandleisure/not-even-bones-is-a-gruelling-story-that-separates-itself-from-the-young-adult-genre/

Review: “Not Even Bones” is a grueling story that separates itself from the young adult genre 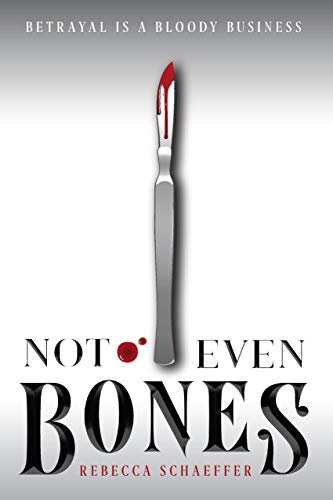 In Rebecca Schaeffer’s thrilling novel “Not Even Bones,” Schaeffer explores the thin line that divides what is defined as good and bad within her main character, Nita. Her experiences showcase the “us vs them” mentality that is unique to her characterization as an anti-hero.

The world of “Not Even Bones” is set in the real world, but introduces a group of people called the “unnaturals” who are supernatural beings that coexist with humans. However, these “unnaturals” are not completely loved by their human counterparts and are sought after by a range of individuals who wish to sell their valuable body parts. Nita and her mother are not only “unnaturals” but Nita’s mother also hunts “unnaturals”.

The main conflict of the novel comes from Nita herself; her love for dissecting the bodies that her mother brings in clashes with her inability to kill a live supernatural boy. This inability and defiance leads to Nita becoming a commodity instead of a supplier of the “unnatural” black market.

Nita is then faced with being able to keep herself alive while, unlike other books with heroines who put all others above themselves, Nita does everything and anything that she can in order to keep herself alive. She is facing the evils of the world and accepting the darkness inside of herself.

The story is gruesome and dark in comparison to other YA novels in the same genre with graphic torture scenes and vivid descriptions of severed body parts; it sets itself apart from other fantasy novels and creates a category all for itself.

Overall, “Not Even Bones” is perfect for fans of dark and twisted novels and keeps readers on the edge of their seats as they wait for the second instalment of the “Market for Monsters” series.