THE EAGLE EYE • May 21, 2019 • https://eagleeye.news/10401/feature/girls-wrestling-member-sarah-ochoa-qualifies-for-national-team/ 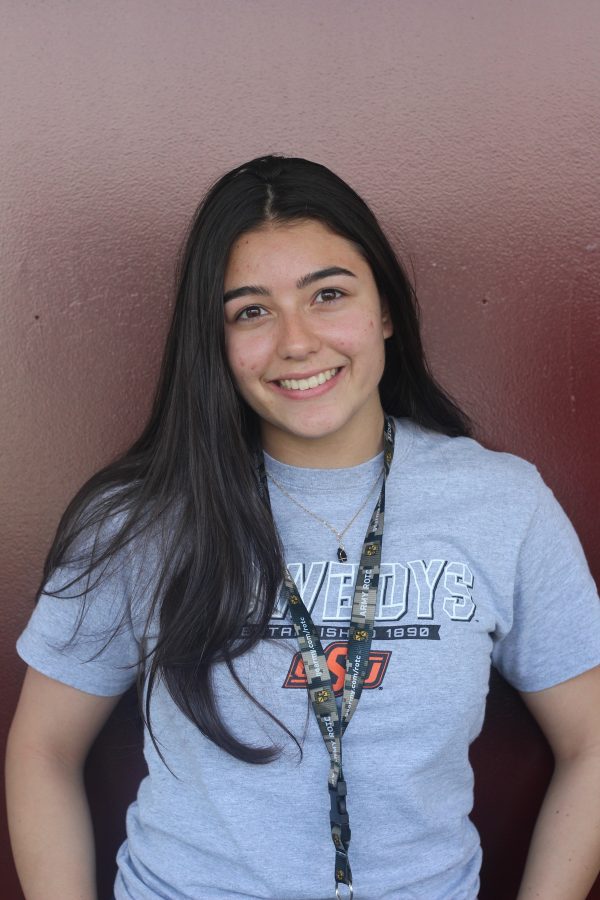 After finishing in 2nd place at the Girl’s Freestyle State Wrestling Championships this past weekend, junior Sara Ochoa has become a qualifier for the U.S. Marine Corps junior national wrestling competition.

In order to qualify, Ochoa won multiple matches in her weight class in the Greco-roman wrestling style and came close to winning the state champion title, but achieved 2nd place overall.

“I probably would have had a better chance at getting first place if it wasn’t for my leg injury,” Ochoa said. “Thanks to my first couple matches, it got really inflamed leading up to the final match.”

Ochoa’s previous leg injury reignited previous pain during her qualifying matches, but she planned on taking time to heal before nationals.

Nationals will be on July 12-19, with a four-day training camp in Orlando before the event.

“I think the camp is just as important as the competition, to really get in that last minute training with different coaches,” Ochoa said. “It’s going to make me even more prepared for nationals, which I’m really excited for”

The camp will allow Ochoa to bulk up and allow for final preparations before flying up to North Dakota, where nationals will be held.

After qualifying, Ochoa has been in contact with multiple coaches involved in the national tournament, who will help her prepare for success at the competition as well as put her in contact with college wrestling coaches.

“I would love to wrestle past high school if the college has good academic programs on top of a good wrestling program, though those may be hard to find,” Ochoa said.

This national tournament will cap off Ochoa’s wrestling career as a junior student, and prepare her for next year’s regional competitions in Florida.

“I’m so excited to prove myself at this competition, and really start my senior year off with a bang,” Ochoa said. “hopefully competitions like these can be stepping stones to college wrestling and even the Olympics, who knows.”