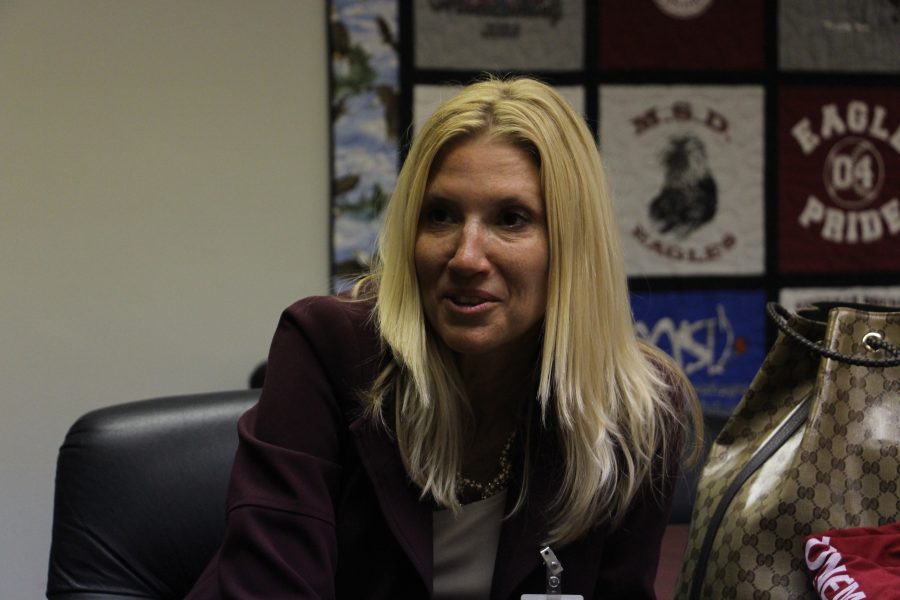 After 14 years away from Marjory Stoneman Douglas High School, Michelle Kefford has officially confirmed her return for the upcoming 2019-2020 school year. This time however she will not be teaching the students at MSD but instead leading them as their new principal.

Before becoming the current principal of Charles W. Flanagan High School in Pembroke Pines, Kefford taught at MSD for six years in the science department as one of the Biology teachers. Prior to returning to Parkland, she earned her Bachelor’s degree in biology from Florida State University, a Master’s degree in science education at Florida International University, as well as another Master’s in educational leadership from Florida Atlantic University. Some of her old students have even gone on to become teachers at MSD as well.

“When I had her [as my biology teacher], she was named Ms. Smith,” English teacher Darren Levine said. “I loved that she was always willing to help out anyone who ever needed the extra work. So, as a teacher now, I’ve kind of employed that with my students also, to make myself more available to them if they ever need the extra help.”

After leaving her teaching position at MSD in 2005, Kefford made her way up the ranks of educators and landed the position of Assistant Principal at Western High School in Davie. She continued holding this title as she transitioned to Boyd H. Anderson High School located in Lauderdale Lakes. Kefford never left the Broward County Public Schools district after MSD.

In 2011, she made another major achievement in her career as an educator and earned the title of principal at Charles W. Flanagan High School. She remained there for eight years and will end the current 2018-2019 school year there before transferring to MSD.

“[MSD] is an amazing school,” Kefford said. “I live in this community so I will be with an incredible group of teachers, many of whom I know from my past working here and from different schools I’ve been at throughout my career.”

Following the announcement that current principal Ty Thompson was stepping down from his position, Kefford was named his successor. This was not the only news Kefford received this month. She was also named Florida’s Principal of the Year for 2019, her second consecutive win of the title.

Due to the changes made at MSD since she had taught here, Thompson invited Kefford to the school in order to give her a new perspective on the inner workings. The pair could be seen around the campus throughout the May 17 school day.

“Thompson and I spent the day today going over some of the different things with the school; the different programs and things that are going on,” Kefford said. “I’ll spend the next few weeks speaking with [Thompson] and of course coming in and speaking with the staff and parents and students.”

The students and teachers of MSD have much to expect from Kefford following the additions she has made at Flanagan High School during her eight years there. She implemented two programs named ‘Kefford’s Kids’ and ‘Falcon Flyers’ in an effort to help students succeed in their academic careers. She hopes to help her new MSD students as well.

With the news of a new face running MSD, some students are intrigued to see how this change will benefit the school in the upcoming year, continuing on for the future.

“It seems like a good idea to bring in the number one principal in the state to help out with our school,” freshman Sidney Jenner said.