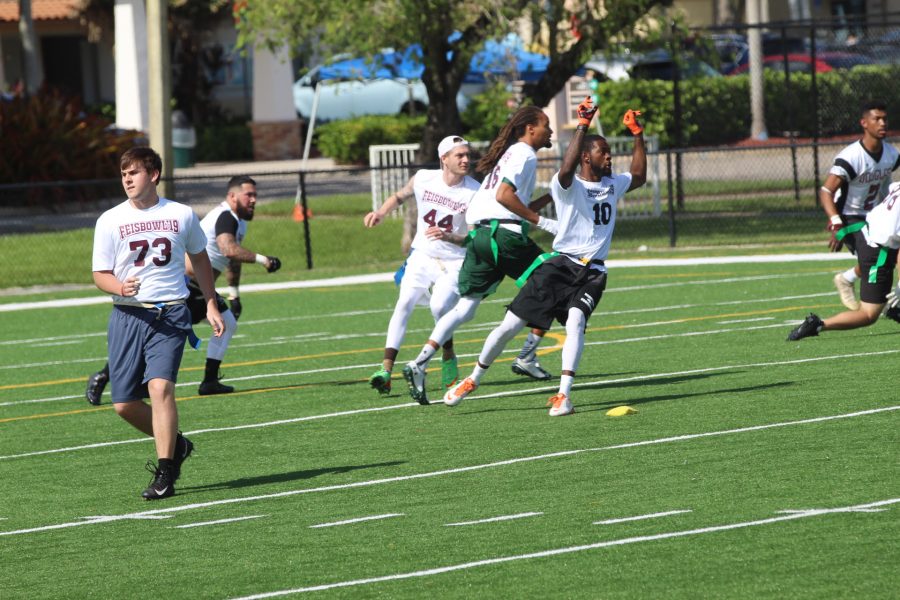 The second annual Feis Bowl took place on May 19, at 4 p.m. at Aiello Field in Mullins Park. This event was ran by Johanna Feis, Aaron Feis’ sister.

“It was like a tournament style,” junior Justin Trujillo said. “Alumni played against alumni until the championship game where the current team played the winning alumni team.”

For alumni to be included in the events, they had to pay $40 but it was free for current MSD players to participate. To be a spectator, general admission tickets were on sale for $10.

Not only were there alumni football teams, but there were alumni and current sideline cheerleaders, coaches, athletic trainers and drumline members who performed.

“It was a very outstanding experience,” current drumline member Darian Williams said. “It was dope to play with people old and young.”

“So we can continue to help the underserved students in our community with the supplies and tools they need to continue their education and have a bright and successful future,” Johanna Feis said in a Facebook post discussing the motivation behind the committee.

The money raised and donated by the local community went to The Coach Aaron Feis Foundation and The Arielle Feis Trust.

“It was a great atmosphere,” junior Adrian Kauffman said. “Everyone came together to celebrate and honor Feis.”

This event appealed to the entire community and all age groups with activities and entertainment that included games, raffles, food, bounce houses, face painting, snow cones and a DJ.

“I think it’s a really good way to keep Feis’ memory alive,” junior Juliette Hoffiz said. “To reconnect the alumni to the team and the school.”