UNDER PRESSURE: Mental health issues affecting teens on the rise 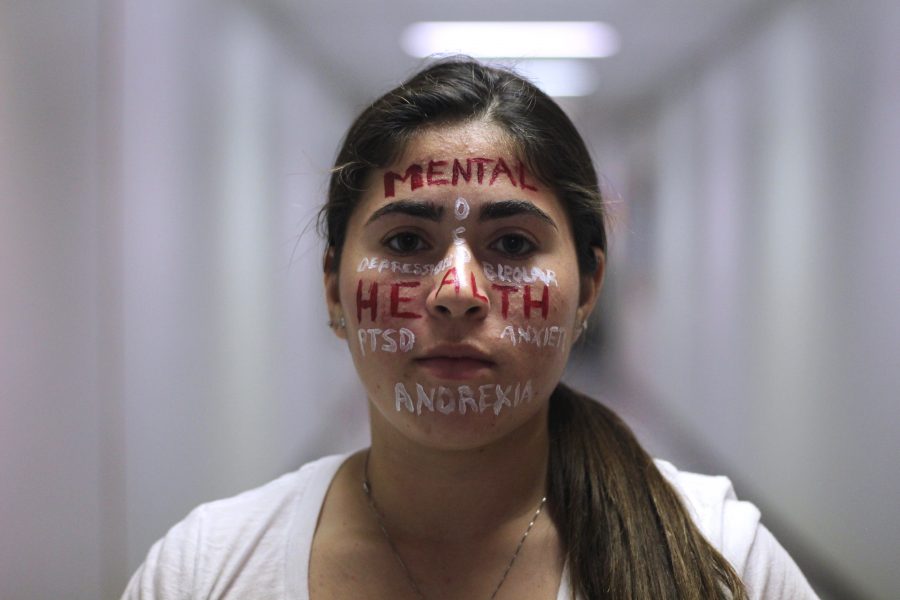 Feet tapping on floors; beads of sweat coating hands, dripping down foreheads; pulse racing a mile a second; constantly feeling on edge, agitated, fatigued. This is the reality that many students with mental health disorders must deal with on a daily basis. Anxiety, as well as a diverse array of mental health issues, have recently gained a considerable amount of awareness as an increasing number of teens battle against these issues.

According to an article by BlueCross BlueShield, in the United States, the most common mental health disorder amongst youth is depression. Diagnoses of major depression have risen 33% since 2013 in the average American, 44% in millennials and 47% in adolescents.

Other psychological disorders commonly found in teens range from PTSD and anxiety disorders to personality disorders and schizophrenia. Substance abuse, along with eating disorders, are also frequent mental health issues among teens today.

One of the leading causes of suicide is mental illnesses and according to a study done by CNN, the number of adolescents who have been to the emergency room because of suicide attempts has drastically increased from 580,000 in 2007 to 1.12 million in 2015.

One in five teens and young adults have a diagnosable mental health condition, most of which develop by the age of 14, according to the National Alliance on Mental Health.

The rise of mental illnesses within adolescents and young adults brings into question why young people in today’s society are more likely to develop mental illnesses than those of previous generations.

There are several theories by scientists who have studied the reason for the increase in mental illness among young people; the most prominent one identified as social media. Social media has been found to be a primary cause of anxiety and pressure for adolescents.

“I did feel like I had to look like the very best version of myself to be able to post [on social media]. That kind of took a toll on my mental health when I was younger because I felt the need to be perfect when that clearly is not possible,” junior Sofia Arvelo said. “[Social media] makes you set impossible expectations of yourself.”

Self-image is not the only reason social media could have a negative effect on one’s mental health; teens today spend less time interacting face-to-face, which can cause the feeling of isolation, a major risk factor in relation to mental illness. Since the surge of smartphones in 2012, teens have spent less time doing things that would positively affect their mental health, like in-person interactions.

Some teens also do not get enough sleep every night due to spending too much time on their phones, which is another major risk factor of mental illness, and yet another reason scientists blame phones for the rise in mental health problems.

The pressures of high school and college can also take a toll on mental health and social media plays a role in that as well.

“You see other people on social media and they’re doing so much better than you and they’re showing the best of themselves. And so you think, ‘Oh, I need to work harder so I can be up with them too.’ It certainly does bring down your self-esteem and it makes you want to be better and do better,” senior Melanie Cardoso said.

There is so much academic pressure put on high school students to get the perfect grades, to get into the perfect university and to have the perfect life that teens often lose sight of the importance of their mental well-being.

Due to some mental health issues relating back to schools, many campuses have implemented health centers as an extension to just an ordinary school clinic, these centers are meant to be a place for students to talk to professionals about any mental health-related concerns.

Even though many acknowledge the reasons teens today face these struggles, there is still a widespread public stigma about mental illness.

In ancient times, it was thought that people with mental illnesses were possessed by evil spirits. While the stigmatization is not as intense in the 21st century, it is still prominent as this stigma comes with a lack of education on the topic of mental illness and the importance of mental health, which can lead to a greater number of people going untreated for mental illnesses.

According to Psychology Today, “stigma, shame, and embarrassment can all play a role in the decision not to seek treatment [for mental illnesses].”

“Mental illness doesn’t necessarily mean there is something wrong with someone. They could just be going through a hard time, and it is very hard to pull yourself out without learning the coping skills and getting the support you need, particularly as an adolescent, that’s a very tough age, if I were a youth in today’s society I don’t know how I would do it,” director of Eagles Haven and licensed clinical social worker Julie Gordon said. “The more support anyone can get, especially in your age group, the better, no one should have to struggle through anxiety, depression or anything like that alone.”

Even with the stigma surrounding mental illness, in recent years many celebrities and influencers have been trying to break down the stigma by using their platforms to educate people and bring awareness to the topic that is so often ignored.

“I have suffered from anxiety and/or depression since I was 18… what I would say to my younger self is don’t be fooled by this game of perfection humans play… you deserve to feel just as beautiful on the days you wear no makeup… you have an obligation to take care of yourself from the inside out because that’s how you can truly feel beautiful,” actress Kristen Bell said in a social media campaign, #MyYoungerSelf, with the Child Mind Institute. “There are resources out there… people to talk to and doctors to interact with, there are tons of solutions out there for you. You are not alone.”

If you or someone you know is dealing with an issue involving mental health and is in need of help, call 211 for additional resources and support.