[Opinion] Why non-black people should not say the n-word 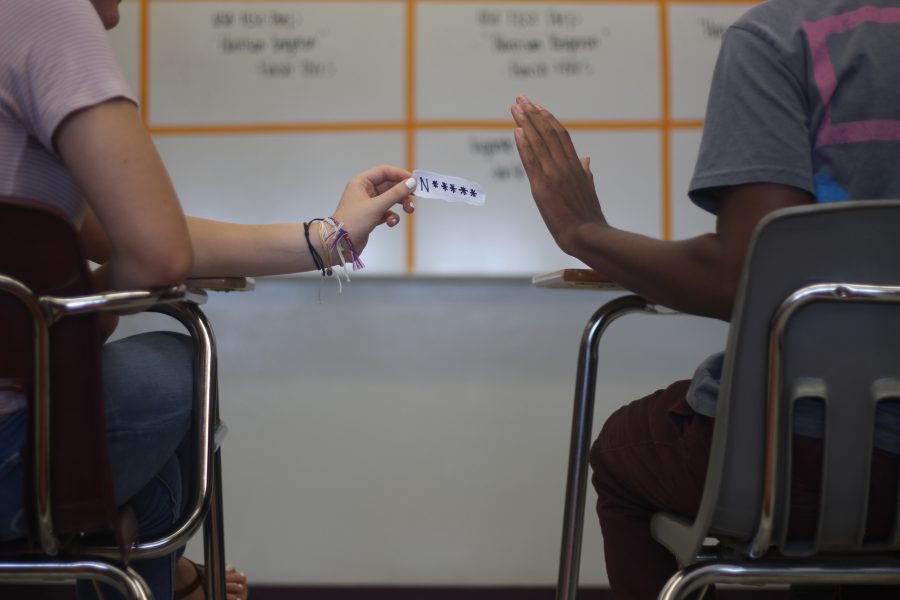 The n-word has been plagued with a dark and tricky history in modern media. Photo illustration by Brianna Jesionowski

The usage of the n-word has been a debate since the creation of political correctness. Despite the dark and oppressive history attached to the n-word, the black community has managed to reclaim the slur and use it as a term of endearment.

In today’s culture, the n-word is primarily used in rap music and as the punchline of a provocative joke. Numerous individuals believe the n-word should not be used by white people, while others think the word should be off-limits. What people fail to realize is if you are not black, you should not have a say in how the word is used.

There is this mentality that because it is used so often in pop culture, the word has lost its negative connotation. That mindset is incorrect because if that were the case, the videos and tweets of people aggressively using the n-word towards black people would be nonexistent. People also would not receive massive amounts of backlash for using the word.

An example of that situation is earlier this year a former Marjory Stoneman Douglas student had his Harvard admission revoked because of his use of the n-word on Twitter and in private messages. Kashuv made very racist remarks in his tweets and texts and his words cannot be excused. However, that further proves the n-word still holds a negative weight despite how it is used in the black community.

If the n-word was just a word then people would not be fired or reprimanded for using it in past social media posts. The fact that this word must be censored when it is being talked about further shows its impact. Even though the black community has changed the connotation of the n-word does not mean that it no longer holds the same effect that it produced years back.

Racism may not be as prevalent as it used to be, but it still affects minorities on a regular basis. Using the n-word if you are not black is wrong and offensive. It is not hard to censor yourself and move on with your day.