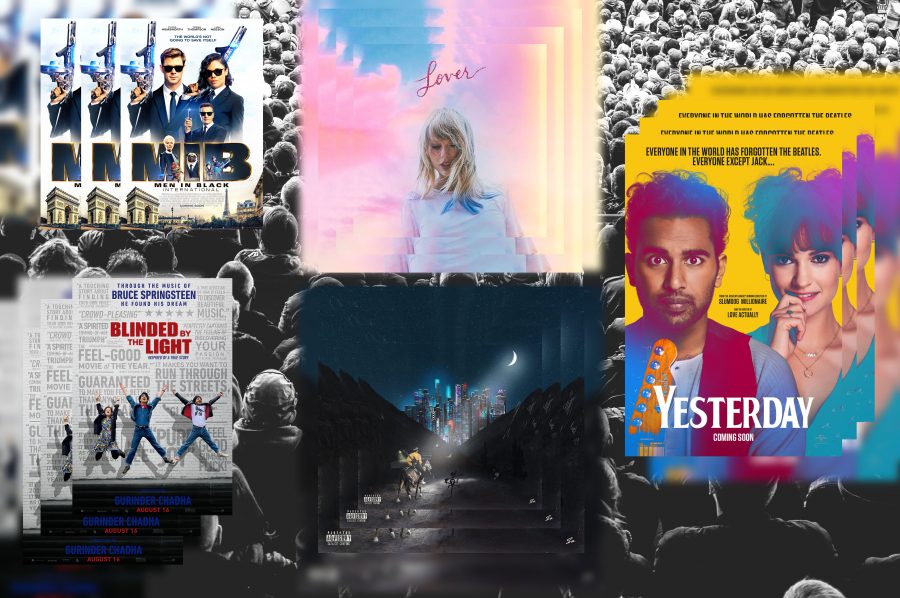 Summer vacation was filled with a variety of entertainment in the form of movies and music.

Films like “Yesterday” and “Blinded by the Light” brought back the music of the late 20th century, depicting legends like The Beatles and Bruce Springsteen on the big screen. “Yesterday” took place in the modern-day with a slight fantasy aspect, featuring the only man who remembers The Beatles. “Blinded by the Light” was about how Bruce Springsteen inspired a British-Pakistani Muslim teenager.

“Men in Black: International” brought a bit of controversy. Some people thought bringing in a female lead, Tessa Thompson, and not Will Smith would lead to the downfall of the movie. The movie bombed box office with only $28 million compared to its predecessors $100 million-plus.

After the dramatic events of “Avengers: Endgame,” the last edition of the Marvel Cinematic Universe’s fourth phase came in the form of “Spider-Man: Far From Home.” Outside of the movie, fans fawned over actor Tom Holland and freaked out when the Sony-Disney contract dispute took away Spider-Man.

Disney’s latest live-action movie, “The Lion King” caught the attention of many new and old fans. Some people did not believe that it lived up to expectations with unemotional CGI animated, a form of photorealistic animation,  animals and extreme hype with marketing.

Adding to the excitement of the summer, Netflix announced the next two movies in the “To All the Boys” trilogy. Along with that, “Stranger Things” third season was released on July 4 with eight binge-worthy episodes.

Throughout the summer, Taylor Swift released songs from her newest album “Lover.” Sticking to what she is known for, “Paper Rings” and “London Boy” are about her current boyfriend; however, other songs like “The Man,” “Soon You’ll Be Better” and “You Need to Calm Down” focus on more serious topics like double standards and cancer.

While other songs came and went, “Old Town Road” by Lil Nas X and Billy Cyrus spent the entire summer in the top five slots of Billboard Hot 100 along with “Bad Guy” by Billie Eilish.

There is something for everyone among the summer hits and blockbusters.