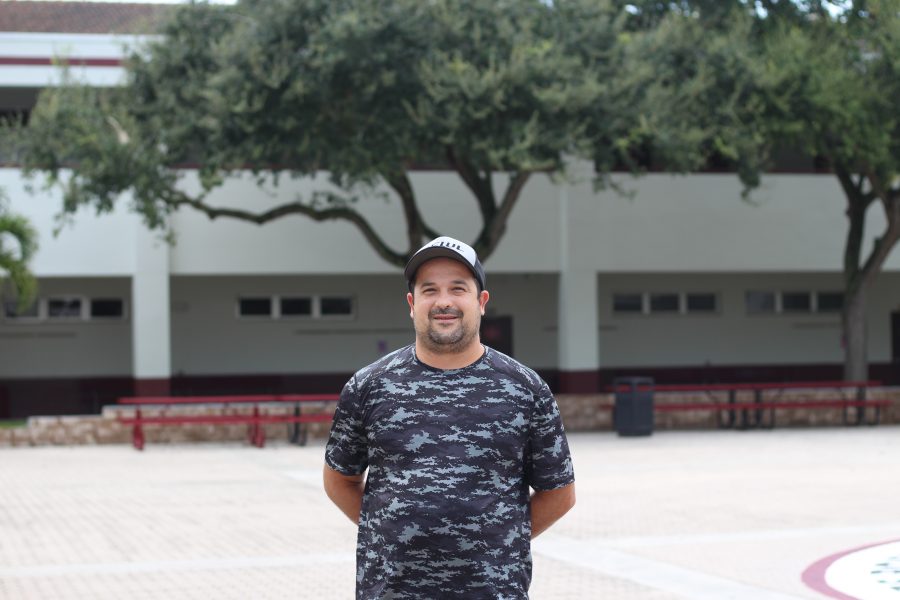 Along with the 2019 MSD Teacher of the Year, Danielle Driscoll, the school celebrated DeBerry’s accomplishment in Driscoll’s room during fourth period on Friday, Aug. 30. DeBerry was called down to room 210 and was told that he had to fix something. Once he arrived, the Eagle Regiment drumline surprised him with the news of his win.

Similar to many of his coworkers, DeBerry did not campaign. He voted for other people, but came out with the title in his hands.

“I didn’t think that I was going to win,” DeBerry said. “I’m fairly new to the position, so I wasn’t too sure on how many people really knew me.”

DeBerry’s wife, Jennifer DeBerry, seven year old son, and ten year old daughter shared the special moment with him. While DeBerry was trying to record the event on his phone, he had his family on FaceTime at the same time. They were able to see the Eagle Regiment drumline and all of the people who were celebrating.

“My family was very excited when they found out I had won,” DeBerry said.

DeBerry had been working in the MSD cafeteria for five years and transferred over to his current position two years ago. He has worked for Broward County for eight years. He works the night shift where he ensures that the facility is clean and sanitized for the next day, so that the students have a safe and prepared environment to learn in. Additionally, DeBerry cleans up after evening and sporting events.

“I feel happy that he won,” custodian Raul Bermudez said. “He is a good and responsible human being and co-worker and will give 100%. He always helps others when they need it, so he deserves it.”

From taking out the trash to cleaning the school’s restrooms, DeBerry works long hours on the school campus during the night to complete his duties efficiently.