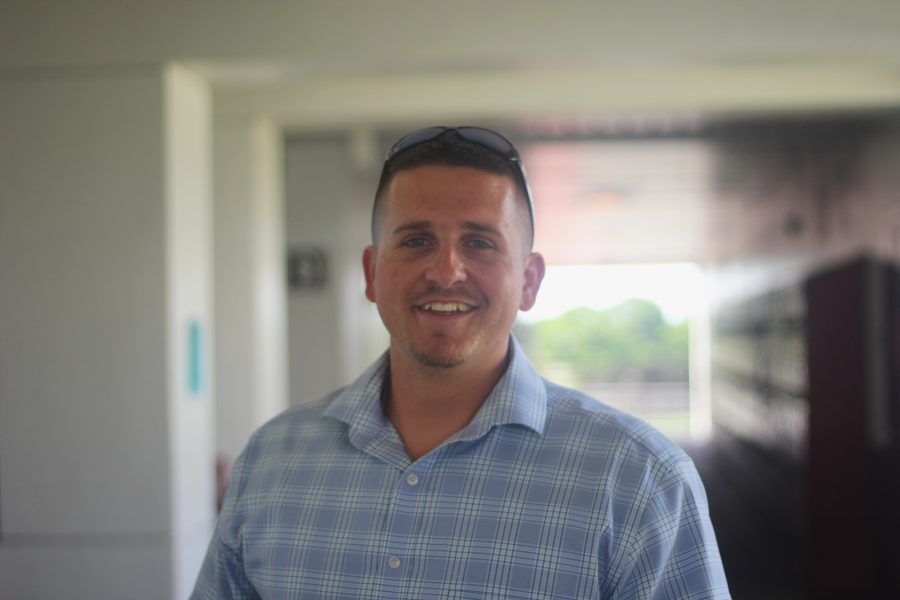 Matthew Wargo is a U.S. history teacher at Marjory Stoneman Douglas High School. Wargo has been teaching at MSD for three years, but recently became one of the new junior varsity football coaches. He is very excited for the opportunity to be able to coach.

Wargo has been colleagues with Varsity football coach, William Short, for the last three years, and was approached by Short to coach. In the beginning of the season, Coach Wargo hoped he would be a good match for the team and can better the team.

Wargo has a certain way of coaching, as well as teaching. He prefers experimenting with different ways that will work best for him and the team.

The team is already enjoying having him as a coach this season, as the team has already created a strong bond with him.

“I think Coach Wargo is a great coach because he treats us like we are his players, friends, and family. He does a really good job of bringing the team together and motivating us to be better athletes and teammates,” tight end Aidan Ousley said.

Although this is Wargo’s first year coaching, he does have experience playing football when he was a student at Boca High School. As the new JV coach, he has set goals for this year’s season.

“My goals so far as JV is that we want to have a winning record, definitely beat our rivals, Coral Springs, and also get these players ready for varsity,” Wargo said.

Wargo is confident in the sophomores on his team and believes that they provide good leadership for the freshman. The JV football team won their first game on Wednesday, Sept. 4 against Coral Springs Charter, 14-6.