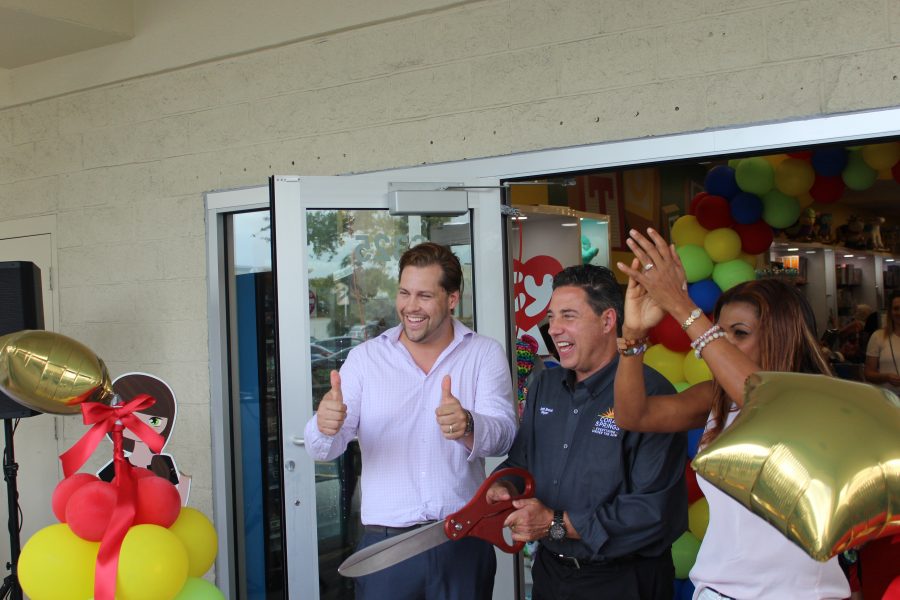 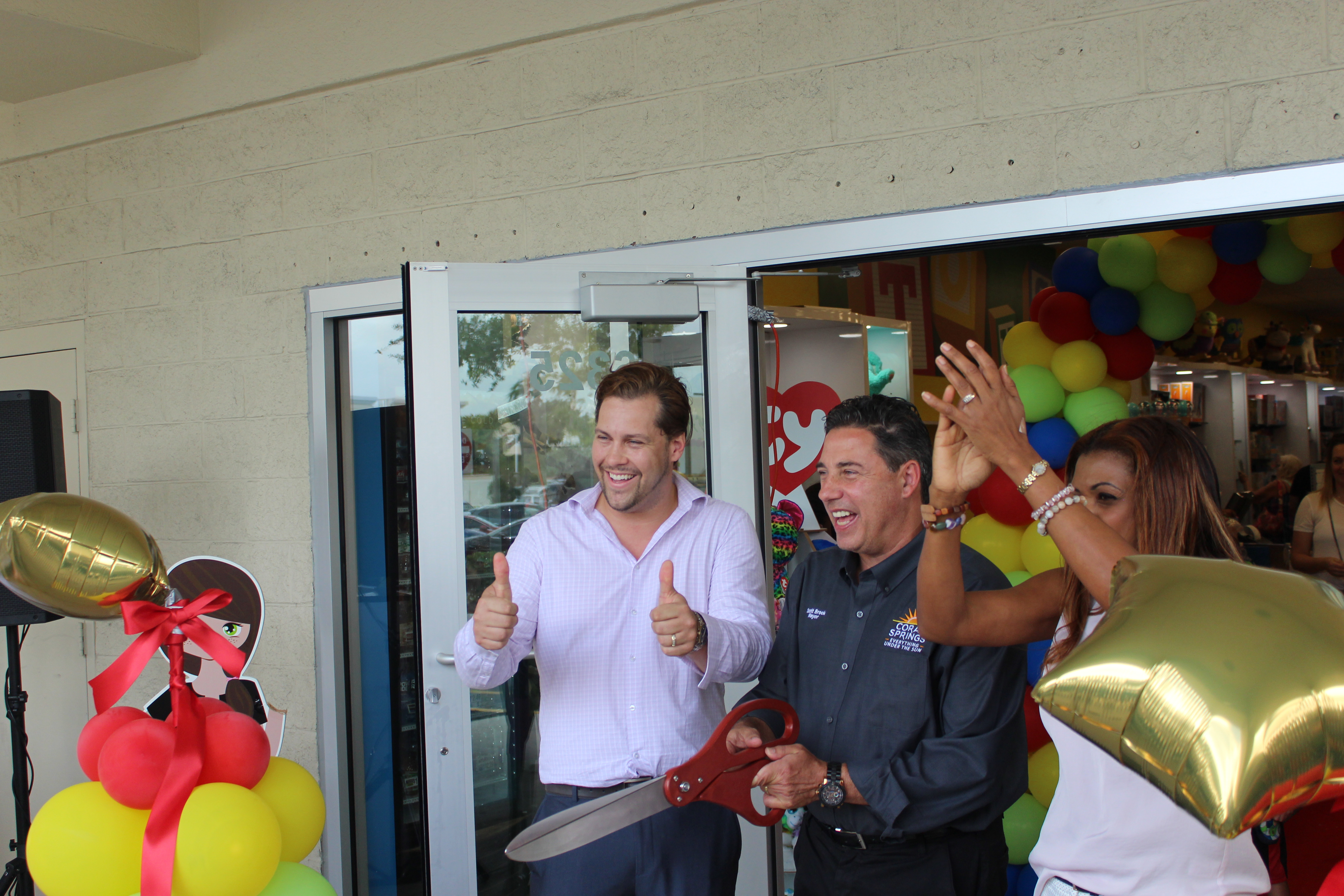 On Saturday, Sept. 21, Coral Springs toy store, Toy Express, hosted their grand opening extravaganza. The event, taking place from 1-4 p.m. at their Turtle Run location, featured a live DJ, character meet-and-greets, a cotton candy machine, refreshments and facepaint. Members of the community, many of which were parents with their young children, attended in high volumes.

The official opening began when owners, Melissa and Patrick Savoie, joined by Coral Springs Mayor Scott Brook, held a ribbon cutting ceremony thirty minutes into the event. Patrons gathered as Brook gave a speech showing his support for the new store and what it can bring to the community. With that, the ribbon was cut and the store was officially opened.

Even though the opening ceremony only lasted a day, there is still a lot that this mom and pop store has to offer during normal operations. With a twelve foot animatronic T-Rex, a baby doll adoption center and a two-story indoor playground, Toy Express goes above and beyond your average toy store.

As a mother of two, Melissa knows the value of interactive play. She would often have a difficult time finding a toy store that would not just provide the products she was looking for, but also provide personalized assistance.

This issue is what lead her and Patrick to create Toy Express. Their biggest priorities are service and experience to make sure the members of the community are not just finding what they want but also enjoying the time they spend with their little ones throughout the shopping process.

“[The residents in the area are] very happy just to have a toy store in the community,” Melissa said.

After the closure of many local toy stores, parents have turned to websites like Amazon to buy toys for their kids. Many parents were excited to see the opening of a new traditional toy store.

“We’re excited that there is a new toy store in town since Toys R Us had closed. This is pretty cool,” parent Aimee Gordon said.

Gordon came to the opening with her seven-year-old daughter Olivia. The pair was able to browse a selection of Barbie dolls and see them in-person.

“Just to actually have a whole bunch of toys in one section and you’re not buying them online, you see them first-hand,” parent Jenny Nelson said.

The Savoies’ aim to service the community is apparent in both what they say and what they have created. They hope that, with the opening of their store, they can continue to serve as a place for family happiness and growth.