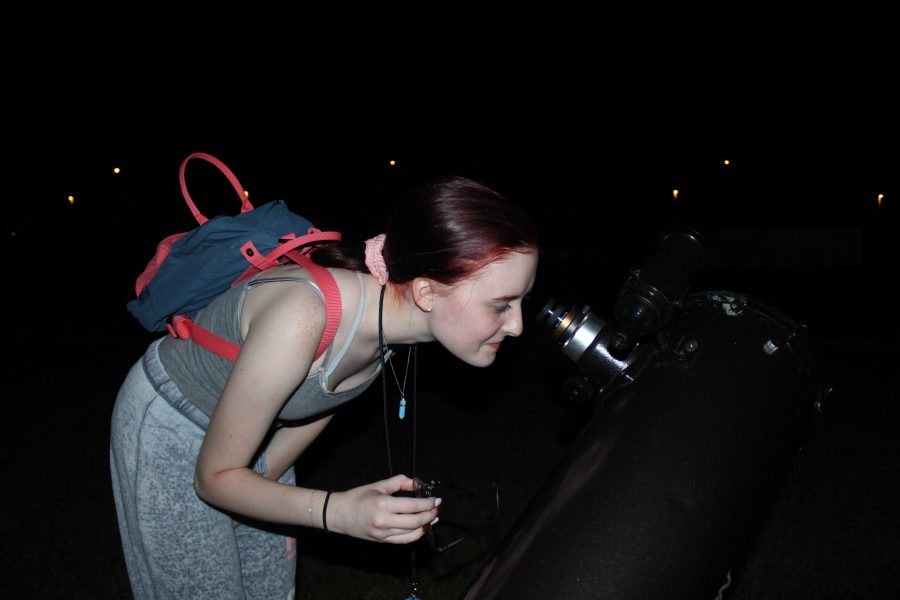 On Tuesday, Sept. 24 at 8 p.m., the Marjory Stoneman Douglas High School Astronomy Club hosted its first astronomy night at Marjory’s Garden. Club members and their friends were invited to a night studying the stars.

Astronomy Club sponsor Brandon Jeter brought in three large and varied telescopes for students to look at the stars as well as learn how to properly study the night sky.

“We all appreciate Mr. Jeter helping the club members to get the event up and ready every year, they’re always so much fun and educational,” astronomy club president Alanna O’Connell said.

The goal of astronomy night is to promote interest in astronomy for both club members and non-members, as well as teach techniques related to astrophotography. Astronomy night also allows for students to have a hands-on application of lessons taught by Jeter in his astronomy class.

The Astronomy Club enhanced the garden with string lights, food, and music, providing a welcoming atmosphere to promote the club as well as solidify lessons from Jeter’s own astronomy class.

“I’m so interested in outer space, so it’s so cool to actually follow the stars and understand astronomy through experience,” senior Andrea Peña said.

MSD Principal Michelle Kefford even visited the event to support astronomy club, and encourage student participation in science and astronomy.

Astronomy night allows members and students to have a more hands-on approach with the lessons in astronomy class or just the subject itself. Astronomy Club members guide students in understanding how to operate different telescopes as well as understand what exactly they are looking at in the night sky.

“My friends and I love Astronomy Club, both for the fun events like trips and astronomy night and the more serious educational projects,” Peña said.

Astronomy club meets every Tuesday and Thursday in Mr. Jeter’s classroom 930. Students can follow the group on Instagram at @astromsd.