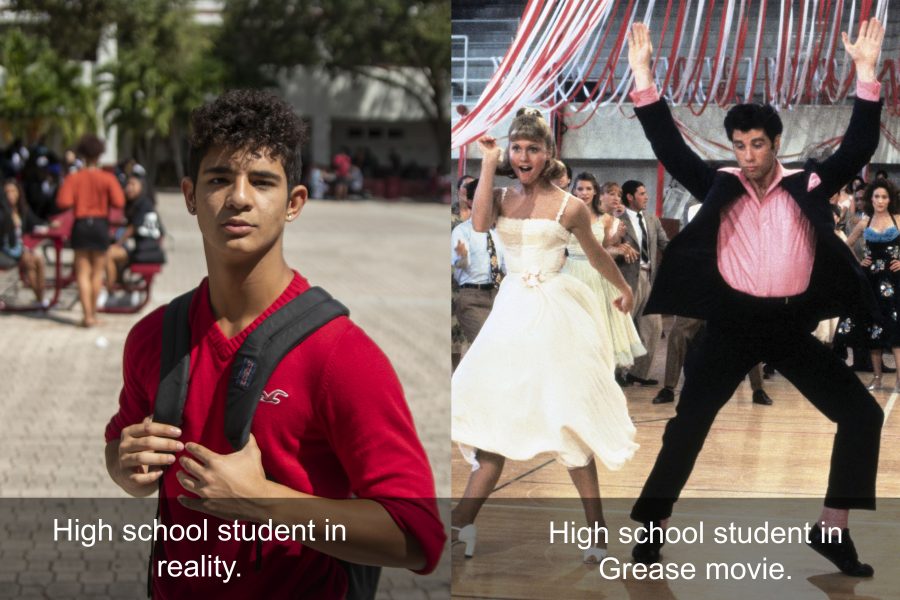 Many movies hire adult actors to play teenage roles. Most of the time these movies have mature content that minors cannot ethically perform; other times it is from increased work hours that minors cannot meet. Sometimes adults are hired just because they are famous.

In many popular young adult dramas such as “Riverdale”, “Teen Wolf” and “Glee”, teens are portrayed as nearly idealistic because they are played by adults. Many of these shows are TV-14 and are required to hire adult actors. The same is done with both Tobey McGuire and Andrew Garfield’s “Spider-Man,” which are often criticized for looking unrealistically mature for Spider-Man’s age.

Even when the age difference between actors and their roles do go unnoticed, it is still misrepresentation. Many people believe Tom Holland looks young enough to play a high schooler, yet he is really 23 years-old and he has been playing Spider-Man since 2016.

Since Netflix’s “Tall Girl” is rated TV-PG, it does not have to worry about mature content. The main characters are high school juniors and two of the actors, Ava Michelle Cota and Anjelika Washington, are the age of juniors. The rest of the cast has a near teenage age range.

Cota, who plays the main character in “Tall Girl”, Jodi, is 17 years-old. Her love interests, Jack (Griffin Gluck) and Stig (Luke Eisner), are 19 and 23 respectively.

Negative body image issues in young girls also arise with inaccurate age representation in the film industry. Young girls hold expectations to the standards of their favorite characters, who happen to be played by adults. In contrast to that, the whole moral of “Tall Girl” is accepting oneself.

As a whole, teenagers are misrepresented in the media. Students do not regularly participate in raves; schools do not have extremely relaxed dress codes, and nobody breaks out into songs. Puberty is written in as a joke and is never displayed properly.

While Hollywood is starting to make positive strides in accurate age representation, there’s still much work to be done. Hopefully, movies like “Tall Girl” will encourage casting directors to follow suit in hiring actors that accurately portray the age of their character