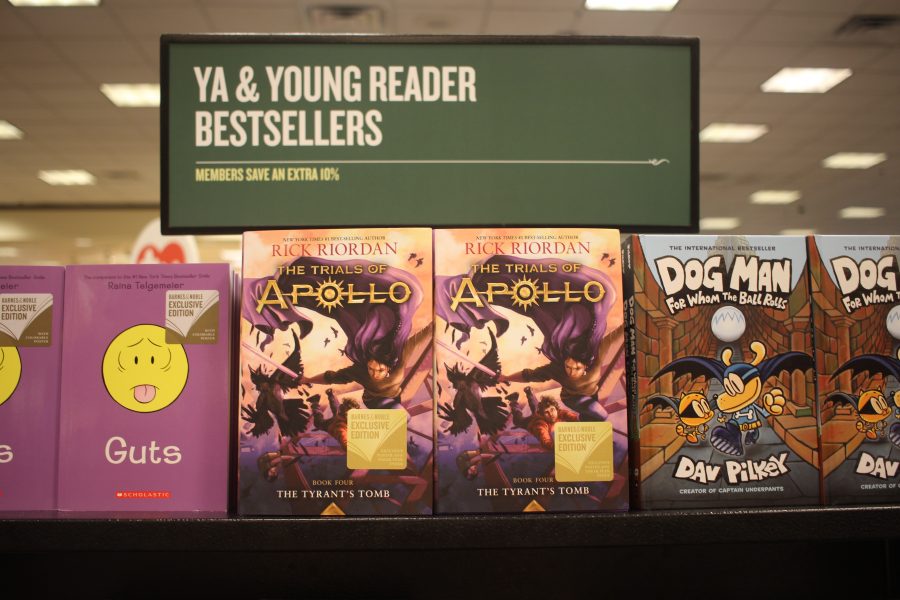 On Tuesday, Sept. 24, 2019, author Rick Riordan released “The Tyrant’s Tomb,” the fourth book from the “Trials of Apollo” series.

The story follows Apollo’s mortal form, Lester, and his ten-year-old master, Meg, on their journey through major and minor prophecies. The first few chapters involves the two arriving and getting accustomed to the Roman camp, Camp Jupiter. From there the audience receives  several godly flashbacks, as well are ghoulish nightmares, as Lester struggles to survive as a mortal.

The sarcastic narrative from none other than Apollo, is full of over dramatic inner dialogue and depressing prophecies. Imagery comes in the form of side comments and nature association. Powers are described nonchalantly, since they are already known in the world.

Like many of Riordan’s other works, several characters have undefined sexualities and complicated, awkward love lives, like many teenagers. This adds to the relatability in the writing even if it’s modern Greco-Roman mythology.

The dual conflict approach is dealt with such grace that the reader is not overwhelmed, but entertained. Following the path of not one, but two prophecies would often be too many plot lines in other formats, but fits the narrative wonderfully.

The universe of demigod created by Riordan contains five series with various other content, including guides and graphic novels. Every book overlaps and shares importance to the universe, but are not exactly essential if one has not read them. The community created by the franchise is close-knit and kind; the creator has been called “Uncle Rick” by many long-term fans.

The audiobook is read by Robbie Daymond, who has done the same for the rest of the series and other young adult novels. His energetic annonciation brings life to Apollo and all the other characters.