Corporations across the country are ending open carry in their stores 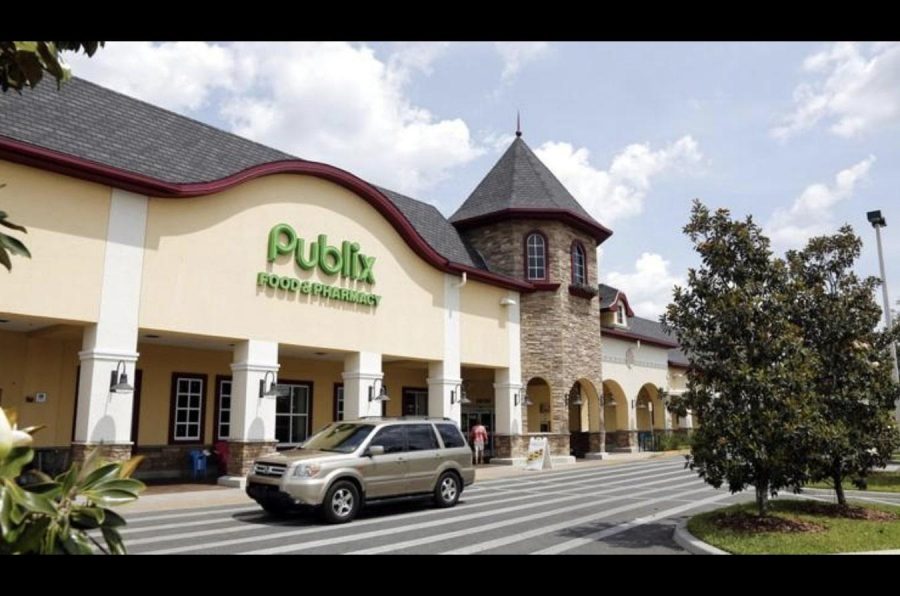 Publix is among the corporations banning open carry. Photo courtesy of News-Journal/TNS

Publix is among the corporations banning open carry. Photo courtesy of News-Journal/TNS

In a wave of new changes to the weapons market, various corporations are changing their stance on the carry and sale of guns. Due to increasing demands from citizens, chains such as Walmart and Publix have made significant changes to their gun policies.

The store that seems to have jump-started these changes is Walmart, after a mass shooting occurred in their El Paso, Texas store, taking the lives of 22 people. Prior to the shooting, Walmart sold guns, including rifles and ammunition. In addition to this, they also permitted  customers to open carry in their stores in states where open carry was legal. However, after the shooting, Walmart began to make changes to its gun policy by banning the open carry of firearms in their stores.

“We are respectfully requesting that customers no longer openly carry firearms into our stores or Sam’s Clubs in states where ‘open carry’ is permitted,” Walmart CEO Doug McMillon said in an announcement to store associates. “We encourage our nation’s leaders to move forward and strengthen background checks and to remove weapons from those who have been determined to pose an imminent danger.”

An end to open carry in stores was not the only change made by Walmart. Also highlighted in a statement made on Tuesday, Sept. 3, were Walmart’s plans to finish banning the sale of handguns in stores, cease manufacturing of handgun ammunition and discontinue sales of ammunition able to be used in military-style weapons.

Mere hours later, the grocery chain Kroger released a similar statement announcing an end to open carry in their stores. Kroger ceased selling guns and ammunition on Mar. 19, 2018, and has now taken further steps towards removing guns from their shopping environment.

“Kroger is respectfully asking that customers no longer openly carry firearms into our stores, other than authorized law enforcement officers,” Vice President of Corporate Affairs Jessica Adelman said in her Sept. 3 statement.

Pharmacy and convenience store chains, CVS and Walgreens also both announced a no-open carry policy on Thursday, Sept. 5. CVS unveiled this policy on Twitter, while Walgreens did so through a page on its website.

On Tuesday, Sept. 10, the Florida-based grocery store chain, Publix, also put out an official statement asking their customers to not openly carry guns in their stores.

Publix has faced other issues relating to allowing guns in their stores. In May of 2019 in the Tampa Bay area, Vernon Messier was accidentally shot in the leg by his wife when she knocked over her purse, which contained a pistol. However, the case did not prompt changes from Publix.

Publix is one of the largest supermarket chains in the southeastern United States, with stores spanning from Florida up the east coast to Virginia. They have 1,270 locations and as of January 2019, an estimate of 193,000 employees. In the company’s home state of Florida, open carry is illegal. However, in a plethora of other southeast states where they have locations, such as Georgia, North Carolina, Alabama and Virginia, open carry is legal.

This is not the first time Publix has put out a gun control related statement. After “die-in” protests organized by Marjory Stoneman Douglas High School alumnus David Hogg in front of many Florida Publix locations, the store announced that they would “suspend corporate-funded political contributions,” specifically towards candidates that are supported by the National Rifle Association, such as Adam Putnam.

“I think Publix banning open carry in their stores is okay, because it’s a private company and they can do whatever they want,” senior Bryan Cooke said.

This chain of open carry policy changes seems likely to be a result of increased pressure from gun control advocacy groups such as March For Our Lives and Moms Demand Action. Following the mass shootings at Sandy Hook Elementary and Marjory Stoneman Douglas High School, these groups demanded political change in the form of increased background checks, an end to open carry and a ban on assault weapons like the AR-15.