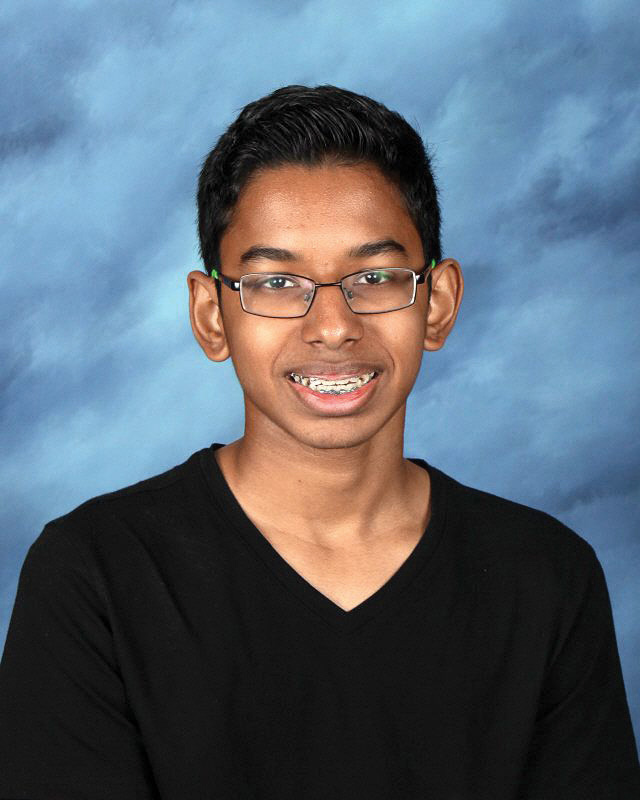 In Loving Memory. Sophomore Steve Manoj poses for his 2019 yearbook photo. Manoj’s friends remember him as an avid basketball player with a bright personality and a love for Xbox. His teachers remember him as a task-oriented and friendly student. Photo courtesy of Aerie yearbook

In Loving Memory. Sophomore Steve Manoj poses for his 2019 yearbook photo. Manoj’s friends remember him as an avid basketball player with a bright personality and a love for Xbox. His teachers remember him as a task-oriented and friendly student. Photo courtesy of Aerie yearbook

Steve Manoj radiated positivity to everyone he knew. Born in India, Steve immigrated to the United States alongside his mother when she married his stepfather in 2009. Steve began his sophomore year at Marjory Stoneman Douglas High School this August, taking an intensive course load filled with honors and AP classes. His teachers saw him as shy, sweet and diligent, after only two weeks into the school year. They took note of Steve’s kind and task-oriented persona.

One of Steve’s greatest interests in school was mathematics; he had plans to join the Math Honor Society, Mu Alpha Theta, under the supervision of math teacher Michael Powell. Powell taught him in Geometry Honors as a freshman and, by special request, in Algebra II Honors as a sophomore. Although described by nature as a quiet student, Steve’s bond with Powell over the years grew, due to their shared passion for math and basketball. The two would converse mainly about the basketball teams that they favored along with playing the sport.

“My main memory of him–when he completely [crushed] me in class–was when we did a game of HORSE… Because he was really quiet, I honestly didn’t think he’d be any good, and then he made every single shot and completely destroyed me in about 5 minutes,” Powell said. “He’s incredibly friendly… He was one of my firm handshake guys, always happy to see you, and always happy to be in class.”

Steve’s friend, Diago Ortiz, explained that last year during their Finance and Business Technology class, Steve was reliable. During a group project, Steve stayed on top of his responsibilities and demonstrated his talents as a team player. Ortiz also mentioned that Steve participated in athletics and spent much of his time playing for the Coral Springs recreational basketball team. Steve and his brother, senior Austin Mathew, practiced basketball daily to prepare Steve for the MSD Basketball team tryouts; he had his eyes set on making the junior varsity basketball team this year and helping the team win Districts so that next year he would make it onto the varsity team.

Steve had a bright personality; his friends recollected the jokes that made the people around him laugh.

His energy emitted optimism, as he always tried to be the best version of himself.

“He always felt like positive energy. He was very optimistic, you know, it was hard to see him upset. It was very rare to see a frown on his face,” Ortiz said.

When he was not in school or playing on the courts, Steve spent his downtime gaming on his Xbox alongside his brother and munching on his favorite snack, M&Ms. The two would stray from Xbox often to watch their favorite show, an anime, “Naruto,” together.

Steve’s positive energy and uplifting character traits will be missed by many.