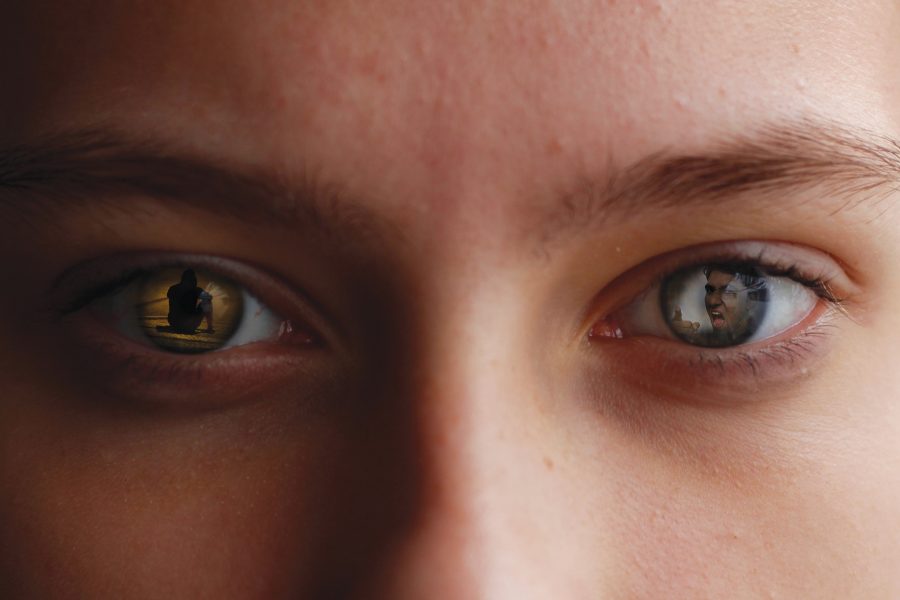 When grocery shopping, one does not expect to have a personal escort roaming around the store alongside them. However, this was a reality for senior Job Charles. Charles, who is African American, and his friends, a group of primarily minorities, were simply buying Gatorade when a store employee deemed them suspicious and began tracing their every step throughout the store. The worker even took it upon herself to continue following them until they left the store to ensure they didn’t steal anything.

Discrimination is an umbrella term that accounts for a vast field of experiences. The word itself attributes to the unjust prejudice that remains in the world and affects people of all genders, races, ethnicities and sexual orientations.

Biased and unfair treatment of minorities has been prevalent in American society since the discovery of the New World, tracing back to the treatment of African Americans as slaves and the enforcement of segregation.

“Strikingly, more than half of blacks (53%) report that they have experienced unfair treatment in the past 30 days because of their race at places such as their work, in stores, at restaurants, while getting health care or in dealings with police,” the Kaiser Family Foundation said in a CNN survey in Pennsylvania. “Over a third of Hispanics (36%) report having these experiences recently, compared to 15% of whites.”

Individuals in the LGBTQ+ community are often victims of discrimination, due to intolerance of sexual identities and homophobia. Every day queer individuals struggle with facing ostracism, harassment and verbal or physical abuse from family, friends or strangers who do not agree with their lifestyle.

According to a Harvard T.H. Chan School of Public Health study conducted by the Robert Wood Johnson Foundation, “34% of LGBTQ Americans say that they or a friend have been verbally harassed while using the restroom.”

Discrimination has a different connotation for each individual, as it is tied to their experiences. The word may not have as heavy of an impact on those who are often the majority, when it comes to race, religious views or sexuality.

“To me, discrimination means being left out or excluded for something you can’t change about yourself, such as race or gender,” freshman Kylie Messmer said. “I haven’t really experienced discrimination, though.”

However, those who have experienced being discriminated against have stronger feelings towards the subject, as they have endured it first hand.

“To me, discrimination means that I’m stuck with negative stereotypes, which more often than not, only depicts a single perspective, rendering them untrue,” senior Adam Habona said.

Although commonly overlooked or simply ignored, many students face discrimination on a daily basis.

“Not only do most minority children experience discrimination, but they experience it in multiple contexts: in schools, in the community, with adults and with peers,” Dr. Lee M Pachter said in a study in Vancouver by the American Academy of Pediatrics. “It’s kind of like the elephant in the corner of the room. It’s there, but nobody really talks about it.”

Senior Ricky Aldeus was looking for books at Barnes and Nobles when he had a brush with prejudice and cultural judgment. Aldeus was speaking with his friend, who is also Haitian, in Creole. Nearby was a white woman on a phone call in the same aisle.

Upon hearing their conversation, she made direct eye contact with the two students as she scoffed into her phone asking why no one could speak English in America anymore. Aldeus did not let this prejudice affect him and simply laughed off the offensive comment.

“It caught me off guard because that was the first time that had happened to me. It’s already hard enough being an African American in America,” Aldeus said. “Discrimination still exists, and at this point, I don’t think it would ever disappear.”

Juniors Melodie Vo and Ethan Tong have had first-hand experiences with discrimination and facing stereotypical views. Vo is Vietnamese and Tong is Japanese and Indonesian. Both have been the subject of insensitive Asian jokes or have been incorrectly characterized based on their race.

“People often come up to me and ask if I’m Chinese or make fun of me for supposedly eating dogs,” Vo said. “When I tell them I’m not Chinese, they always daringly ask me if I’m sure.”

The generalization of Asians and the tendency to box them into certain roles has been embedded into society through outlets such as pop culture and is quite normalized nowadays.

“Once, I was resting my face on my hand during a lesson and my teacher yelled at me to wake up and open my eyes; yet, I was awake, and my eyes were open,” Tong said. “It was the first time I had been discriminated against by a teacher.”

Vo and Tong also mentioned the fact that they are discouraged to bring meals from their culture to school for lunch, as they have received complaints or have been teased for the smell and appearance of the dishes in the past.

“I avoid bringing my ethnic food to school, so I don’t have to deal with negative remarks from other students who don’t know what the food is,” Vo said.

Junior Fabian Cazorla came out as gay in the eighth grade and most of his female friends have been very supportive of him. However, some of his male friends did not share the same level of understanding.

“My guy friends either did not care or began completely avoiding me,” Cazorla said, “I was really hurt, so when I entered high school, I did not bring it up and acted like it was nothing.”

Yet, during his freshman year, there was an instance where Cazorla was taunted in the boys’ locker room and had been told to go use the girls’ locker room instead.

“It was the first time I had experienced being discriminated against for my sexuality. I was more shocked than offended because of how close minded people can actually be,” Cazorla said.

Last year, senior Chantal Jimenez asked her substitute teacher if she could visit another teacher to finish some uncompleted work, just like she had done every other class period. The substitute was allowing other students to leave the class without asking any questions; however, the substitute interrogated Jimenez simply because she was black.

Jimenez took offense to the unnecessary interrogation and responded by stating that the questions were inappropriate and made her very uncomfortable. Not very fond of her response, the teacher threatened to withhold the pass if Jimenez did not apologize.

Taking the pass anyways, Jimenez left the classroom, which led to the substitute teacher following her outside and calling security.

“What bothered me the most about the entire experience was that I was expected to apologize in return for the pass, due to how ‘rude’ I responded,” Jimenez said.

Junior Ayah Ibrahim has had multiple encounters with discrimination throughout her life as an Arab-American. From offensive comments to looks of disgust, Ibrahim has constantly dealt with this issue.

Ibrahim specifically recalls an incident that occurred when she was on a middle school field trip.

“A boy once asked me if I wore that ‘towel’ on my head like other Muslims, and another asked me if I was going to bomb the bus that we were taking [for the field trip],” Ibrahim said.

These experiences have made Ibrahim self-conscious about her place as an Arab-American girl in society.

“It makes me feel like I don’t fit in with society, that I don’t look like the average girl that everyone wants to see,” Ibrahim said. “Even though I am an American citizen, as equal as any other American.”

Ibrahim’s hope for the future is that discrimination decreases so much that the word will lack the definition.

Discrimination is not something that looks the same to everyone. Each experience differs from the others, but it all sprouts from the same roots of hatred and ignorance. Minorities of all ages feel the effects of discrimination and prejudice, especially the minority youth.