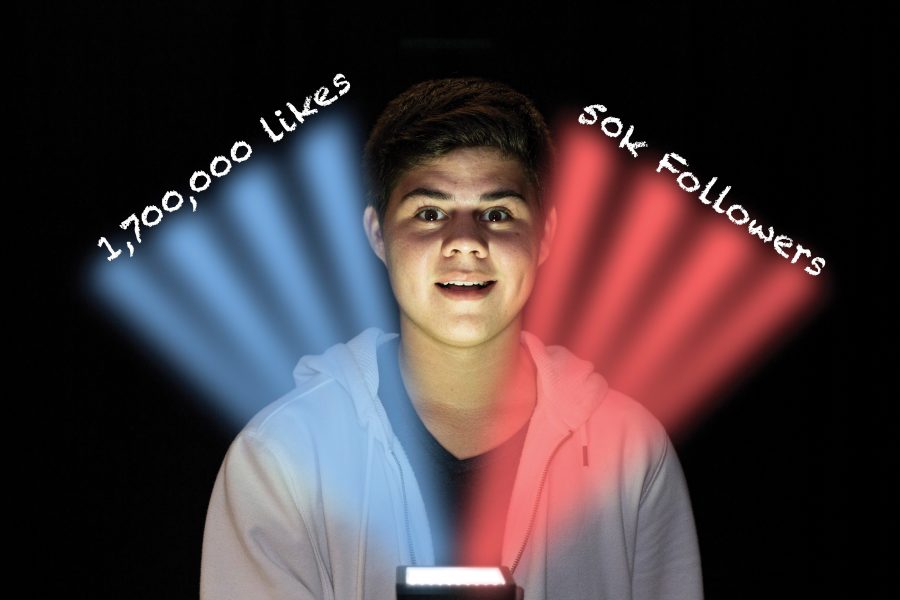 Across the nation, people of all ages and demographics have found themselves absorbed in the world of online trends ranging from comedy jokes to popular dances. Trends like these have created online celebrities, some whom walk the halls at Marjory Stoneman Douglas High School.

Many students remember when the app Musical.ly was the newest social media craze, capturing the attention of young people across the nation. Lip-syncing battles, dance challenges and comedy skits circulated the internet, and by May 2017 there were over 200 million users on the platform. Seven months later, the company ByteDance bought the rights to the app and synced it to their existing app, known today as TikTok.

Beginning in August 2018, users opened the app to a new logo and name. The information and data that was previously synced up with Musical.ly remained present, encouraging many people to use TikTok to the same extent as they previously had under Musical.ly.

The “For You Page” is a section within the app where viral videos can be shared. The more a user is featured, the more likely it is that their profile will gain followers and their video will be shared. Many students at MSD have gained a following as a result of viral TikTok content. Junior Fabian Cazorla has over 31,600 followers on TikTok, with some videos reaching over 7,000 likes.

“On average, I would say I spend about an hour in the morning and an hour at night scrolling through TikTok and like 10-15 minutes making them,” Cazorla said. “I have a notepad on my phone that I keep ideas on, if I ever think of one.”

Cazorla originally downloaded TikTok as a lighthearted competition with his younger sister for followers. Both Cazorla and his 9-year-old sister are very competitive people, causing him to constantly strive for the best content that has the greatest chance of going viral.

“I started to make TikToks to go viral, but now I’m just making them with friends and [about] things I think are funny or original,” Cazorla said.

According to a survey of 352 MSD students, 77% of students at MSD watch TikToks. The main reason that many students downloaded the app in the first place was to escape the stresses of teenage life and enter a world of mindless comedy. Many comedy videos that are originally posted on TikTok find their way to other forms of social media such as Instagram, Twitter and Snapchat due to their popularity.

“I genuinely find TikTok funny, so that’s why I enjoy scrolling through it,” senior Jared Block said. “My favorite content is videos that follow popular trends.”

Trends on TikTok have become the main source of exposure for many songs. A trend on TikTok often follows one specific song which causes it to gain exposure and popularity rapidly. For instance, the song “Old Town Road” by Lil Nas X went viral, due to a TikTok trend in which people transformed into cowboys as the song continued. The popular trend ironically launched Lil Nas X’s career as an artist.

Other students, such as junior Rachel Kuperman, use the platform to share their talents. Kuperman posts clips of her drawings and films the progression of her art projects from start to finish. Many of her TikToks have gone viral, causing her to end up with over 1 million likes and around 50,000 followers.

“I mostly post videos of me going step-by-step through my drawings,” Kuperman said. “I make my own TikToks because they’re fun to make, and my goal is 100,000 followers.”

Although most students at MSD enjoy using TikTok, some feel that the hype surrounding the app is overrated and uncalled for.

“It’s a waste of time,” senior Regina Bellot said. “There are so many better things to do with your time than posting unfunny clips on an app.”

Out of the 352 students surveyed, 23% of students at MSD who dislike the app agree that it encourages people to spend a large amount of time scrolling through dull and brainless content.

“I don’t find lip-syncing to audio talent, and students spend so much unnecessary time on it trying to go viral,” senior Amy Luo said.

Additionally, TikTok is given credit for creating two new categories of people: e-boys/e-girls and VSCO girls. People in both categories make up a large part of the content circling around the app. E-boys/e-girls are generally known as people who wear dark or striped clothing, have a lot of chains, part their hair down the middle and tap their fingers against the side of their head while rolling their eyes. These e-boys and e-girls have grown in exposure and popularity tremendously after the launch of TikTok.

VSCO girls receive their name from the digital editing app VSCO in which many social media users edit their photos. These girls are stereotyped on the app as carrying Hydro Flask water bottles, using metal straws, wearing oversized T-shirts, wearing a lot of scrunchies and excessively reciting the phrases “and i oop” and “sksksksk.”

These characterizations dramatize the tendencies of people that students know in real life and create a comedic online presence for them.

“I’ve met real life VSCO girls, but e-boys are only online and don’t exist in the real world,” sophomore Ray Young said. “Either way, it’s funny to tease my friends who resemble some part of an e-boy or VSCO girl.”

TikTok characters, trends, dances and songs continue to be a focus and outlet for many students at MSD. As of now, TikTok appears to be here to stay with the majority of MSD students supporting its growth.