Douglas Drama puts on MSD’s Not So Scary Halloween 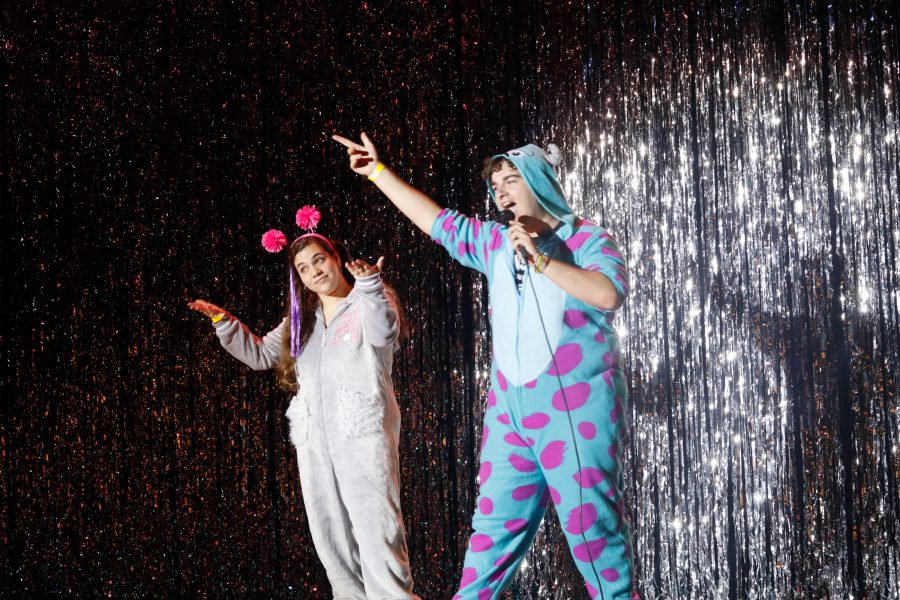 The Marjory Stoneman Douglas High School Drama Club put on its second annual  “MSD’s Not So Scary Halloween” event on Saturday, Oct. 19, based on the famous Disney event by the same name. Not only was it a small charity drive and club fundraiser, but it was also an attraction for parents and kids to come out and enjoy the (not so) spooky season.

“We had different rooms with different Disney movies, and we had different activities like coloring, a maze and a haunted mansion, we had a [talent] show in the auditorium,” sophomore David Prengler said.

One way to enter the event was a donation of canned goods, which was a large part of the club’s charity initiative.

“Our philanthropic officer has the duty to collect the canned goods and decide on the benefactor,” drama teacher Melody Herzfeld said. “[We collected] boxes and boxes of canned goods.”

Drama students had just as much fun as the attendees did. The event proved to be a fun time for everyone involved, even behind the scenes.

“Not So Scary was one of the best experiences for me in drama. To be able to lead a group and see all of the planning work out in the end was really special. We made so many little kids happy and it was a magical night for the community,” junior Peri Harris said.

Drama students loved performing for the children and their families.

“I just loved the kids’ reactions when they found out they were going to get free candy,” Prengler said.

Not So Scary proved to be a very beneficial fundraiser for the club.

“It went very well. We had over 1,000 tickets sold,” Herzfeld said. “It was a very nice fundraiser – there were lots of kids, so I think it was very successful.”

The MSD Drama Department has its next production and its first play of the year, Peter and the Starcatcher, premiering November 7, 8 and 9.