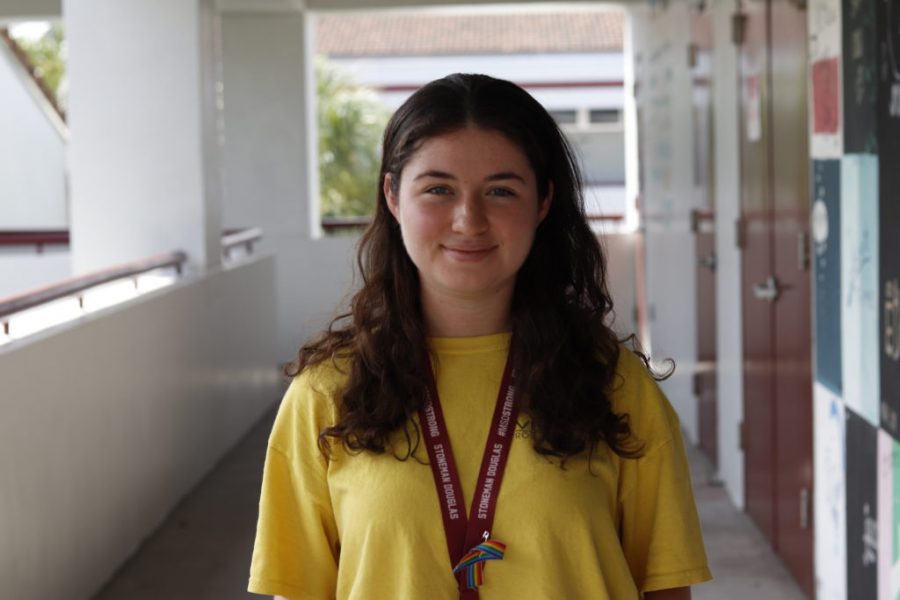 On Oct. 19, Marjory Stoneman Douglas High School senior Cat Tibbetts was recognized as a National Hispanic Scholar by the Hispanic Scholarship Fund. Tibbetts was awarded with the recognition following her exemplary PSAT score and GPA during the midpoint of her junior year.

Tibbetts’ recognition follows after an extensive examination process done through the College Board. Awarding roughly 5000 Hispanic- American students who score in the top 2.5% of their demographic, the National Hispanic Scholar Recognition Program can be awarded to any U.S. student with at least one-quarter Hispanic heritage. It functions in a similar way to the National Merit Scholarship in its distribution, with the only difference being the factor of ethnicity. To qualify for the award in Florida, a student must have a cumulative GPA of 3.5 or higher and have scored a 1380 or higher on their last PSAT.

While the award is not a scholarship, it can be listed as an academic accomplishment on a resumé or college applications and can be used at some schools to qualify for certain scholarships, notably Tibbetts’ dream school, Boston University. Boston University’s prestigious Presidential Scholarship covers $25,000 and lasts for four years.

“It was really a dream come true for me,” Tibbetts said. “I felt absolutely honored to have made the cut, and I’m extremely hopeful for how it’ll help me with college. Boston University is my dream school, and assuming I make it in and am awarded the scholarship, it’ll be a really big help.”

For Tibbetts however, this award is more than just the potential for future financial aid but a homage to her achievements as a Hispanic student as well.

“I think awards like this are extremely important, especially for minorities,” Tibbetts said. “It’s a sad truth that Hispanics are often overlooked or ignored for their achievements, both in society-at-large and academics as well. Earning this award was not only hugely monumental for me as a student, but also as a Latina. I felt proud of myself and my heritage.”

Tibbetts was acknowledged by school administration earlier last week, being called down to the office for a special congratulations from guidance counselor Veronica Ziccardi, as well as being named on the morning annonncements.

“The office call came as a bit of a nice surprise, honestly,” Tibbetts said. “It was pretty great to be recognized by school administration for something I’d worked so hard toward.”

Ultimately, Tibbetts’ accomplishment is one that she wears with pride and hopes that it will elevate the visibility of other Hispanic-Americans in academics.