[Review] ‘Joker’ gives an inside look of living with mental illness 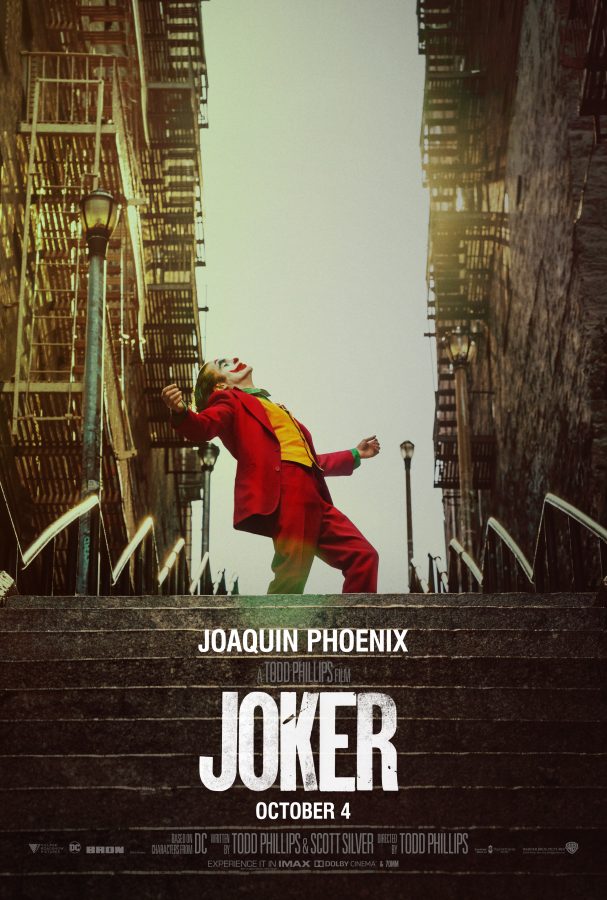 Rough language, brutal violence and bad vibes are all reasons as to why the Joker is rated R.

Mental health is a person’s condition with regard to their psychological and emotional well being. Fleck, who is otherwise known as the Joker, is introduced with a mental health history influenced by traumatic aspects throughout his life. He is first seen meeting with his counselor and is taking several different pills for his unspecified condition.

“Joker” gives an inside look of the everyday life of a person struggling with mental illness and the social support that they receive. This was clearly shown throughout the scene with the social worker trying to help Arthur with his struggles.

During the movie, symptoms of mental illnesses were shown through the characters, especially the Joker. This includes the biting of finger-nails, which is a common symptom of mental illness.

Not only did this movie allow for people to have experience of what some people go through, but it also helped spread awareness of the seriousness involved with mental health.

Of course, when people feel excluded or unsupported in their insensitive society, it only tends to exacerbate their symptoms.  For instance, if someone is being ignored or pushed to the side, they will begin to feel lonely and unwanted. This movie was extremely popular throughout society, and is giving the public a clear image of how people feel and how they want to be supported.

Everyone deals with their situation in different ways, but everyone hopes to be supported by their society and family. The Joker used his mental health for violence, he created peace for himself by creating violence. When supported, people feel important and happy, which will allow their mental health to not worsen. This will allow everyone to be reassured, since they will all have the help they need.