[Review] ‘Luigi’s Mansion 3’ is fairly fearful and quite enjoyable 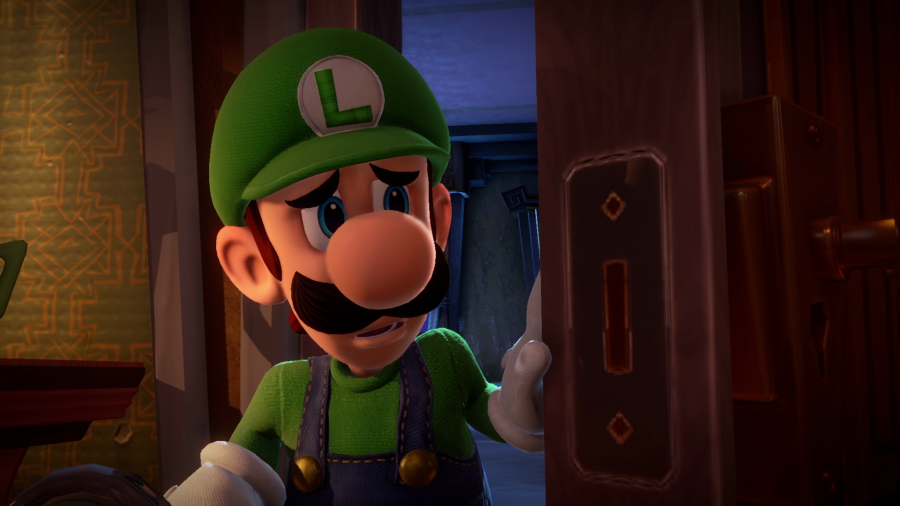 Nintendo’s latest edition of the Ghostbuster-inspired series, Luigi’s Mansion, was released on the very fitting day of Halloween. This is the series’ return to the home console after its previous game, “Luigi’s Mansion: Dark Moon”, was released mostly on the decommissioned Nintendo 3DS in 2013, with the original being released on the Nintendo Gamecube in 2001. Luigi’s Mansion 3 is looking on track to sell more copies than both the first and second entries combined, with sales nearing the 8 million units mark as of Nov. 4, 2019. But enough of the sales talk, let us get to the review.

Being a kid who was born one day before the Gamecube was first released, one of my fondest childhood memories was playing the original game of the series with my dad’s help. Now it is almost 18 years later and Nintendo has captured all of that magic for me once again and sucked me right back into the series.

For those unfamiliar with the series, the basis of the original game is that you play as Luigi trying to save your older brother, Mario who was captured by King Boo. To complete this mission, you have to suck up ghosts into your souped-up vacuum, which is named the Poltergust 3000, while traveling through a haunted mansion. The end goal of the game is to save Mario from the grasp of King Boo.

The third installment of the game follows a similar path but takes it to the next level. This game differs from the past two entries through the structure of the settings and the game mechanics.

This time instead of going to a haunted mansion, Luigi takes a vacation with his brother, Princess Peach, three toads, and a spectral dog named Polterpup, to a 15-floor luxurious hotel known as the Last Resort. Luigi never seems to learn his lesson though, and of course, this hotel was actually a trap created by King Boo to get revenge on Luigi. As a result, everyone but Luigi and his dog get captured and stuffed into paintings while they are napping in their hotel rooms.

The developers of this game really used the hotel theming to its fullest extent. The core mechanic of the game revolves around the hotel’s elevator. When you first enter the elevator you find that every button is missing except for ‘B1’. As can soon be discovered, this is because the ghost elites of the building, known as “portrait ghosts,” each took an elevator button that you need to continue exploring other floors of the hotel.

Separating the game into different floors allowed the designers to really give it their all when creating levels and puzzles. Each floor has a distinctly different theme ranging from a dank sewer system to a hidden pirate lair, and even a fossil museum.

However, while these themes are blatantly clear, they still seem like they can be a part of a hotel, having furnished rooms with beds and bathrooms. Not only does each floor have a unique theme, but the bosses follow those same themes. My personal favorite includes a ghost shark that possesses a pirate ship that you are currently riding on.

The game is not only visually beautiful, but it also has plenty of thrilling puzzles and new mechanics. A few new gadgets to the series were introduced. The most prevalent one is the plunger. It can be attached to objects and then used to either force them open or rip them away, either as a weapon or to destroy a container. This gadget is very satisfying to use, however, it sometimes has issues attaching to objects in the way you intended.

Another new gadget to the series is the slippery Gooigi. He is a flexible version of Luigi that cannot be harmed by sharp projectiles and can slip through holes in walls and floors. He adds an entirely new set of tools to solve puzzles across the map and is integral to the core gameplay. He can even be used in tandem with Luigi to double your strength or have a distraction for the ghosts.

The final gadget introduced is the Super Socket upgrade. This gadget can only be used in certain areas, but when you are able to use it, it allows you to tear down entire walls with your vacuum. It is an extremely pleasing tool, but it is extremely situational in its usage which makes it kind of feel gimmicky when it is used. Regardless, it is still pretty satisfying when used and does not detract from the game in any way.

Overall, Luigi’s Mansion 3 is an amazing return to the series’ roots after the divergence in Dark Moon. However, while it does return to the original concept of the series, it still finds plenty of ways to have fun, new gameplay mechanics.