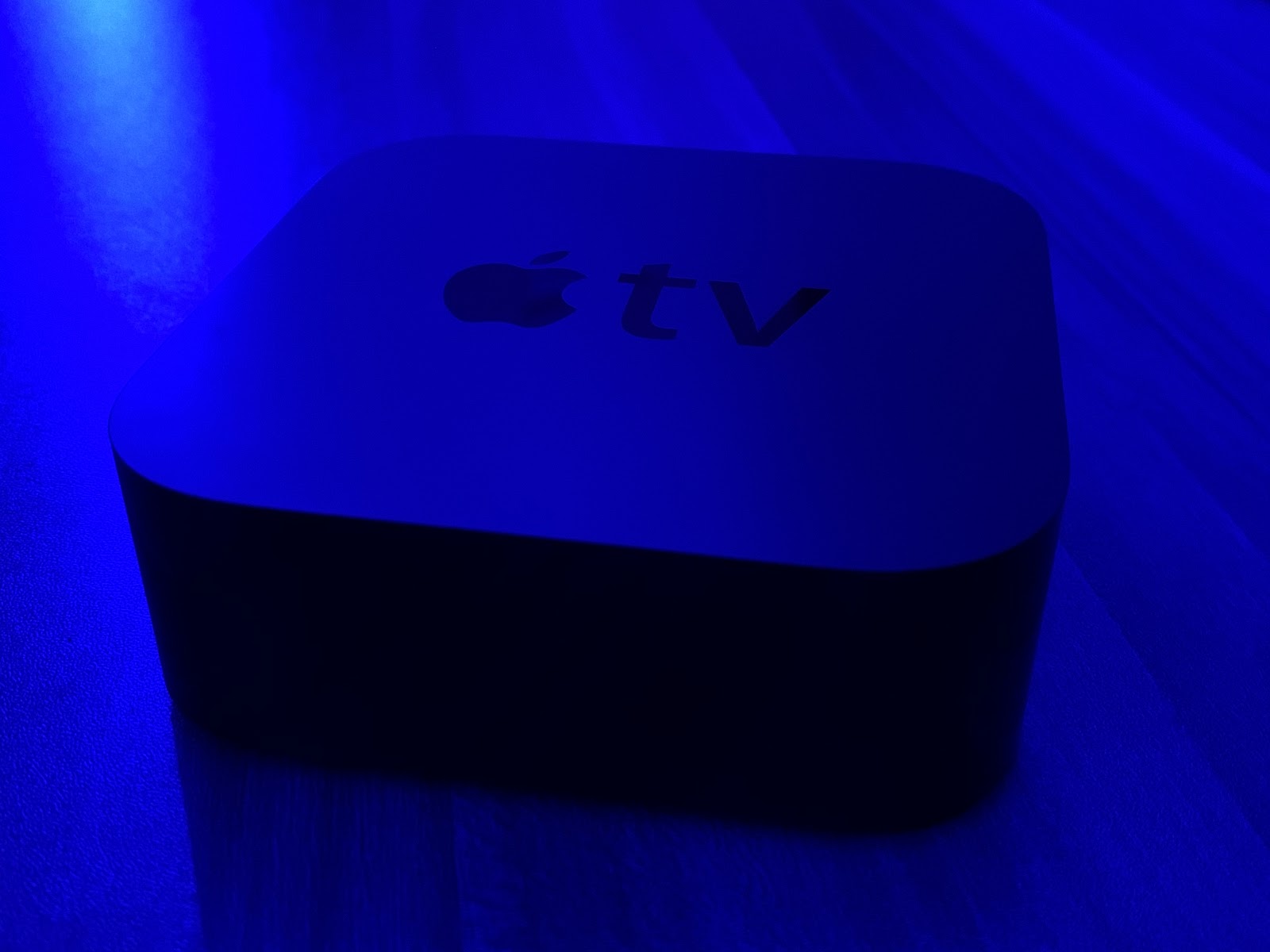 Apple TV + is here, accompanied by many new films and series that feature numerous big names in the acting industry. With companies such as Amazon and Disney announcing streaming services, Apple, being one of the biggest tech companies, refuses to sit down and watch these companies take their customers. 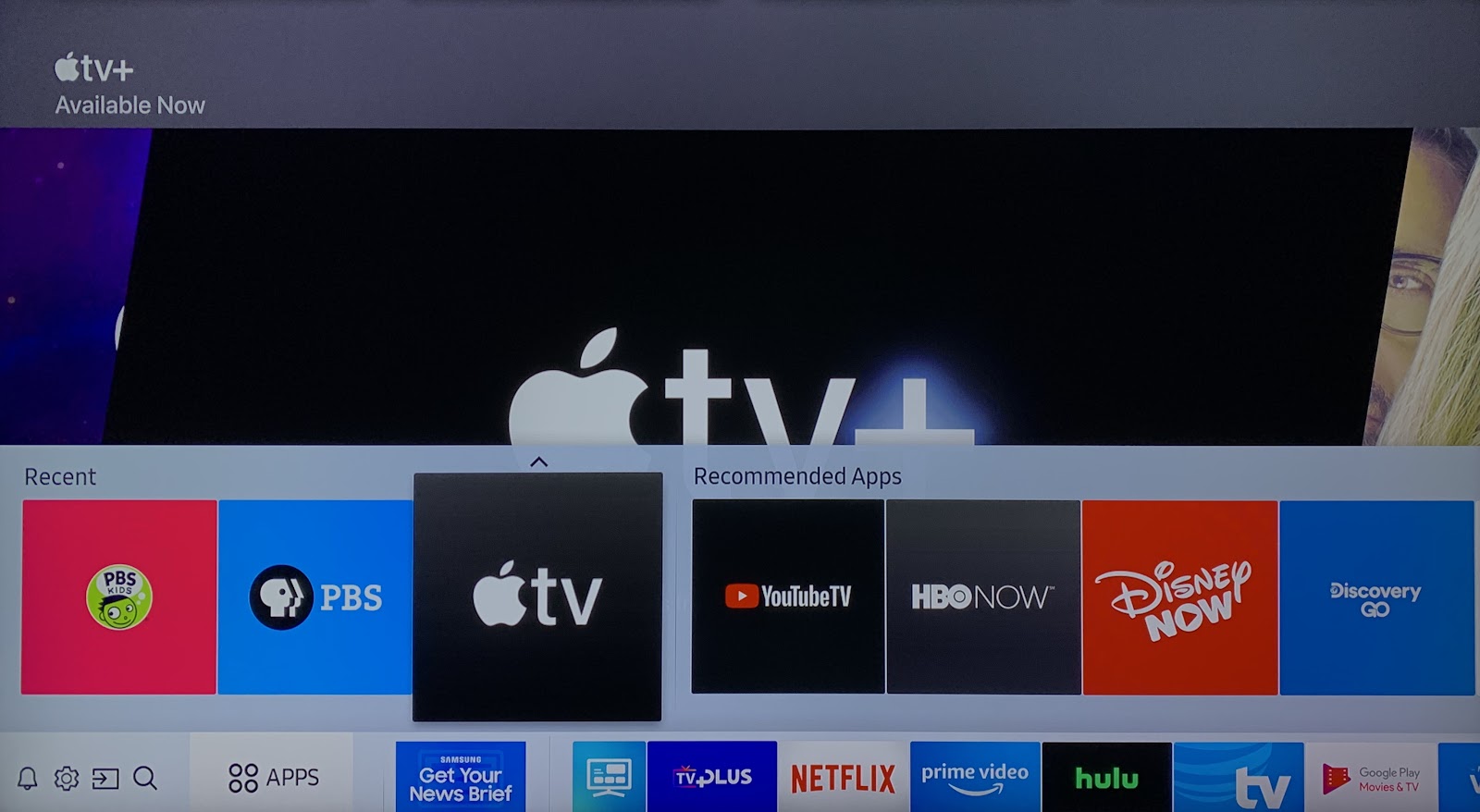 Recently, Apple added an “Apple TV” app default on Samsung smart televisions. This gives customers the ability to access the service through the televisions they already have at home. In this Apple TV app, you can purchase Apple TV+. 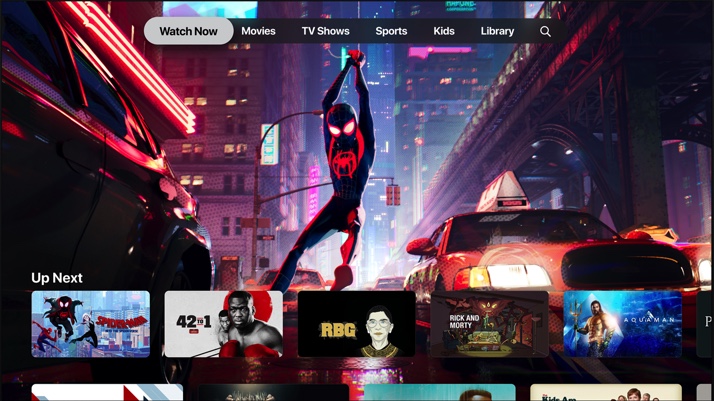 An inside look into the features of Apple TV+. Image Credit: Apple

The user interface of Apple TV + is arguably one of the best in the streaming industry.  Everything is clearly laid out and easy to use. At the top, there are categories, a personal library and a search feature. In the remaining space, there is a section that allows users to browse through Apple TV’s selection of movies and series, including new Apple originals and older works.

Although the user interfaces are user-friendly due to their simple layout, there are some problems with the performance of the service. For instance, in the “Watch Now” tab, some shows are repeated in different sections as you scroll further down. 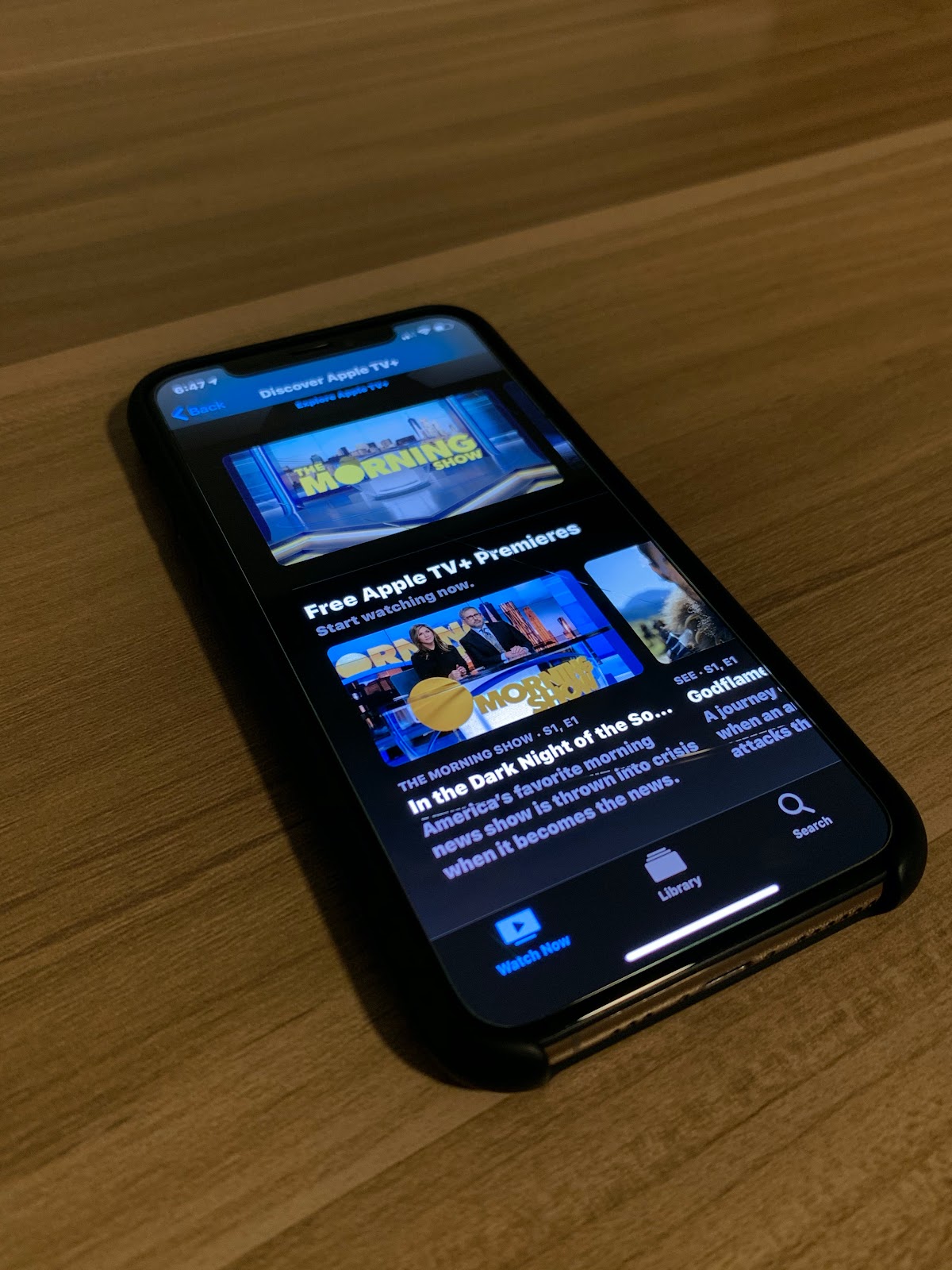 The mobile interface of the Apple TV app provides users with free shows to stream. Photo by Ian Richard

The user interface of the mobile Apple TV app featuring Apple TV plus is similar to the TV interface seen before. The bottom tab options consist of “Watch Now”, “Library” and “Search” screens, eliminating some categories from those seen on the TV, but still providing users with the most important ones. The mobile version allows browsing and is still very easy to use just like its TV counterpart. 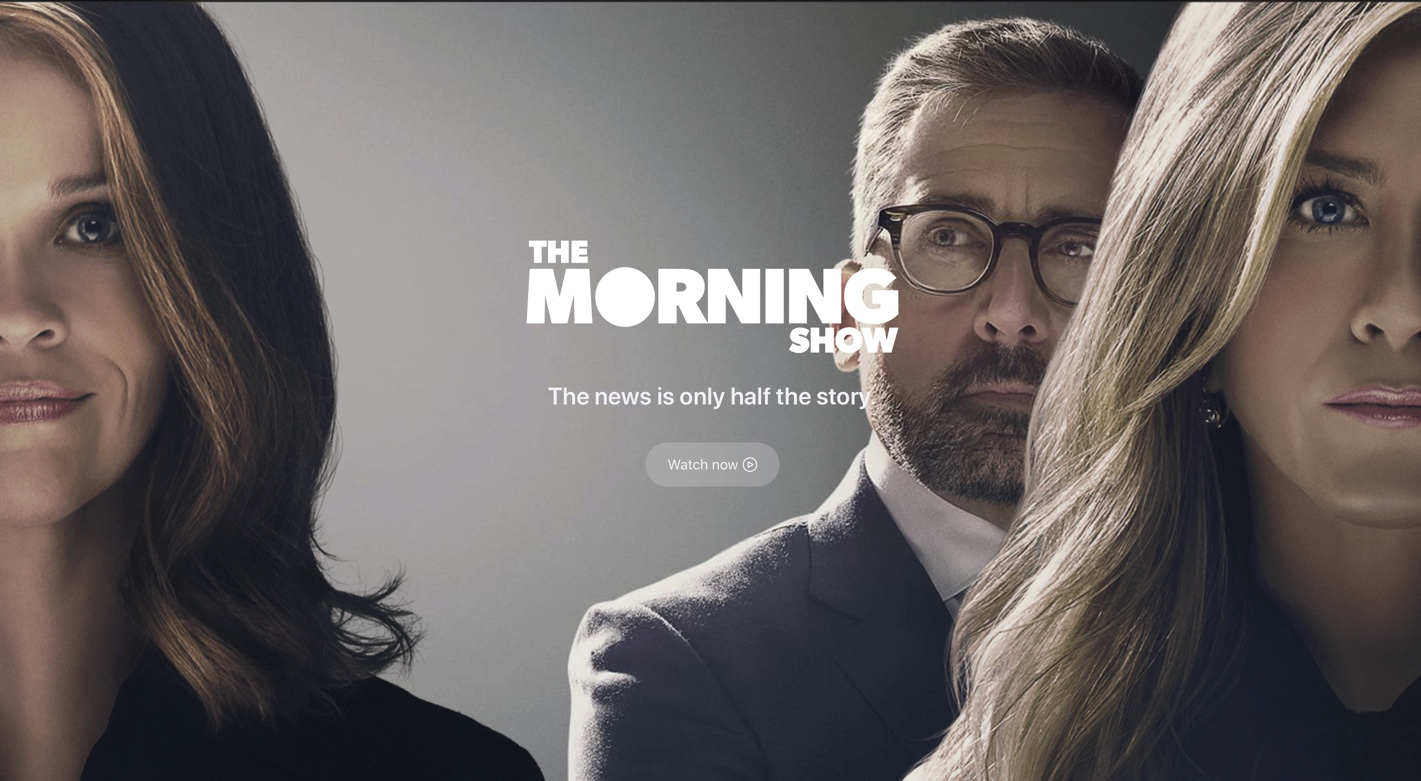 Apple TV+ has an interesting library that combines many different works. A part of the library is dedicated to new Apple originals, such as The Morning Show, See, Dickinson and more, while other parts are filled with well-known productions such as RGB and Aquaman.

While Apple TV+ brings a lot to the table, such as a wide range of new Apple originals, the ability to stream in 4K HDR and a wide range of titles in its library; things haven’t been going so smoothly for the service since its release. One of the Apple TV+ executives has left Apple due to fair reviews.

Critics haven’t been extremely pleased with the four leading and heavily marked titles of Apple TV+, The Morning Show, See, Dickinston and For all Mankind. For example, The Morning Show, Apple’s most marketed show out of the four, received reviews from Critics such as Daniel Fienberg saying the series is “brutally dull”. Fienberg, elaborating more, stated the “meandering second episode wasn’t much better.” 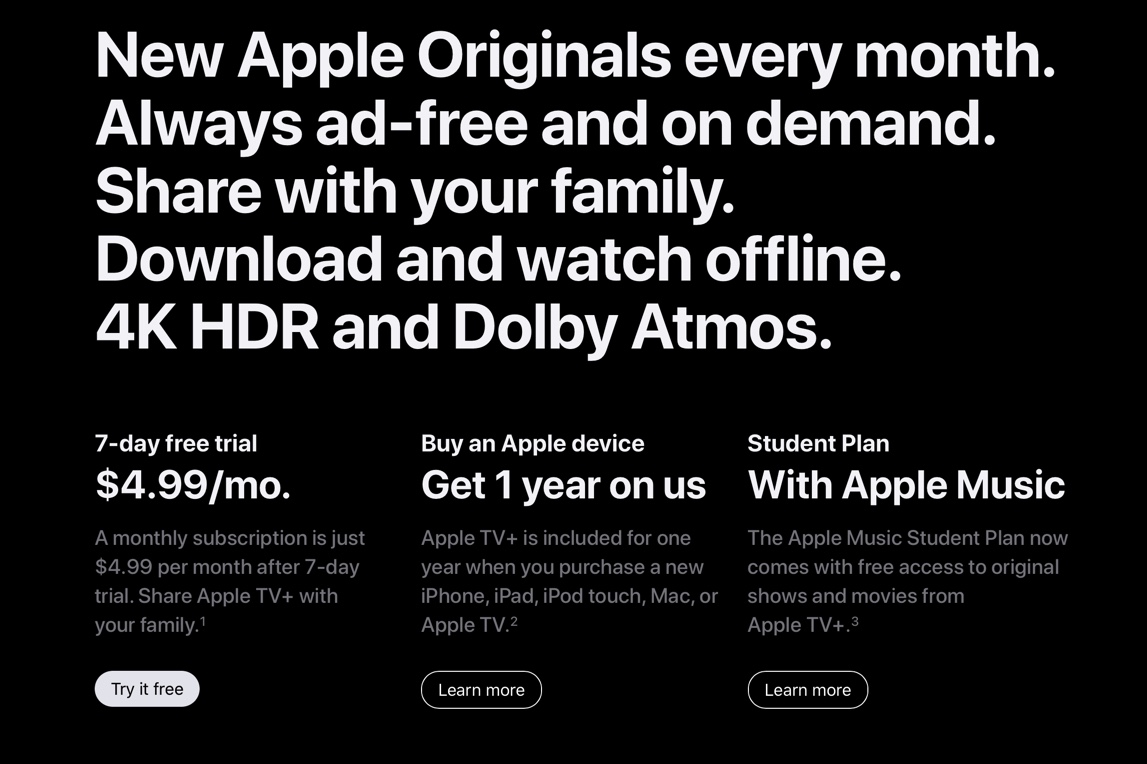 Overall, Apple TV+is a great streaming service and it mainly comes down to personal preference as to which of the many streaming services individuals would be willing to pay for since each has their own pros and cons.

The streaming service one chooses to use depends on personal preference since all streaming services offer different show options at varying prices. Most streaming platforms are loaded with TV shows and films that are widely known, but Apple TV has a small amount of these known works. Most of its library consists of brand new shows mentioned before.

Apple TV+ is relatively cheaper than all other streaming services, starting at $4.99 per month, and the service offers various promotions. Customers can receive one year of Apple TV+for free with the purchase of an Apple device or a discounted plan of Apple TV+ that includes Apple Music which is exclusively offered to students.