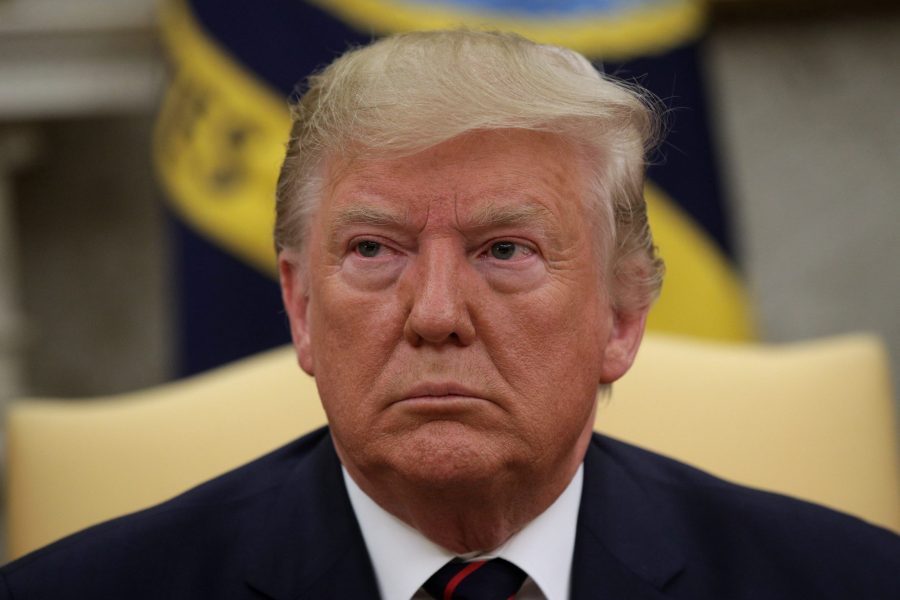 The formal announcement of the impeachment inquiry into President Donald Trump’s conduct occurred on Sept. 27, 2019. The goal of the inquiry is to fully investigate a whistleblower complaint about a phone call made in July of 2019 between President Trump and Ukrainian President Volodymyr Zelensky.

The conversation included a mention of a possible collaboration between the Ukrainian President, Rudy Giuliani and US Attorney General William Barr to investigate the Bidens. According to the official White House transcript, “There’s a lot of talk about Biden’s son, that Biden stopped the persecution and a lot of people want to find out about that so whatever you can do with the Attorney General would be great. Biden went around bragging that he stopped the prosecution so if you can look into it…It sounds horrible to me,” said Trump in the White House July of 2019.

The inquiry is in its second week of public hearings and so far a dozen witnesses have come forward. Some of the witnesses include Lt. Col. Alexander Vindman, former U.S. representative for Ukrainian negotiations Kurt Volker, Republican adviser Tim Morrison and U.S. foreign affairs specialist Fiona Hill.

What can be gathered from the individual testimonies is that President Trump conducted a campaign to get Ukraine’s President to investigate the Democratic Party in exchange for an Oval Office meeting. The most informative testimony was that of Gordon Sondland, the U.S. ambassador to the European Union.

Sondland’s testimony claimed that Secretary of State Mike Pompeo and Vice President Mike Pence were well aware of the President’s desire for Ukraine to investigate the Bidens. Sondland also shared excerpts from emails he sent to Pompeo and other officials that verify that Pompeo was updated regularly about the Ukraine affairs.

Sondland’s testimony at Capitol Hill was not the only confession to reveal confidential information. Fiona Hill’s testimony revealed that “Burisma” had become the codename for the Bidens. “Burisma” was often used during meetings and is derived from a Ukrainian natural gas company that Hunter Biden was appointed a board member of.

She also stated that her former boss, John Bolton, did not want to go along with Trump’s plan of launching investigations with Ukraine to aid his 2020 campaign.

Hill’s testimony also uncovered just how deep the Russian involvement was in the 2016 election.”Based on questions and statements I have heard, some of you on this committee appear to believe that Russia and its security services did not conduct a campaign against our country — and that perhaps, somehow, for some reason, Ukraine did. This is a fictional narrative that has been perpetrated and propagated by the Russian security services themselves,” Hill said on Nov. 21 at Capitol Hill.

On the other hand, witnesses such as Volker and Morrison defended the President’s actions and showed their support. “He gave the example of hearing from Rudy Giuliani that they’re all corrupt, they’re all terrible people, that they were — they tried to take me down — meaning the president in the 2016 election,” Volker said. Volker claims Trump dismissed the positive remarks about Ukraine based on information given from his personal lawyer Rudolph W. Giuliani.

While many of the testimonies showed different perspectives on the situation at hand, only time will tell what course of action the House Intelligence Committee will take.