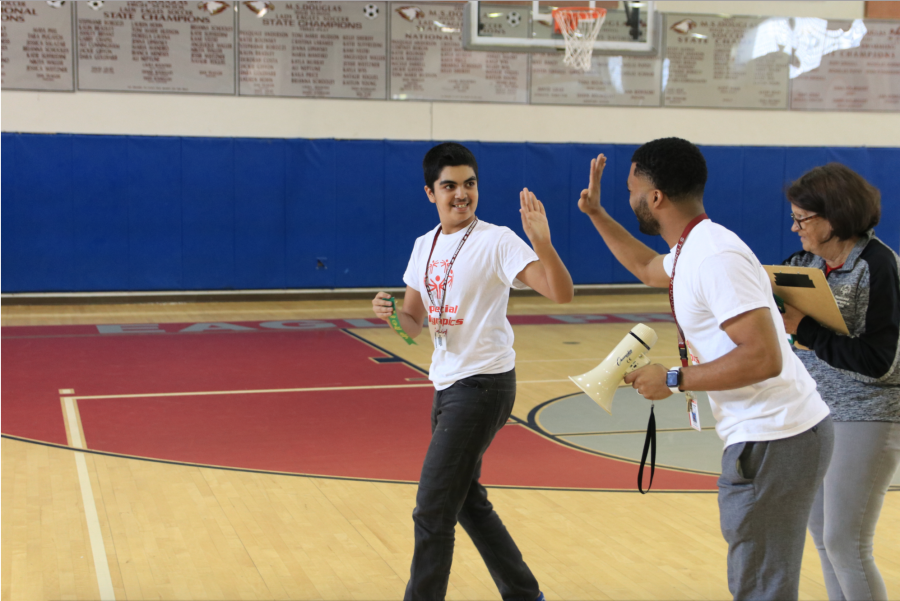 On Friday, Dec. 6, Marjory Stoneman Douglas High School held the MSD Special Olympics during third and fourth period. The Exceptional Student Education students played a game of basketball in the gym, and held a ceremony afterwards where students received ribbons for participating in the basketball game.

“My favorite part is seeing how excited they [ESE students] get because sometimes they don’t get the same social interactions as everyone else,” junior Josephine Sotter said. “Because they’re in their own separate classes, so it’s fun seeing them interact with all the other classes, especially the general education kids, so it’s just fun seeing them get excited.”

Students were smiling and laughing during the basketball game. It appeared that the students were really enjoying themselves, and having a good time.

“I think it was a blast, I think the kids looked like they had a lot of fun, especially getting the ribbons, especially,” Reynolds said.  “My favorite part was just how excited they’d get. That’s like the fuel. They get so happy, so it’s just like as long as you can see that they’re having a good time, then it makes it even better.”

The MSD Special Olympics gave the ESE students the opportunity to socialize and have fun, an event that MSD can support and continue for years to come.