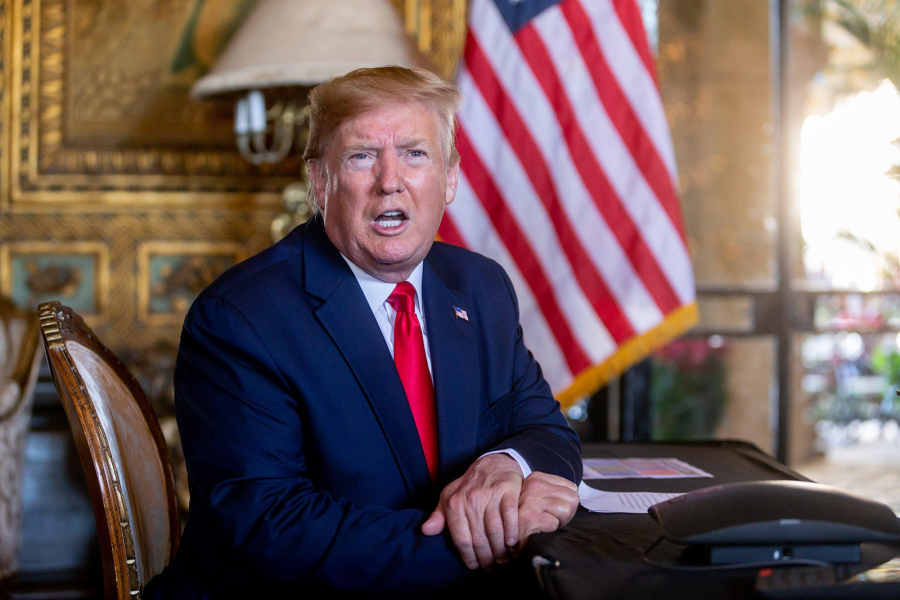 President Donald Trump speaks to the press after video calling members of the Armed Forces on Christmas Eve. Photo By Richard Graulich

On Dec. 18, 2019 the House of Representatives voted on two articles of impeachment that claim President Donald Trump abused his power and obstructed congress. Regardless of political affiliations, this is a historic event in American history as President Trump is the third President to be impeached.

For further clarification since this term is often tossed around incorrectly, impeachment does not mean removal from office. Impeachment simply means that President Trump will be charged with obstruction of congress and abuse of power, and it is up to the senate to decide whether the President should be removed.

The vote on abuse of power was 230 to 197 and the vote on obstruction of congress was 229 to 198. Only three representatives decided against voting on impeachment articles.

Representatives had very interesting takes on voting for impeachment as one representative stated that she was merely present for both articles.

“I could not in good conscience vote against impeachment because I believe President Trump is guilty of wrongdoing. I also could not in good conscience vote for impeachment because removal of a sitting President must not be the culmination of a partisan process, fueled by tribal animosities that have so gravely divided our country,” Democratic Rep. Tulsi Gabbard of Hawaii said to the New York Times.

The impeachment trial is set to take place in early 2020 but as the Senate is majority Republican, some people believe that the Senate will acquit President Trump.

President Trump has already responded to the House of Representatives impeachment votes. At a campaign rally in Michigan, Trump claimed that his senators will do the right thing when it comes to the 2020 trial.

“It doesn’t really feel like we’re being impeached. The country is doing better than ever before. We did nothing wrong. We have tremendous support in the Republican Party like we’ve never had before,” Trump said in an interview with the Washington Post.

Trump also seems to be frustrated with the situation at hand as he proclaims the Democrats are orchestrating an unfair attack on his presidency.

Speaker of the House Nancy Pelosi has demonstrated a power move as she claims she will not send the articles of impeachment until a fair senate trial is ensured.

“We have legislation approved by the Rules Committee that will enable us to decide how we will send over the articles of impeachment. We cannot name [impeachment] managers until we see what the process is on the Senate side,” Pelosi said according to Vice News.

Pelosi’s goal is to force Senate Majority Leader Mitch McConnell to provide insight on how the trial will be run. McConnel stated on Tuesday that he was working directly with the White House on impeachment strategy.

Democrats hope that this impeachment will set a precedent that no president can get away with interfering with national elections. Although some people may be happy about the impeachment, it cannot be denied that President Trump’s misconduct affects the integrity of America and of the country’s democracy.