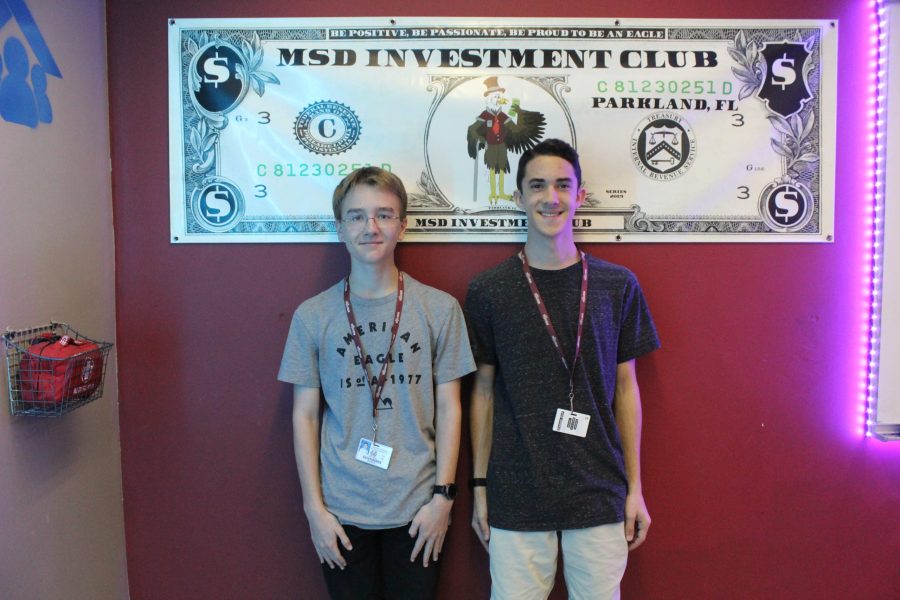 The SIFMA Foundation’s Stock Market Game is an online game that allows users to participate in the stock market using pretend investments and realistic stock values.  This game helps students across the United States learn about investing money in the stock market.

“Due to the state of the market now, students are afraid to buy stocks in real life due to the heightened risk, so I felt that the Stock Market Game would be a great way for students to learn about participating in the stock market, as well as encourage them to do their own research on companies to invest in,” Investment Club sponsor Michael Powell said.

During their next meeting, which will be after Martin Luther King Jr. Day, Reisner and Mitchell will present their game strategy to the club, allowing members to learn from their actions and decisions during the game.

“I’m glad that club members can use our story to work off of, and they can improve their strategies for the future” says junior investment club member Drew Reisner.

The two students and Powell were invited by the SIGMA Foundation to visit the Federal Reserve Bank in Miami and present their strategy for winning the game at a Stock Market Game Awards ceremony. This will take place on May 13, along with other high placing teams of the Spring tournament of the game, allowing students to lead their own conversation involving investment strategies.

“I really do appreciate the foundation [for] recognizing the students and allowing them to lead a conversation about their strategies,” Powell said. “It makes me proud as a sponsor to be part of a club that is strongly led by students, and they are just so instrumental in making our club amazing to be a part of.”

The MSD Investment Club holds two meetings each month and will continue to involve themselves in market research, as well as begin to collaborate with the South Florida region of the Charles Schwab Corporation to create possible field trip opportunities for members.