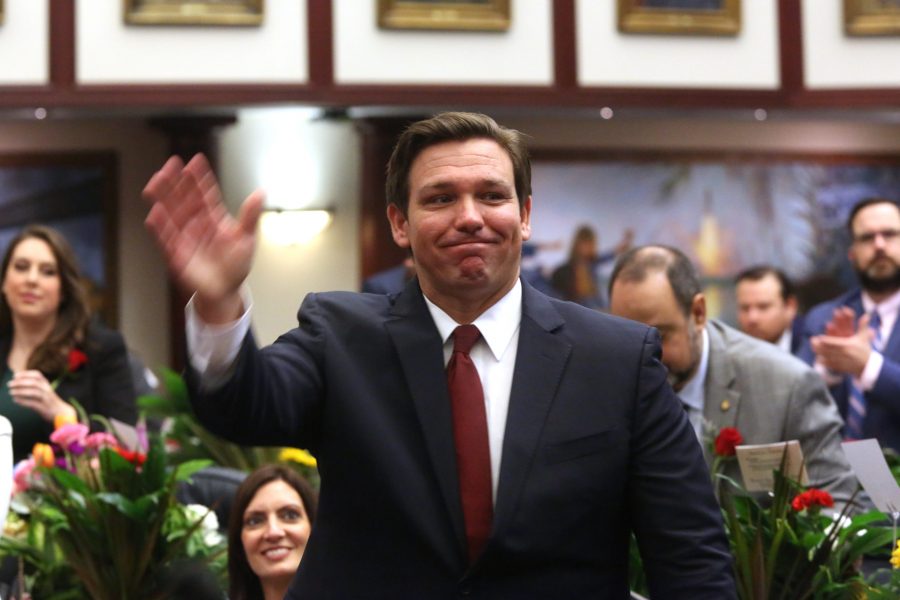 Florida Governor Ron DeSantis waves to members of the Florida Legislature during a joint session of lawmakers, Tuesday, January 14, 2020 in Tallahassee. 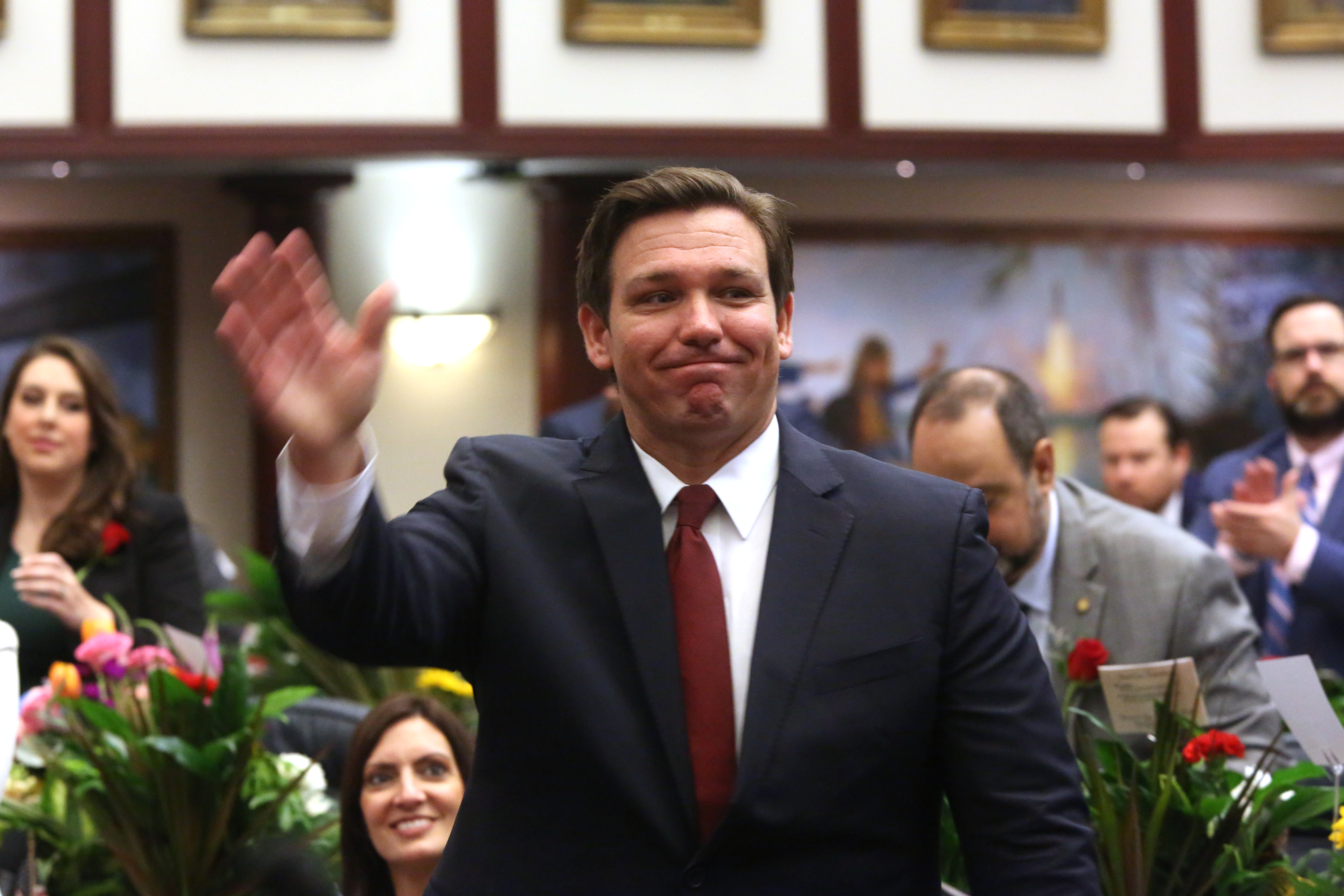 On Dec. 16 2019, during a press conference in Naples, Florida, Gov. Ron DeSantis of Florida announced his new plan to issue a mandatory civics test for all Floridian high school seniors to take. While it is unclear how this new test will be implemented into Florida’s high school curriculum, when asked about why DeSantis has decided to implement this test, he stated “Younger Americans… lack basic knowledge of the Declaration of Independence, the Constitution and broader civics.

This idea of people lacking proper civics education does not stem from nowhere. According to a 2019 survey by the Annenberg Public Policy Center, when asked, only 39%of Americans can name the three branches of government.

While government education may be lacking in the average American, in the state of Florida, both a United States history class and a United States government class are required to graduate from high school. and Additionally, in middle school students have to take a civics exam, in which, 71 percent of students pass, according to the Department of Education.

Supposedly, this new test for seniors is going to be similar in format to the naturalization test that immigrants take to become American citizens. However, it is unclear as to how difficult the test will be, since the United States naturalization test is seen as somewhat easy to most natural-born American students.

While students do receive civics education several times throughout their time in school, DeSantis  believes that as Americans “we have to do better.” Overall, Florida is a state seeming to lack civics education. In a 2018, report by CollegeBoard, the AP United States government exam has a mean score of 2.44 in Florida, while the national average is 2.70.

There is not a lot of current information about what the test will include, and it is currently unannounced about whether passing this test will be required in order to graduate high school in Florida. However, this plan does follow up on DeSantis’ campaign promise to try to increase civics education in Florida.