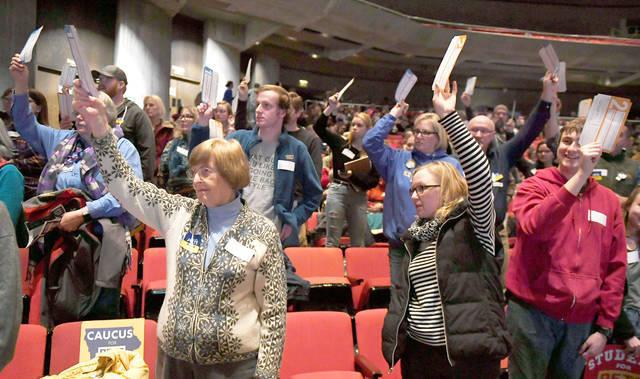 There are three things that you can count on every four years: death, taxes and the Iowa Caucus kicking off the primary season without issue.

Election after election, Iowans would funnel into polling places across the state and participate in an antiquated, yet successful, process.

On Monday, Feb. 3, the Iowa Caucus saw the beginning of one of the largest election disasters in recent memory.

A vote recording-application that the Iowa Democratic Party used to try to expedite the caucusing turned out to be an extreme farse. The app was supposed to allow staffers in the Iowa voting caucuses to live update the results to a central counting location. The goal was to expedite the process and allow the candidates and American citizens to see the outcome as efficiently as possible.

However, by midnight into early morning into the early afternoon of Tuesday, not one vote of one Iowan who showed up to vote was recorded.

Beyond being a complete embarrassment for the Democratic Party and a talking point for President Trump to trash all liberals, this slip up poses an issue for candidates.

Buttigieg, Biden, Warren, Sanders, Klobuchar, Yang. These are all names of citizens who have dedicated themselves to run for president and are being failed by the process. They are unaware of the true results and a massive wrench has been thrown in each of their early campaigns.

Altered travel plans, speech topics and confidence levels all have changed as a result of this flabbergasting situation.

Politics and the republic that these candidates are vying to represent are threatened by a faulty election process. Democracy and the future of the nation are in jeopardy because of failed technology.

This may sound insane, but in reality, the weight that Iowa has in swaying who gets the nomination is tremendous.

Back in 2016, Hillary Clinton edged out Bernie Sanders, mirroring her overall performance in the democratic nomination race. In 2008, Obama proved that he was popular enough to become the nominee and ultimately won the general election.

If a less qualified candidate acquires a win in Iowa because of inaccurate results, not only could that candidate get the democratic bid, but also could play into Trump’s chances of being re-elected in the fall

The outfall of this Iowa debacle is massive.

Showing a massive flaw in an outdated system, this midwestern mayhem may see the end of the caucus is not only Iowa but the nation.

If votes are not being properly counted in an efficient manner, people will lose faith in the democratic process as a whole.

With a loss of faith comes a loss of voter turnout and quite possibly an increase of apathy and disengagement in politics for the average American.