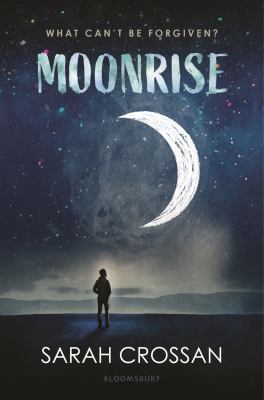 The cover of “Moonrise” by Sarah Crossan. Photo courtesy of Bloomsbury Children’s

The idea of losing someone we love is impossible to fathom. When someone we deeply cherish leaves the earth, people become desperate and attempt anything to save them from the hands of the reaper himself. That’s exactly how Joe Moon reacts when he hears his brother is reaching the end of his death sentence in the heart-wrenching story of “Moonrise” by Sarah Crossan.

“Moonrise” is a novel that is more than defining grief. This novel demonstrates hope barely hanging by a thread, exemplifying what it truly means to be optimistic. The novel creates a feeling of the need to fight for strength, for something positive to occur and for the right actions to be taken. The novel builds hope within the reader and to only be crushed by the truth of reality.

But not only does this novel tear the reader’s emotions and crush their hope, but it also demonstrates the dark realities of the justice system. “Moonrise” reveals to readers how horrible and corrupt the justice system can truly be. This novel brings readers an insight into what risks law enforcement will take to not have any unsolved crimes, even if it means to point the blame in the wrong direction. “Moonrise” reveals the darkest parts of the prison and how mistreated some prisoners are. The novel talks about how officers will easily manipulate a situation just to get what they want, showing the dark side of the police.

However, it was not just the themes of this novel that made the story so impactful, but the unique writing style the novel had on display. The novel’s writing style built much more impact on the emotions of the story, creating sadness and the ride of hope by saying something without saying anything. This form of writing allowed the reader to feel more connected to the character and understand the pain of Joe. Because of this writing, it allowed the reader to gain a full insight into Joe. The short and simplistic writing added more to the pain the character was feeling and allowed readers to have a taste of what he was feeling. This brought more power to the author’s words and gave life to the feelings and moments in the novel.

But while the novel is great as a whole, the love story introduced in the novel felt unnecessary. It felt so out of place, and just there for the sake of being there. The novel would still be just as impactful without the romance and would have added more to the plot. Even with the romance, it did not feel like the love interest understood the whole meaning behind the situation Joe was dealing with, which could agitate most readers.

However, “Moonrise” is one of the top few good novels in the Florida Teen Reads list. It is a novel definitely worth reading. The fact that it is also a quick read makes things much better for those who are not a huge fan of reading in general. “Moonrise” is a novel that is worth every word and tragically tied together with a beautiful meaning. A novel that is worth every moment, and a story with a powerful message.