What was the point of Impeachment 2020? 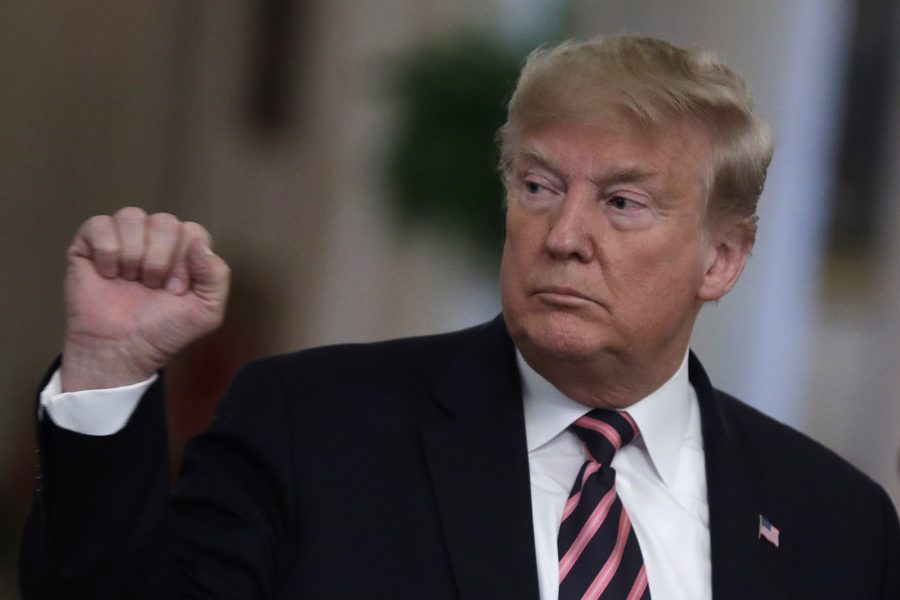 U.S. President Donald Trump gestures after his remarks about his Senate impeachment trial in the East Room at the White House in Washington on February 6, 2020. Trump said the Chiefs would visit the White House 'very soon.' (Yuri Gripas/Abaca Press/TNS)

U.S. President Donald Trump gestures after his remarks about his Senate impeachment trial in the East Room at the White House in Washington on February 6, 2020. Trump said the Chiefs would visit the White House ‘very soon.’ (Yuri Gripas/Abaca Press/TNS)

On Feb. 5, 2020, President Donald Trump was acquitted in the Senate on both Articles of Impeachment, with the Senate failing to reach a two-thirds majority on either article.

The acquittal is a massive failure for congressional Democrats, who were seeking to oust the president before the November general election, where Trump has higher numbers in the polls than in his 2016 campaign.

Over several weeks of questioning, hearings and trials, no change was brought to world politics. The president seems to be continuing the final year of his first term in office, unbothered by the impeachment trial nor the Russian hacking investigation that ended just last year.

What has really happened since December 2019, and more likely since president Trump was elected, is Democrat representatives ignoring the duty of a politician and not serving their roles and instead choosing to attack the president for nearly four years running.

While these efforts would be more understandable if Trump had shown signs of dictatorial action or if there was real suspicion of an abuse of power, the majority of the inspiration behind the actions of the Democrats stems from their anger towards president Trump.

Since his campaign started in 2015, Trump has consistently attacked the Democratic party and its members over liberal policy and inaction on certain issues. This had led to Democrats forming a vendetta against the president and choosing to stay on party lines instead of working with Trump in many instances across his presidency.

Impeachment is a prime example of one of these instances. Based on charges and allegations that quite simply weren’t close to enough to argue for removal from office, those on both left and right knew what was to come when the vote on both articles of impeachment was put to the Senate.

While there is no issue with getting to the bottom of a president’s actions and assuring that president Trump’s actions are within the law, it is just as important to take a step back and think of why exactly each and every decision the president makes is seen in a negative light.

From this impeachment trial, the American people have learned that for the most part anything the president does, no matter how inconsequential or how severe, will be considered worse than if it were a decision made by a different president.

Overall, the impeachment trial took up far too much time that Democrats could have used in supporting candidates for their upcoming primary elections. This is also the time that president Trump could have used to push policy before the end of his term and the General Election, instead of ranting on Twitter about how much of a joke he thought impeachment was.

At least now both parties can go back to focusing on serving the citizens who elected them instead of pointlessly fighting for control. Hopefully, impeachment can bring focus to how much time was wasted on investigations and how it factors into the upcoming elections.