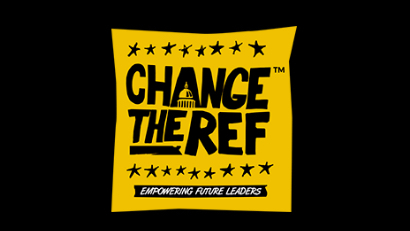 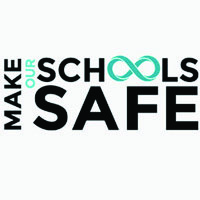 The Marjory Stoneman Douglas High School’s Inter-Club Council approved the creation of the Make Our Schools Safe Club during their December 2019 meeting. Shortly after, in January 2020, the ICC granted approval to begin a Change the Ref Club. These two new clubs aid students in gaining a more influential role in reshaping school safety systems and injustices in the political system.

The Make Our Schools Safe Club is working with security advisers at MSD to incorporate education in the classroom about survival techniques that could help keep students and teachers safe in the event of an emergency.

“The idea of the club came up when a couple of students approached me in regards to starting Make Our Schools Safe at the school level, and they asked if I would be willing to sponsor it, and I said, ‘yes,’” club adviser Danielle Driscoll said.

The Make Our Schools Safe Club holds meetings on the first Tuesday of every month in room 210 where they discuss plans for future events.

The club works to educate individuals about life-saving skills, such as how to use “Stop the Bleed” kits. These kits are located in all classrooms at MSD. Members also have the opportunity to speak with school administration and state senators about issues that they feel should be addressed around campus.

“As president of the club I work to plan fundraisers, get bills such as Alyssa’s Law passed and work my hardest to make everyone feel like they’re making a difference while working together,” junior Alexa Kitaygorodsky said. “I think that we can make sure kids are checked more thoroughly going into school, and the fencing we just implemented is also on the right path to making our schools safer.”

The school club also coordinates with the national non-profit Make Our Schools Safe organization, which is dedicated to protecting students and teachers at schools. The club’s members attend events and help support the parent organization.

“We go to events that [the organization is] at and work closely with them to help promote the organization in the community and in other avenues. We are in the works right now to do other life-saving skills and events with the Coral Springs Fire Department,” Driscoll said.

This non-profit organization was founded by Lori and Ilan Alhadeff. They lost their daughter, Alyssa Alhadeff, in the shooting on Feb. 14, 2018. The couple now campaigns in the name of all of the victims of the MSD shooting.

The Change the Ref Club is another way students at MSD can voice their opinions by using their artistic abilities to show injustices in the political system. They meet twice a month on Wednesdays, after school in portable C9.

The club members have plans to put up a mural in the new building, once its construction is complete.

Manuel and Patrica Oliver formed the Change the Ref Organization after losing their son, Joaquin Oliver, in the shooting at MSD on Feb. 14, 2018.

“Part of the club is community service. We are going to do a demonstration kind of project that has to do with politics. Manuel Oliver, Joaquin Oliver’s father, talked about doing something that is a workshop where the kids are doing t-shirts. He will help them make their own t-shirts as well,” Change the Ref Club adviser Felicia Burgin said. “They also want to do a competition where somebody can win the Joaquin Award, and it’s really about somebody that cares about their family and friends and someone who is a leader in making change.”

President Iliana Waitze Zuckerman works with Burgin as well as her peers to grow the club.

“I would like to see young adults more informed politically. The more educated adults become on our American issues, the more likely young adults will go out and vote to make change,” Zuckerman said.

Waitze Zuckerman and her fellow students participating in the club hope to see more people become increasingly informed about political and social issues by shedding light on these topics in creative ways.

“For this year we have a workshop planned, but since we just started the club in the middle of the year that is all we have planned for now,” sophomore Alexis Miller said. “As a club, we really hope to see more people informed about political and social issues by working with art.”

These new clubs at MSD strive to give students a chance to make an impact on the world, whether it’s making themselves and others feel safer at school or spreading awareness about social and government issues through art.