Political discussions find their way into the classroom 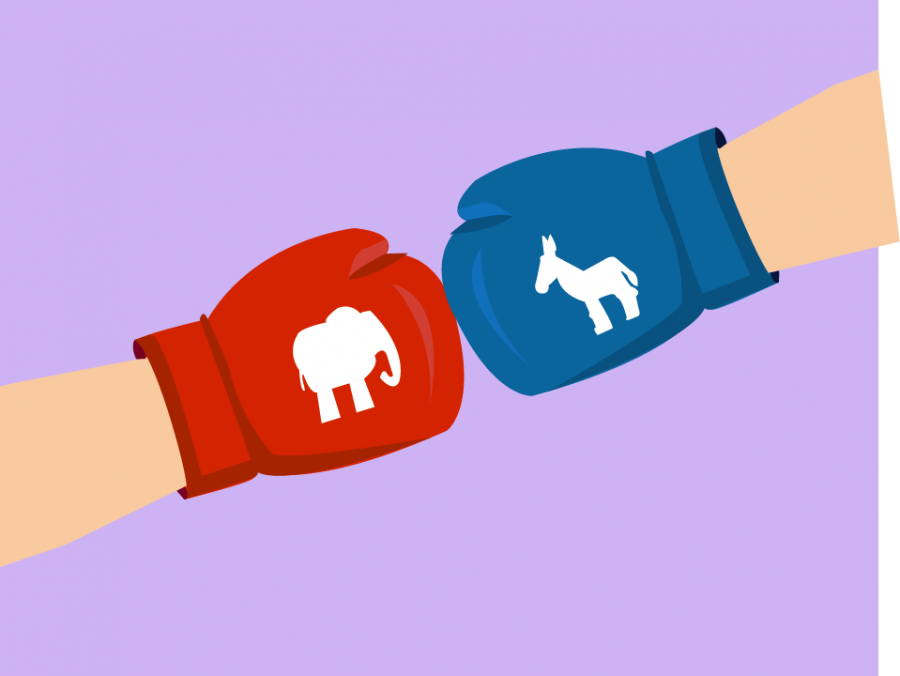 In the age where political opinions make or break one’s career, many professionals choose to avoid sensitive topics in their workplace as to avoid crossing a forbidden line. In the classroom, however, controversial and political topics are often relevant to what students are learning. Teachers sometimes work in a grey area that makes this line unclear at times. The nuances that exist in today’s age can blur the line between imposing and educating.

How far is too far in regards to exposing students to political views? Are there rules that exist so teachers are not reprimanded for every political discussion?

Article 14 of the Broward Teachers Union Education Professionals Contract states, “Use of political material for instructional purposes in the classroom is permitted, but each employee must be accountable that the presentation is open-minded, fair, responsible, and respectful of the differing opinions of others. Use of political material for political purposes in the classroom is prohibited.”

This rule allows for teachers who cannot avoid politics in the classroom to educate their students in an unbiased manner free from backlash. Social studies teachers like Jeff Foster benefit from these policies.

“I don’t think teachers should share specific political views, but if they’re a social studies teacher then that is an exception,” Foster, who teaches AP Government said. “I tend to always cover both sides of every topic, but I will say that if I take a shot at a politician or make a negative or positive comment, I always try to give the opposite opinion as well. In classroom discussions, I don’t let anybody get to the point where they’re offending anybody.”

Assistant Principal Ivette Figueroa agrees as she advises faculty members against sharing their opinions in the classroom if it does not pertain to their subject.

“We’re focusing on the curriculum here. Unless it’s related to a curriculum topic then there’s an exception like in history class. I personally don’t think students should have to be listening to their teachers’ opinions in class,” Figueroa said.

However, there is a difference between imposing and educating students on various political beliefs.

According to the Broward County Policy 4213, “Proselytising should have no place in the public school. Opinion and theory should be clearly stated and identified as such.” In layman’s terms, teachers do not have the right to convert a student from one belief to another.

Principal Michelle Kefford believes teachers must be wary when faced with a hot topic and should act in accordance with district policy.

“It depends on the context. If a teacher is asked, what is your opinion? They have to really just be very cautious, say ‘I don’t want to share my opinion’ and that’s fine. But it becomes inappropriate when teachers punish students for their beliefs,” Kefford said.

According to Rule 6A-10.081, Florida Administrative Code, Principles of Professional Conduct for the Education Profession in Florida states, “Teachers shall not harass or discriminate against any student on the basis of race, color, religion, sex, age, national or ethnic origin, political beliefs, marital status, handicapping condition, sexual orientation, or social and family background and shall make reasonable effort to assure that each student is protected from harassment or discrimination.”

Some teachers never share their political beliefs with their students, regardless of the circumstances or their curriculum. These teachers might teach a subject where politics has no relevance or sharing their opinions may go against their ideals.

Culinary teacher Ashley Kurth has made an effort to avoid political discussions with her students altogether.

“I made a point not to get specific with politics, and so I tend to avoid hot topics in the classroom,” Kurth said.

Kurth states that the one time she did share her beliefs, she received a lot of backlash, even though it occurred off-campus and outside of school hours

“In the town hall after the shooting, I said I was a Republican,” Kurth said. “I was also the first teacher that asked if teachers were going to be armed and this led to a lot of hate.”

Math teacher Kimberly Krawczyk shares the belief that educators have no place in sharing their opinions in the classroom.

“I think once you have a strong feeling about something, despite the fact we’re not allowed to influence the kids, you [believe that you] have to share it,” Krawczyk said. “Some teachers think they’re spreading social awareness when really they’re giving a subjective one-sided opinion.”

Social studies teacher Ernest Rospierski chooses to keep politics out of his classroom altogether, even though he teaches courses that involve some level of political discussion.

“It is not my place since I am a teacher my ideas could have more sway in a student’s mind. I would rather they form their own ideas,” Rospierski said.

Despite the district’s policy, some teachers still choose to state their beliefs and create political discussions within their classroom, regardless of what subject they teach. Various teachers believe it is their duty to educate their students, even when it comes to politics.

“Politics is only ever brought up in my classroom if a student talks about it. I don’t really bring it up myself, I’ll only talk if I disagree with an opinion. The media is all swayed one way, the democratic way, it is all sweet and kumbaya,” *MSD teacher Jane Doe said.

In interviews with MSD students, they expressed that a multitude of teachers have shared their political opinions in the classroom.

“One of my teachers have talked about the pro-life vs. pro-choice issue in class, basically putting it on us and saying that we should be more pro-life and that [abortions] are not right,” sophomore Giselle Hansen said. “And I don’t really think that’s something teachers should get into with their students. They should keep it to themselves and keep it more professional.”

Even freshmen who have just recently entered the school have already experienced encounters with teachers expressing their views.

“I have felt uncomfortable in class because my teacher was telling us her opinion on a controversial issue such as the use of the Confederate flag,” freshman Gabriella Reiss said.  “When teachers do this it creates tension and makes us scared to share our [opinions] if they don’t align with theirs.”

“I enjoy talking about politics with my teachers because it lets me see the different views of the world,” junior Melodie Vo said. “It’s nice knowing there are teachers here that share the same beliefs as me.”

When teachers cross the line from curriculum based political discussions to expressing personal opinions or trying to influence student opinion, there can be consequences. Teachers accused of violating district policy, are required to have a meeting with an assistant principal to discuss the accusation. The meeting can result in no action if the teacher can prove they did not violate policy. Teachers that violate the policy could receive a verbal, as well as, a written reprimand. If the offense continues, the severity of the punishment increases and can cost a teacher their job.

Despite Broward County’s efforts, political conversations continue to occur between teachers and students inside the classroom. These risky discussions beg the questions: to what extent can teachers share and how does one determine when it is appropriate.