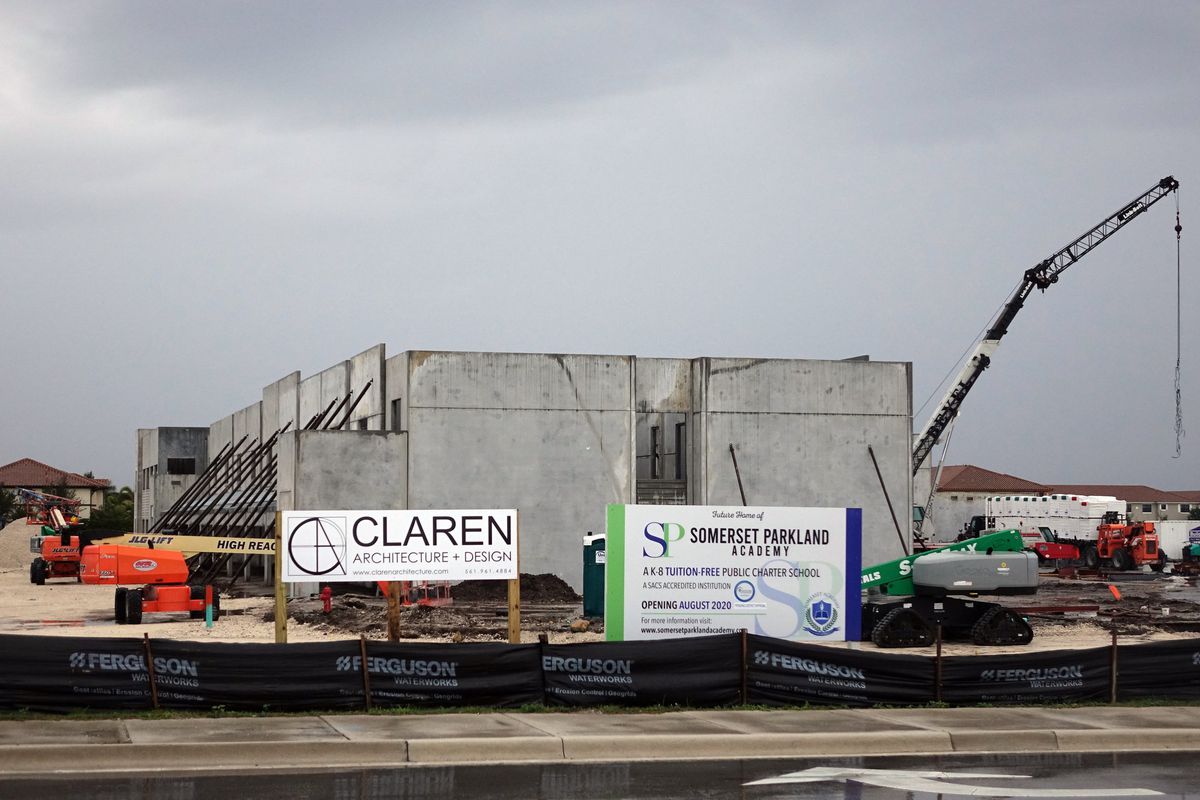 The new campus of the Somerset Parkland Academy is under construction and plans to open in August. Photo courtesy of Joe Cavaretta / South Florida Sun Sentinel/TNS

A free public charter school is set to open in the Coral Springs/Parkland area. This new school, Somerset Academy, has many other locations in South Florida, including Boca Raton, Pompano Beach and Boynton Beach.

This prestigious academy is located on the intersection of North University Drive and Hillsboro near Parkland Commons shopping center. It includes 61 classrooms on a 98,938 square ft lot, teaching kids K-8th grade.

The Parkland City Commissioners approved this location in Sep. of 2018. The school is set to open for the upcoming 2021 school year.

Somerset Academy will accept resident students from Parkland and nearby cities, and at least 500 families have expressed interest in enrolling their children.

Enrollment priority is being given to residents living within a 2 mile radius of the school. The amount of students expected to enroll is over 1,000 over the course of a year or two since initially opening.

It was described by the Sun Sentinel as a fortress. This is due to the high-tech security features this new school building has to offer. City officials believe it will shy away from the events that occurred on at Marjory Stoneman Douglas High School on Feb.14, 2018 and make parents feel there is a safer space for their kids.

Some of these security measures include surveillance cameras, a six foot fence and a controlled gate with a license plate reader.

“Security has been a major issue, and certainly the tragedy at Stoneman Douglas impacted a lot of people’s views on this. This will be one of the most sophisticated and modern facilities in the state as far as security features,” said school attorney Michael Moskowicz.

As serving as Parkland’s first charter school, the community has big expectations for their new education building as it’s the first school building added to the community in years. It helps solve the issue of over-enrollment in the other schools located in the city.

The new school will serve as a new positive influence on the community. The security features and prestigious education system it provides creates an overall great environment for anyone choosing to attend.