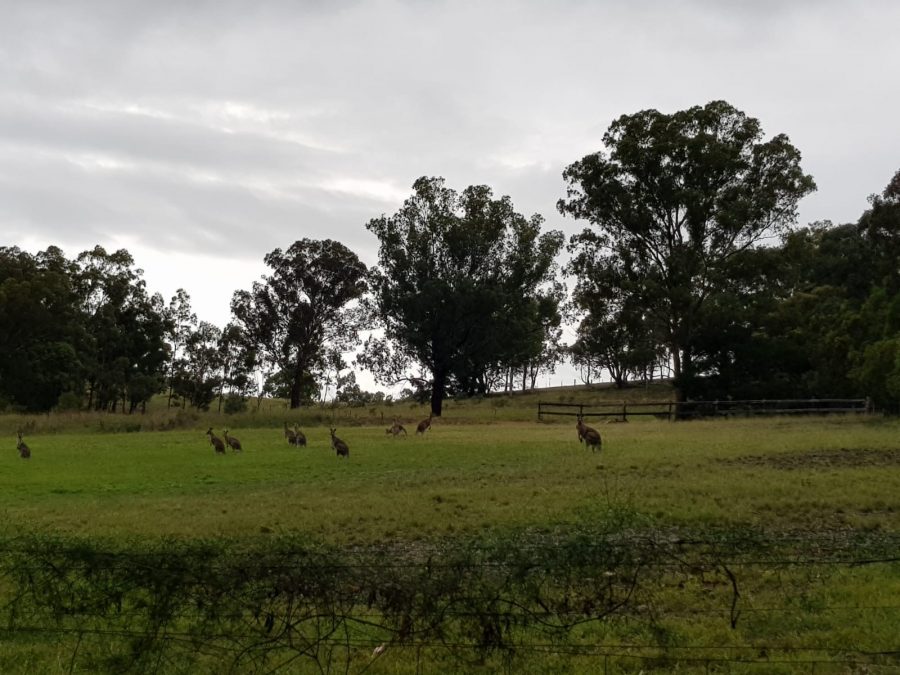 In recent weeks, COVID-19 has spread across the globe. The virus which originated in Wuhan, China has infected over 1.53 million people and killed over 93,000 people across the world as of April 9, according to CNN. There are countless negative impacts on the world’s economy and health as a result of this pandemic.

Over 6.6 million people have filed for unemployment payments; healthcare workers must treat contagious patients when they lack adequate supplies and many are being quarantined for weeks with no end date in sight. However, this quarantine has helped to revitalize the environment in numerous ways.

Due to how easy the virus can spread, a third of the global population is on coronavirus lockdown. Hungary, Singapore, Thailand, Italy and the United States are just some of the countries that have implemented mandatory mass quarantines and border closures so far.

In the U.S., many measures have been put into place to slow the spread of the virus and flatten the curve. Most states have been placed on lockdown or shelter- in- place where the only permitted travel is to essential business such as banks, grocery stores and gas stations.

One state taking extreme precautions to keep its 39.56 million inhabitants safe is California. The shelter- in- place order in California means that essential state and local government functions will remain open, while operations deemed non-essential such as dine-in restaurants, nightclubs, gyms, fitness studios and salons will be closed.

As a result of these lockdowns, less people are leaving their homes and are less likely to drive cars or fly in planes. According to a March 19 LA Times article, the coronavirus pandemic has helped to lower the amount of greenhouse gas emissions in the atmosphere, especially since factories that create lots of pollution are now closed. Car companies such as GM, Ford and Fiat Chrysler have all announced the closure of their factories, which has helped to keep our air cleaner.

“As a result of the lockdown, my parents and I have rarely been driving and only use our car when we need to buy food or get other essential items,” sophomore Luke Briden said.

In China, where skies were once filled with smog, and its 1.386 billion residents covered themselves with facemasks to prevent themselves from inhaling polluted air, is now experiencing clear skies. According to NASA, air pollution levels have dropped by roughly a quarter over the last month as coal-fired power plants and industrial facilities have ramped down so employees in high-risk areas can stay home. Levels of nitrogen dioxide, a pollutant primarily from burning fossil fuels, were down as much as 30%.

“With the ongoing situation of COVID-19, it can be very depressing to constantly hear about all the negative things happening in the world,” freshman Jason Choy said. “It’s uplifting to hear about the positive impacts on the environment despite all this.

The environmental benefits of COVID-19 have spread to Italy where the famous Venice Canals run clear and dolphins appear in the waterways. The water in the canals, usually cloudy from boat traffic that brings sediment to the surface, has turned so crystal clear that people are able to see fish swimming deep below according to ABC. Residents were also able to spot swans and dolphins on the ports.

“It makes me happy to hear how wildlife has rebounded in the Venice canals, but it really goes to show what a major negative impact humans have on the environment,” junior Jordan Campbell said.

With over 7.8 billion people in the world who drive, run factories, fly planes and litter, it is clear that humans have a large effect on their environments. This pandemic, while grim, can be seen as a wake up call to the damage of climate change. Creating more renewable and earth-friendly alternatives to things that humans use every day may be a positive outcome that comes out of this quarantine.