THE EAGLE EYE • May 22, 2020 • https://eagleeye.news/14989/artsandleisure/spotify-releases-celebrity-readings-of-harry-potter-and-the-philosophers-stone/ 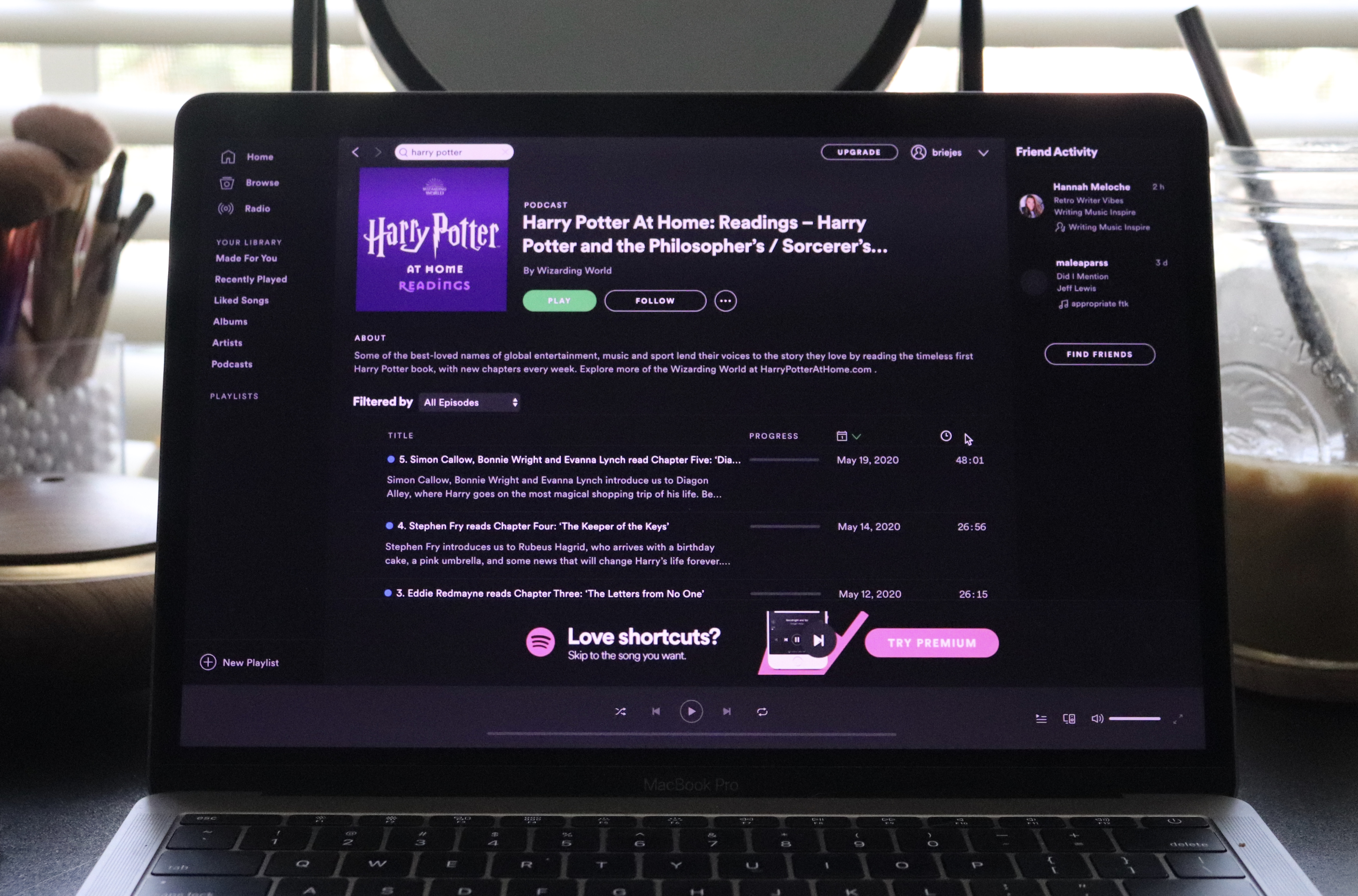 On May 5, Spotify released Harry Potter at home readings: an audiobook of “Harry Potter and the Philosopher’s Stone.” Unlike previous audiobooks of this novel, celebrities such as David Beckham, Dakota Fanning, and even Daniel Radcliff are the voices of this new audiobook.

Spotify launched this new audiobook as a free initiative, designed to help deliver the classic novel in a new way to families and children in lockdown due to coronavirus.

“I think it’s a great way to provide some entertainment to fans of Harry Potter, and it’s really enjoyable to hear celebrities I love read one of my favorite books,” senior Amanda Brotton said.

Spotify is currently releasing two chapters per week and plans to have all 17 chapters released by the middle of summer 2020.

The Wizarding World website is releasing video recordings of each chapter reading, as part of their Harry Potter at Home initiative, created to provide entertainment to fans during quarantine.

This new audiobook is available on Spotify, and both free and Premium users can access it. The new Spotify Kids app will release the audiobook as well, and the new app is available to Premium Family members in select markets.