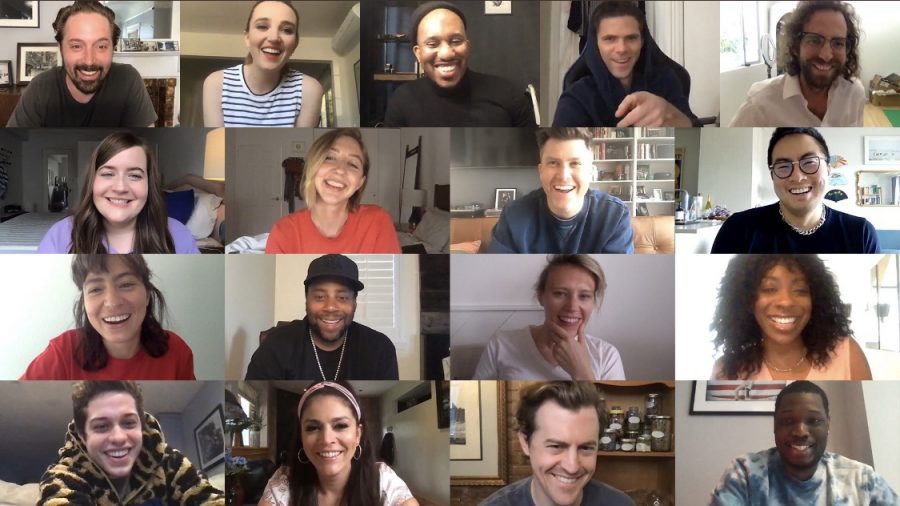 On Saturday, April 11, the first at-home Saturday Night Live episode aired with actor Tom Hanks as the host. He introduced this episode from the kitchen of his home.

SNL is an American late-night television show which generally airs live from New York City and was initially televised in 1975. It streams on the National Broadcasting Company and includes celebrity hosts and cast members who perform comedic sketches, musical performances and digital shorts.

However, due to the COVID-19 pandemic, SNL cast members have resorted to filming episodes from their homes to help keep themselves and their families as safe as possible.

“Usually SNL is filmed in a studio, but now that they are filming the episodes from home, they are different,” Marjory Stoneman Douglas High School sophomore Jake Weiselbrg said. “There are so many funny skits included in the at-home episodes, and it still looks like they are having a lot of fun filming from their homes.”

These episodes are structured similarly to how regular SNL episodes are made since they still contain sketches; however, these at-home episodes are filmed by cast members themselves or by those they live with instead of a camera crew. SNL’s post-production team takes the footage that they receive from the cast members and turn it into an SNL episode that is ready to be aired the following Saturday night.

For the first SNL episode that Hanks hosted, singer-songwriter Chris Martin was the musical special guest. He performed a cover of Bob Dylan’s “Shelter From the Storm.”

The opening scene was a sketch about the very first Zoom call for “SalesCorp Industries,” which featured two receptionists named Henriette played by Aidy Bryant and Nan played by Kate McKinnon. This skit spoofed life under quarantine. For instance, the two ladies talked about how they have no toilet paper, which has been a trending issue during this pandemic.

Chloe Fineman, Larry David and Pete Davidson also took part in sketches that were included in this particular episode.

One of the sketches featured in the first episode included Davidson creating a parody of a Drake rap music video, where Davidson was featured in a music video that was filmed from his mother’s basement.

“Personally, I think the music video skit that Pete Davidson did was absolutely hilarious,” sophomore Cameron Harris said. “The fact that it was filmed from his mom’s basement really made the whole thing extra entertaining. It looked like he was having a great time just singing along to lyrics he made up and dancing around in his mom’s basement.”

Additionally, the first episode paid tribute to SNL staffer and music producer Hal Wilner, who passed away due to the coronavirus on April 7.

On April 25, SNL released its second episode from home and on May 9, their third episode was released. However, the show’s 45th season ended with May 9th’s episode because it was the last episode of the season. There will not be any new SNL episodes until at least Fall 2020.