[Opinion] America has always been racist, but you had the privilege to ignore it 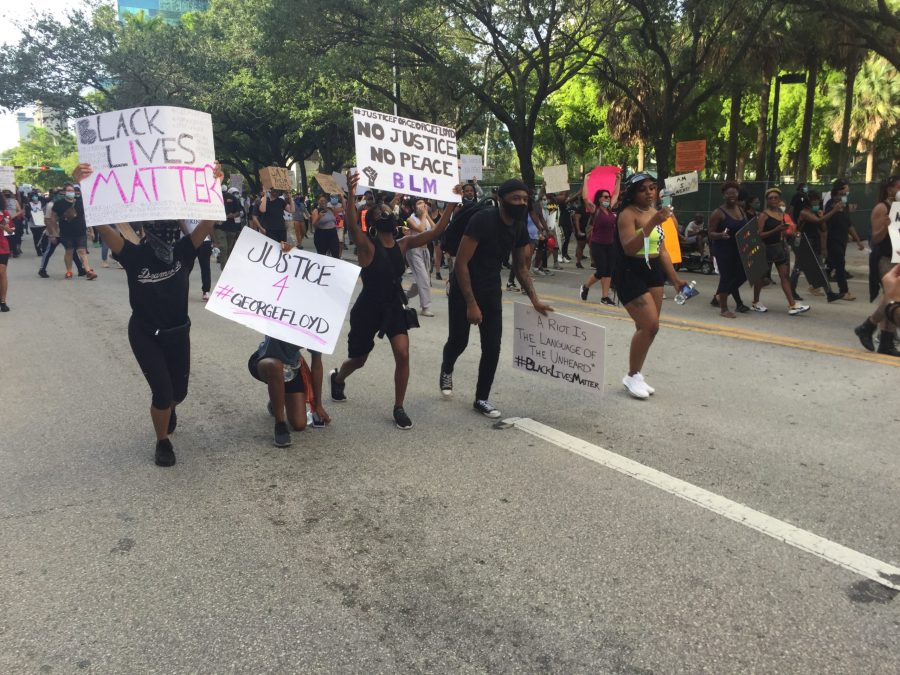 On May 31, 2020, a protest took place in Ft. Lauderdale, Florida in honor of George Floyd, a victim of police brutality. Photo By Anna Bayuk

Amid the recent protests in the United States, it has become evident that the American justice system works against minorities, specifically African Americans. From Trayvon Martin to George Floyd, unarmed black men are treated as inferior simply because of their skin color.

Regardless of how the black community conducts themselves, they are often found to be targeted by law enforcement at a drastically higher rate than their white counterparts. According to a 2019 study conducted by the National Academy of Sciences, black Americans are 2.5 times more likely to be killed by police than white Americans.

In addition to being wrongfully killed by officers, blacks are often disproportionately arrested and convicted compared to any other race. For example, the NAACP states blacks are incarcerated at more than five times the rate of whites.

Clearly, there is a racial bias that exists within the system, and it is perpetuated by law enforcers. Altogether the black and hispanic communities only account for 32% of the population, yet they account for 56% of the prison population according to the NAACP.

Statistics prove that the American justice system is unfair towards minorities. Even in the education system racial disparities exist and continue to impact black youth.

For instance, the ACLU conducted research on the school-to-prison pipeline and reported that black students represent 31% of school-related arrests. In the same study, they found black students are three times more likely to be suspended and expelled in comparison to white students.

These kinds of events discourage black youth and lead them to believe they cannot break stereotypes. From the day they are born black people are told they are thugs, criminals, gang bangers and every other derogatory term that pertains to their community.

When people are treated as criminals that is all they will ever be. We create what we fear, and if we don’t educate the masses there will never be change. The racism and white supremacy that are prevalent in the system must be eradicated if the U.S. ever expects to be an equal country.