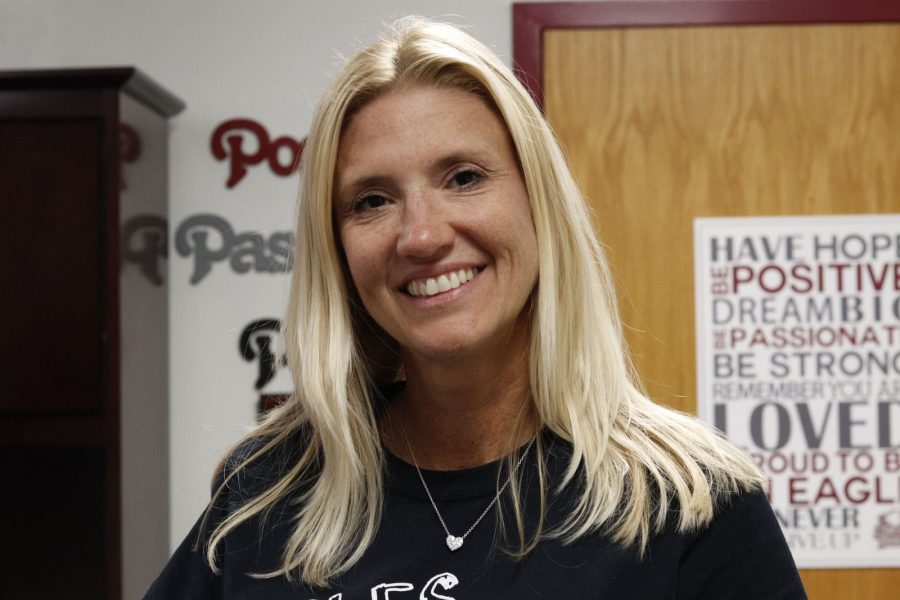 Michelle Kefford was nominated for the 2021 National Principal of the Year Award. Photo by Brianna Jesionowski.

*This story was co-written by Eden Rothenstein and Alexis Dalva*

“Kefford is really sweet and kind. She is an amazing principal and makes sure everyone stays on track and gets good grades,” sophomore Sydney Wolfman said. “If you ever have a problem, you can always go to her.”

Before becoming principal, Kefford was a biology teacher at MSD and returned to the school to assume the position of principal in July of 2019. Kefford has been involved with the Broward County Public School system for more than 20 years and started her administrative journey as principal at Charles W. Flanagan High School in 2011.

Kefford believes what sets her apart from other candidates is the number of students MSD has. There are over 3,000 students at MSD. This led Kefford to establish a program known as Kefford’s Kitchen, in which students are provided a forum to express their questions and concerns about the school with her over lunch. Additionally, she was determined to form positive relationships with her faculty throughout the year.

“In the year and a half I have worked with [Kefford] I have noticed a few things. Number one, she genuinely cares about her staff and students. She also communicates really well which is so helpful in these stressful times,” hospitality and tourism teacher Mitchell Albert said.

Even though Kefford just recently became the principal at Marjory Stoneman Douglas,

She is already known for forming positive relationships with the student body and staff at MSD.

“The things that set Mrs. Kefford apart from other principals in the county are her energy, enthusiasm and involvement. She seems to have an endless supply of energy when she is on campus. I have never seen her going at less than 100%,” algebra teacher Jeffery Taylor said. “She approaches every task and responsibility with enthusiasm and it spreads to those she is working with. Perhaps most significant is the fact that she is personally involved with the process of providing the best education possible at MSD. She makes her expectations known to the teachers and will come alongside them to help them achieve the goal.”

Despite the obstacles of online learning, Kefford continues to work hard for the well-being of her students and faculty. As the votes come to an end, the National Principal of the Year Award winner will be named on Wednesday, Oct. 21.