Season 1 of ‘Julie and the Phantoms’ proves incredibly binge-worthy 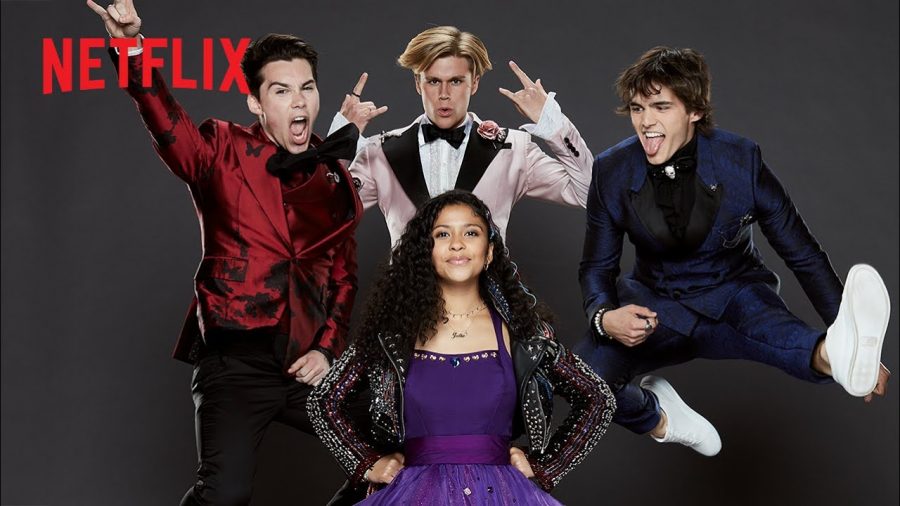 On Thursday, Sept. 10, Netflix released “Julie and the Phantoms” with a total of nine episodes. In its most basic form, the show is a musical with several episodes directed by Kenny Ortega, who is most well-known for directing “High School Musical.” In a more complex sense, the story follows a girl who finds her love for music again after meeting three teenage ghosts.

Sixteen-year-old Madison Reyes plays the title character Julie, a girl overcoming the loss of her mother. The lead singer and guitarist Max, who is played by Charles Gillespie, is obsessed with making a legacy; Reggie, who is played by Jeremy Shada, is the classic kind yet dumb best friend. The last member of the band is the drummer Alex, played by Owen Joyner, who is the heart of the group.

The show starts with a few short scenes set in 1995, following the band while they are still alive. Quickly, the years flash forward to 2020 and Julie’s high school. After nearly giving up on music, she is going through some of her mom’s old things, and in some mysterious way brings the band to her.

The show has several antagonists on various levels. Julie’s personal villain is her ex-friend Carrie (Savannah Lee May) and Max’s is another musician. While there is an overarching villain, he is not the major issue. What really concerns the characters is why they were brought back to life.

Emotions are a significant part of the show, expressed mainly through music. “Unsaid Emily” and “Wake Up” hit deep feelings of loss and how it affects people differently. Most of the other songs are upbeat, party songs, like “Edge of Great.” While all the musicians are highly talented, Reyes stands out the most.

Eventually, a full soundtrack for the show will be released, however, “Edge of Great” is the only song officially released at the moment.

The show sat on Netflix’s Top 10 during the week of its release. Although nothing has been officially announced, the fact that the season ended on a cliffhanger gives many fans hope for a second season.