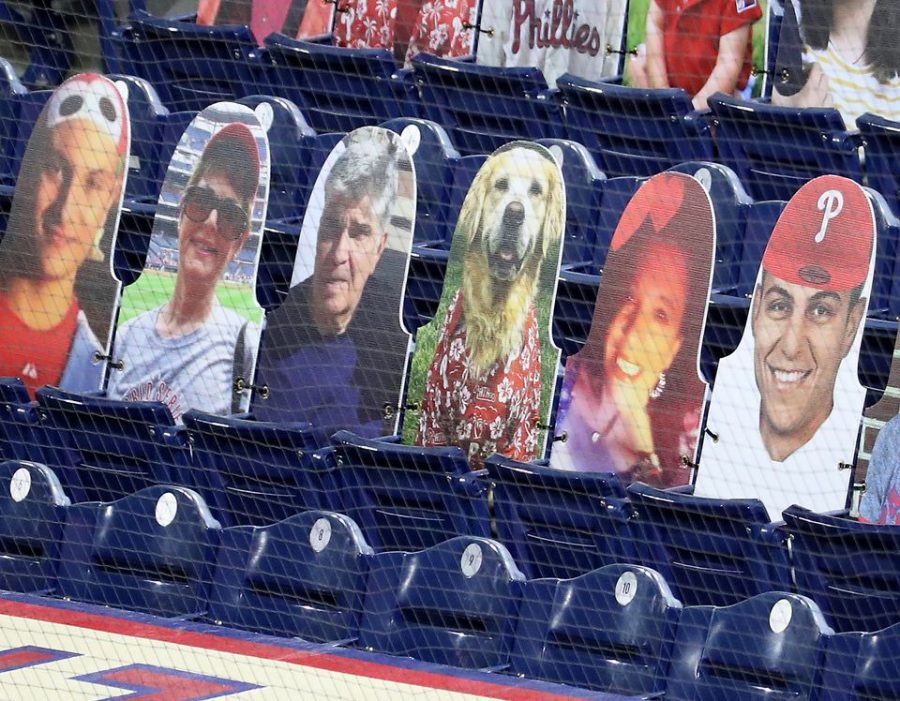 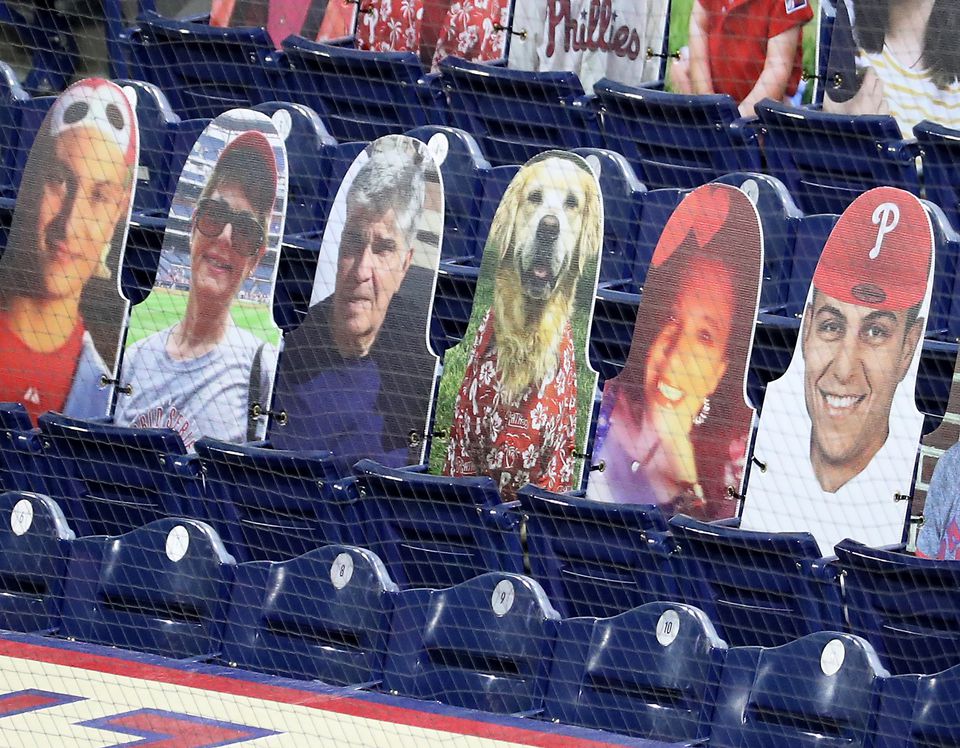 People paid to have their pets on cardboard cutouts in the stands at Citizens Bank Park, as seen during a New York Mets vs. Philadelphia Phillies game, Friday, Aug. 14, 2020. Lori M. Nichols | NJ Advance Media for NJ.com/Lori M. Nichols | TNS

On Thursday, July 23, Major League Baseball kicked off the long awaited season on Opening Day. To prevent the spread of COVID-19, the league postponed the season for about five months after safety measures were taken.

The much anticipated baseball season was seemingly different. The stadiums that were once packed with large crowds and a surplus of hotdogs were nearly empty. This was due to MLB  preventing fans from attending games for the 2020 season as a result of coronavirus safety precautions.

This idea began with the Seattle Mariners, who introduced the idea of filling the empty stadium seats after seeing cardboard fans used in European soccer leagues. It then spread to other MLB teams that found the idea interesting and as a great way to bring in revenue after losing ticket sales.

“It is a very good idea with everything going on,” sophomore Jacob Herzberg said. “It gets fans involved by knowing that they can participate in the game, even if they are not there.”

The use of cardboard cutouts instead of real fans didn’t just impact the fans and team administrations, but it also impacted the players. “The players aren’t focused on the stands,” freshman Ryan Metcalf said. “If anything, fans are a distraction.”

Battersare able to direct their attention solely to the incoming baseball. This evidently makes them more productive in a game. For example, the San Diego Padres recently became the first team in history to hit a grand slam in four consecutive games.

With baseball becoming more intriguing, fans are getting more involved. Consequently, fans are going to want their own cutout in their favorite team’s stadium for the season.

“I think it is cool. You don’t have to be there to enjoy watching baseball, and it’s good that everyone is kept safe,” Metcalf said. “I think MLB putting the cardboard fans in stadiums gets rid of the empty seats, and makes it seem more like a regular game.”

Even the hometown team, the Miami Marlins, are performing much better than they have in previous seasons. However, some people see it as just another money grab.

“I feel like they [cardboard cutouts] are just there to try and fill the stadium, so on TV it doesn’t look empty,” junior Cameron Harris said. “The players just play their game, and do what they normally do.”

Cardboard cutouts are being used to attract fans that are forced to watch games from home. Whether or not they have an effect on players is up for debate. Nevertheless, cardboard cutouts in replacement of fans is still a creative way to fill stadiums.

Among the fans having their cutouts in the stands for amusement, some fans use cutouts for other purposes. One of which is the parents of Marjory Stoneman Douglas High School’s Joaquin Oliver, who tragically passed in the 2018 shooting. Oliver’s cutout was put in 14 MLB stadiums to raise awareness for gun violence.

Another way the MLB fans use cardboard cutouts for purposes other than pure enjoyment is for souvenir giveaways. If a baseball flies over into the stands, and hits someone’s cardboard cutout, that person will receive the baseball in the mail.

To purchase a cardboard cutout, fans can go to the MLB website or their favorite team’s official webpage. Then, they can upload a picture of themselves, and soon enough, their head will appear in the stadium of their choosing.

Cardboard cutouts seemingly had a great effect on MLB fans, team administrations, and players. The use of cardboard cutouts has become an instant hit, and could be here to stay, at least until fans can return.