[Opinion] Tokenism must be addressed in American politics 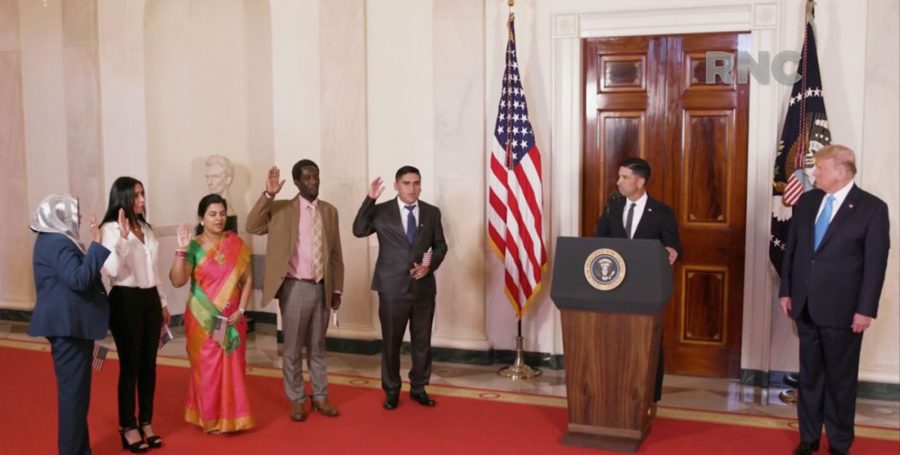 As the world becomes more accepting and welcoming of others, more and more places have begun to experience more open diversity. Recently, businesses see a greater need for diversity and are hiring people accordingly to make it possible. This is great news for minorities and marginalized groups in America that are all too often overlooked.

However, there is a fine line between wanting to increase the diversity in your organization to give an opportunity to those that seldom get it and using these minorities in order to brag and post about your diversity.

The political parties in our country have crossed this line.

The term to describe what our political parties do to minorities is tokenism.

Tokenism as defined by Oxford Dictionary is “the practice of making only a perfunctory or symbolic effort to do a particular thing, especially by recruiting a small number of people from underrepresented groups in order to give the appearance of sexual or racial equality within a workforce.”

To simplify, tokenism is a form of performative allyship.

This seems quite odd, but there is a reason why the RNC made it this way.

Throughout the RNC, multiple speakers raved about the community and inclusivity found in the Republican Party especially when supporting President Donald Trump. That being said it is known that the Republican party, having many conservative members, is consistently branded the label of homophobic.

So, in order to keep in line with conservative values and be able to claim diversity the RNC had Grenell speak without there being any mention of his sexuality or sexuality at all. This means that to know Grenell is gay you would’ve had to known prior or have done your research after the fact. Grenell essentially becomes the gay scapegoat for the RNC.

Grenell speaking at the RNC is a very blatant example of tokenism in action. Nonetheless, neither political side is innocent in this matter.

The Democratic party just tends to be more covert with their tokenism, but it’s there just the same.

For example, past members of Elizabeth Warren’s campaign have often felt the need to change themselves in order to blend in with the predominantly white staff. They felt that Black, Indigenous, people of color’s (BIPOC’s) voices were silenced and felt that they were only there to diversify her campaign staff. Also, at the Democratic National Convention (DNC) there was Muslim representation, but it felt like they were there for show and were being put on the sidelines.

Both parties are guilty of using minorities as a way to meet a quota of diversity for news outlets and the general public. This is not only wrong, it puts BIPOC, LGBTQ+ people and women in a very uncomfortable and unfair position.  Leaving them to debate between wanting to be an advocate but not wanting to be a token to whatever political party, advertising campaign, or business is trying to recruit them.

While tokenism may seem well-intentioned, it is not.

Using people strictly because of their skin color, ethnicity, sexuality or gender identity is wrong no matter the situation. Tokenism is too often swept under the carpet and used as a shield to protect whoever or whatever from allegations of racism, homophobia, transphobia, sexism, etc. This ‘protection’ puts out a false narrative to the public and allows for inequalities to be seen as invalid.

All marginalized people deserve to see themselves represented and heard freely without being taken advantage of in order to express an organization’s supposed diversity. Those same people also deserve to see real change in politics and in society so that they can feel safe and protected in this country.

That’s not too much to ask.