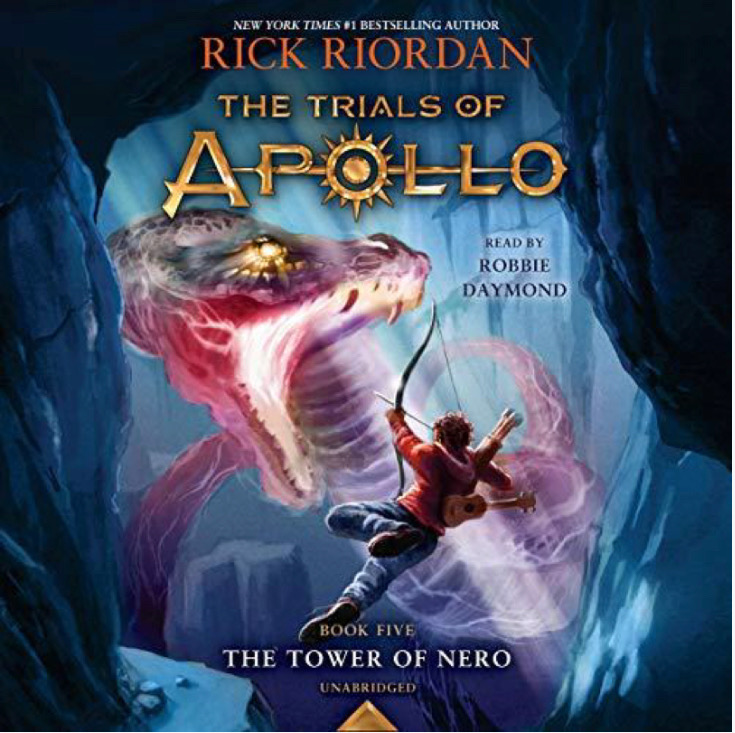 "Trials of Apollo: Tower of Nero" centers around Apollo in mortal form and his battle to defeat his greatest enemies.

After years of characters and conflicts, Rick Riordan released the final book in the Camp Half-Blood Chronicles. “The Trials of Apollo: The Tower of Nero” came out on Tuesday, Oct. 6 and is the fifth book in the “Trials of Apollo” series. Although the series only spans six months, the first book was released four years ago.

The story follows currently mortal Apollo and his quest with Meg, a young demigod, as they once again head to New York. Similar to every other book in the series, it has a handful of cameos from fan-favorite characters, such as Sally Jackson, as well as bringing two rather major characters along for the last quest.

As the last book in the series, Apollo must face the final two villains: title character Nero and Apollo’s archnemesis Python. Readers may question how two conflicts work in only 416 pages. Well, the answer is by making the ending rather rushed, spending around three of the 39 chapters with Python.

After months of fans worrying about character deaths due to the events of the last two books, there have been many theories about whether any characters would die. There were also several theories about which characters, besides Will Solace and Nico DiAngelo, would be making an appearance.

Riordan kept up with his task of making every single chapter title as a haiku; he even made the last chapter titled “Two hundred and ten/Is a lot of haiku, but/I can do more if-/(*insert the sound of a god being strangled here*).”

Overall the book is hilarious, with Apollo constantly breaking the fourth wall and making snide remarks directly to the audience. Besides that, there is tremendous character growth and plenty of heartfelt moments for readers to “aw” at.

The book is available at most bookstores, in-person and online, as well as on audiobook. The audiobook, like every other book in the series, is read by Robbie Daymond. Daymond is very charismatic and portrays each character enthusiastically. While this is seemingly the last book in the universe, fans do not have to worry about losing out on such great characters. Riordan is currently working on a “Percy Jackson and the Olympians” show for Disney Plus and “The Kane Chronicles” movie for Netflix. With that in mind, many fans are hopeful for the future of the fandom.