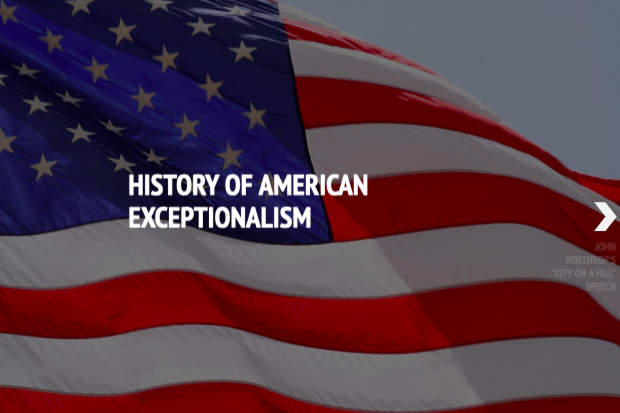 Out of our 11 years of attending public school classes, including years of United States and world history courses, it was not until the seventh grade that we had finally learned about America’s brutal treatment of the indigenous people.

For those who have grown up in the United States’ school system, a statement like that is no surprise. American exceptionalism is the belief that the United States possesses qualities that make it unique, different and special. It has been ingrained into our curriculum from elementary to high school, and even all the way to college.

The superiority of America is forced upon us from the first day of kindergarten as students are commanded to rise, hand over heart, pledging their devotion to the only country that provides “liberty and justice for all.”

Contradictory topics that portray the reality of our country’s foundation, such as slavery and the treatment of Native Americans, are often overshadowed by teachers and curriculum. Understandably so, it is much easier to both teach and learn about our shining model of democracy and moral guide of freedom and liberty.

An example of this teaching of exceptionalism is evident in Florida. After much hesitation and controversy, the superintendent of the Santa Rosa County school system agreed to put up a sign to inform students that the Pledge of Allegiance is not mandatory.

The immense backlash received by the school board from parents and teachers resulted in people going as far as blasting the school system on social media and even throwing away the signs. This case alone proves just how reluctant we are to deter children from thinking that America is the greatest country in the world.

That being said, exceptionalism itself is not inherently a bad thing. While it is true that America has unique and redeeming qualities which deserve to be praised, if these qualities are the only ones that we are taught, it is no longer patriotism. Instead, it is ignorance towards the tremendous injustices that have occurred throughout American history.

These injustices are not limited to the treatment of the indigenous people we have previously mentioned as they continue to prevail in America today. The most relevant being police brutality towards the black community, which sparked political upheaval and popularized the Black Lives Matter movement working to fight this discrimination.

Movements such as All Lives Matter, used to counter the progress of Black Lives Matter, are motivated by the ideas of exceptionalism and their refusal to accept the fact that our country has its flaws.

Exceptionalism should be taught with truthfulness and dignity. Our country should be held to the same standards that we hold ourselves and our children: with an equal balance of respect and accountability.

It is often argued that by exploring the negative aspects of American history, we are teaching our children to hate their country or to hold some sort of resentment. However, at the end of the day, it is only with true understanding that one can form a genuine love and respect for something as basic as the land we stand on.

The dangers of erasing and distorting history are boundless. The most concerning being the window of opportunity for atrocities in history to repeat themselves. It is our responsibility not just as Americans, but as humans, to ensure that we are teaching future generations the truth about who we are and how we got here.