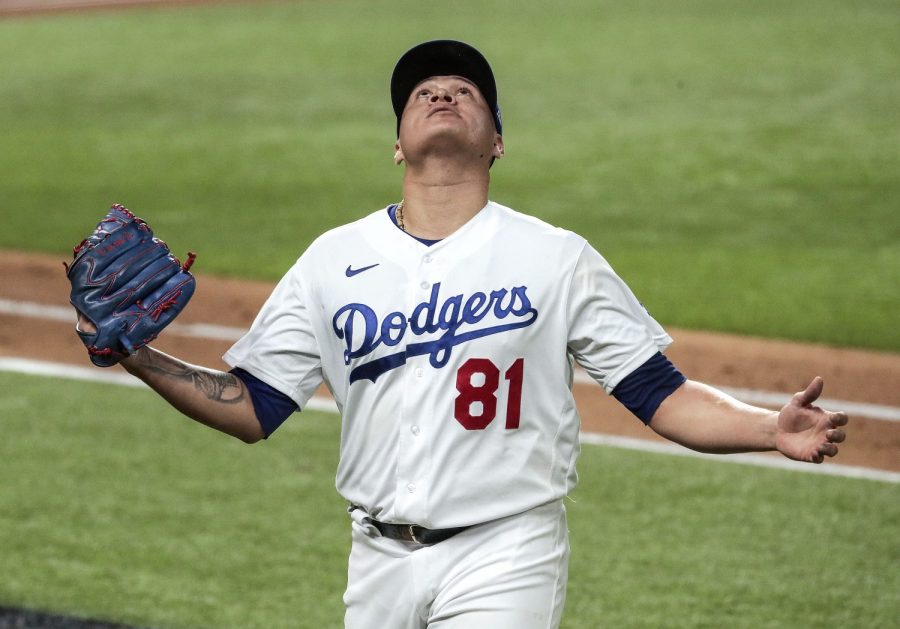 The Tampa Bay Rays led baseball with a 40-20 record en route to winning the tough American League (AL) East division over the New York Yankees. The Rays won the division for the first time since their 2010 season. Their biggest highlights this season came in their games against the Yankees, where they went 8-2 against the Cubs, helping them come out on top of the division.

On the night of Sep. 23, the Rays beat the Mets with a score of 7-2 to clinch the division win with the Yankees falling in second. The Toronto Blue Jays finished third overall, making playoff appearances this year.

The Rays’ success this year exemplifies the team’s good management as they came in with the lowest payroll of any team to make the playoffs. They finished just ahead of the Baltimore Orioles and the Pittsburgh Pirates who were not close to making the playoffs this season. The Rays’ payroll of 23 million dollars pales in comparison to the Yankees’ payroll of 77 million dollars. 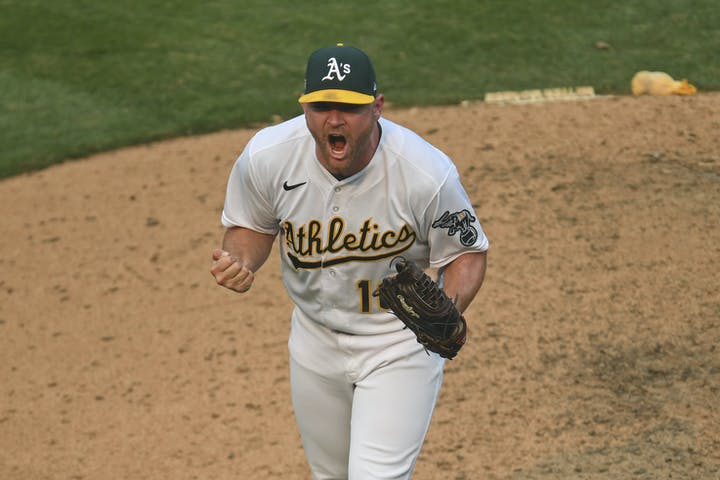 Oakland Athletics pitcher Liam Hendriks celebrates after striking out Chicago White Sox’s Nomar Mazara for the final out in Game 3 of their American League wild-card series in Oakland. (Star Tribune/TNS)

The Oakland Athletics are another team that has managed extremely well even with a limited budget. They managed a 36-24 record while having the fifth-lowest payroll in baseball.

Even though they are struggling this year while missing their best player, Matt Chapman (26), due to an injury, they are still one of the best teams in the league.

The Oakland A’s pitching staff features Marjory Stoneman Douglas High School class of 2016 alumni, Jesús Luzardo, along with other top pitchers Mike Minor and Sean Manaea. Chris Bassit, another top pitcher this year, will be the key to a deep playoff run for the Oakland A’s.

Minnesota Twins’ Max Kepler celebrates after scoring on a double by Nelson Cruz in the third inning against the Houston Astros in Game 1 of the MLB Wild Card Series on Tuesday, September 29, 2020 at Target Field in Minneapolis, Minnesota. (Carlos Gonzalez/Minneapolis Star Tribune/TNS)

The Minnesota Twins were led by some more unlikely faces than expected from last year’s run. Star players like outfielder Max Kepler and shortstop Jorge Polanco did not perform as well as the team was hoping. Instead, players like trade acquisition Kenta Maede led their pitching staff.

The team’s hitting and pitching led the Twins to a 36-24 record en route to an AL Central division clinch. In order to make a successful playoff run this year, the starting pitching is going to have to perform well. 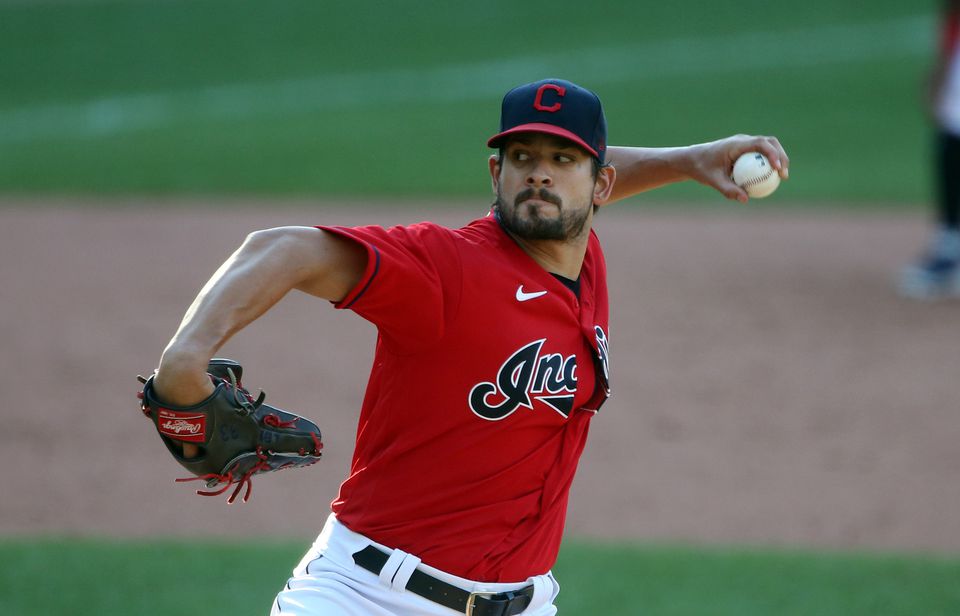 Despite the rough start to 2020, the Cleveland Indians ended with a blazing finish, leading them to a second-place close in their division, resulting in a playoff appearance. As a team, they are in a rebuild/playoff push as their star player, Fransico Lindor, will be a free agent soon. However, their general manager, Carter Hawkins, is not sure if Lindor is within the team’s budget.

At the beginning of the season, the Indians entered with four elite starting pitchers including Corey Kluber, Shane Bieber, Mike Clevenger and Zack Pleasac. Even though they were in a competitive position this year, they traded former Cy Young Award winner Corey Kluber and All-Star Mike Clevenger to the Rangers and Padres respectively.

The New York Yankees went through the season with a record of 33-27. With a roster loaded with talent from top to bottom, the team had high expectations for their performance; however, the team was plagued with injuries once again. Over the course of the year, 21 of their players were injured, which ended the full season for several of them.

In addition, they experienced a cold streak near the middle of September, causing them to fall six games out of the division. Nevertheless, the team was able to fight back and finish second in their division. Despite their losses, the Yankees are expected to make a deep playoff run.

Alex Rodriguez, a freshman at Marjory Stoneman Douglas High School, also believed the Yankees’ performance was below their usual standards.

“The Yankees overall did good this season, but I think we could’ve done better in the regular season,” Rodriguez said. “[They] struggled at the beginning of the season, but then managed to fight their way into the playoffs.”

Jose Urquidy #65 of the Houston Astros delivers a pitch against the Minnesota Twins during the first inning of Game Two in the American League Wild Card Round at Target Field on September 30, 2020 in Minneapolis, Minnesota. (Hannah Foslien/Getty Images/TNS)

After making the playoffs, even with their worst record in years, as well as most of their star players playing worse than they were during the cheating incident when the Astros set up cameras in center field to steal the catcher’s signs back in the 2017 and 2018 seasons.

The Houston Astros wanted to prove to all the people who doubted them that they could win without cheating.

Due to their weak division, they finished second with a playoff spot, matching up against the Minnesota Twins.

“On the other side, solid contact by the Astros and a lack of overall success has been a storyline so far this series, and it continued in Game 3. The Astros have 31 hard-hit batted balls so far in the series to the Rays’ 21, and seven barrels to the Rays’ three, to no avail,” the official website of the MLB said.

The Chicago White Sox went into the playoffs with a 35-25 record. After a long-awaited season, on Mar. 12, the MLB released a statement saying that they were pushing back the season due to the ongoing COVID-19 outbreak.

The White Sox have struggled in the past few years during a rebuild. However, this year the team called up many game-changing players from the minor leagues, which allowed them to succeed throughout the regular season.

In addition to the new players from the minor leagues, the team supplemented their roster with veteran players like catcher Yasmani Grandal and pitcher Dallas Kuechel. These new additions helped lead their team and mentor the young players.

The Los Angeles Dodgers have been plagued for around five to ten years with a playoff “choke” after they had done so well in the playoffs before. They are looking to beat the idea of the team that does great every regular season.

This team is set to make a very deep playoff run matched up against the eighth seed with their loaded roster of MVPs, All-Stars, Cy Youngs and more.

The Atlanta Braves went into the playoffs with a 35-25 record. They were the top overall team in the Eastern Division. The team was led by outfielder Ronald Acuna Jr. and first baseman Freddie Freeman.

Early injuries to their pitching staff, including a torn Achilles tendon to their ace Mike Soroka, severely impacted their chances to be successful this year. As a result, young pitching prospect Ian Anderson stepped up and performed extremely well compared to other pitchers on their staff.

They are striving to break the narrative of the team who never seems to win playoff games, with a shot at a World Series.

Cubs center fielder Ian Happ hits the ivy while making a catch against the Marlins in Game 1 of a National League wild-card series Sept. 30 at Wrigley Field. (Brian Cassella/Chicago Tribune/TNS)

The Chicago Cubs, the 2016 World Series champions look to win another championship with their current group of star players.

Led by recent free-agent signee Yu Darvish and MSD alumni Anthony Rizzo, they look to make another deep run in the playoffs this season. Some of their superstars haven’t performed as well as they had hoped. The Cubs had an injury-filled year from Kris Bryant, and a slow year from shortstop Javy Baez.

The San Diego Padres’ Manny Machado hits a single in the sixth inning against the Los Angeles Dodgers during Game 3 of the National League Division Series at Globe Life Field in Arlington, Texas, on Thursday, Oct. 8, 2020. (K.C. Alfred/San Diego Union-Tribune/TNS)

All of the years spent rebuilding have paid off with loads of young talent for the San Diego Padres. Featuring one of the most exciting stars in the game, Fernando Tatis Jr. (23), a shortstop for the Padres.

According to CBS Sports, Fernando Tatis Jr. was four years away from becoming a free agent, but the Padres wanted to further his contract.

“They didn’t do terrible, they just played the Dodgers. No one can outcompete that lineup,” MSD freshman Brayden McCluskey said.

The St. Louis Cardinals went into the playoffs with a record of 30-28. They have a balanced roster of pitching and hitting that will have to work together to make a playoff push.

The Cardinals have played 61 playoff games since 2011, so they have experience playing high-pressure games like these.

The Miami Marlins have not made the playoffs since 2003 when they won the World Series, finishing with a 31-29 record. The team was led this year by a new core of young players and veterans. Corey Dickerson (23), Miguel Rojas (19), Jesus Aguilar (24) and Garret Cooper (26) lead a potent lineup of young players including Brian Anderson (15) and Jazz Chisolm (70).

On the last day of the trade deadline, they made a huge move to solidify their centerfield with All-Star Starling Marte, which was one of their weaker positions.

This team is currently in shape to be a top team in the NL in the future. Therefore, if they don’t make a far run this year in the playoffs, this will not be their only opportunity.

“I’m actually surprised about how their regular season went and how good they played. I’d have to go with them because no one expected it to happen and they’ve been my favorite team since I was a kid,” MSD freshman Jayden Dubanewicz said.

After struggling for the past few years, the Cincinnati Reds organization went all in on their future. They signed Mike Moustakas and Nick Castellanos to identical four year, 60 million dollar deals, in order to help bolster their offense. In 2019 the Reds added pitchers Sonny Gray, and Trevor Bauer to form an elite rotation made up of Luis Castillo and Anthony DeScalfani.

The Reds are in a great position to make a deep playoff run in 2020. After a very slow first 40 games, they propelled the team to a playoff spot with a strong September season. For the future, they are looking for 2017 Reds second-round pick Hunter Green (58) to replace departing ace Trevor Bauer (27).

The Milwaukee Brewers went into the playoffs this season with a 29-31 record. They finished their regular season placing fourth in the National League Central Division (NCLD).

The Brewers have only been to one World Series, which was in 1982. They ended up losing to the St. Louis Cardinals in the seventh game.

The Brewers’ pitcher Devin Williams is the 2020 MLB relief pitcher. He led the team’s bullpen all year with consistent and strong outings out of the bullpen. With his high 90’s fastball paired with his wipeout changeup, Williams is prepared to be a dominant pitcher for years to come.